Virtual Book Tour Events for the Week of 3/18-24/12
In association with author S.M. Boyce, Jersey Girl Book Reviews is pleased to host the following Virtual Book Tour Event:
The Hidden World Blog Tour of:
Lichgates: The Grimoire Trilogy by S.M. Boyce
Sunday, March 18, 2012 ~ Author Guest Post and Giveaway
Book Description: Lichgates: The Grimoire Trilogy
The Grimoire turns its own pages and can answer any question asked of it, and Kara Magari is its next target.
Kara has no idea what she's getting herself into when she stumbles across the old book while hiking a hidden trail. Once she opens it, she's thrown into Ourea: a beautiful world full of terrifying things that want the Grimoire's secrets. Everyone in this new world is trying to find her, and most want to control the new-found power the book bestows upon her. Even if Kara does escape, Ourea will only drag her back.
Braeden Drakonin grew up in Ourea, and all he's ever known of life is lying. The Grimoire is his one chance at redemption, and it lands in his lap when Kara Magari comes into his life. He has one question to ask the book - one question that can fix everything in his broken world - and he's not letting Kara out of his sight until he gets an answer.
There's no going back now ... 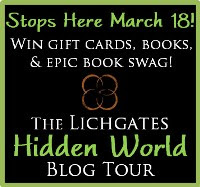 In association with Chick Lit Plus, Jersey Girl Book Reviews is pleased to host the following Virtual Book Tour Event:
She Tells All by Judah Lee Davis
Tuesday, March 20, 2012 ~ Author Guest Post and Book Review
Book Description: She Tells All
After finding a pair of magic stilettos that transform her into the ultimate hot goddess, Madison Miller is certain she will get lucky tonight. But in her quest to find the ultimate hottie, she finds something so unexpected.
Now as she takes a good, hard look at her life, she relives the past that transformed her into a vainglory vixen and realizes an important lesson about why she should NEVER sleep with strangers.

In association with Partners In Crime Tours, Jersey Girl Book Reviews is pleased to host the following Virtual Book Tour Event:
Voices of the Dead by Peter Leonard 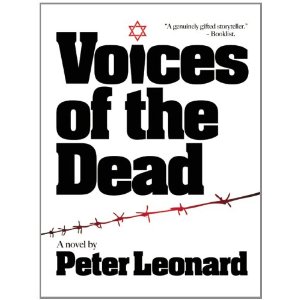 Friday, March 23, 2012 ~ Book Review Only and Book Giveaway
Book Description: Voices of The Dead
The year is 1971. The place is Detroit. Harry Levin, a scrap metal dealer and Holocaust survivor, has just learned that his daughter was killed in a car accident. Traveling to Washington, DC to claim the body, he learns that the accident was caused by a German diplomat who was driving drunk. This is only the beginning of the horror for Harry, though, as he discovers that the diplomat will never face charges - he has already been released and granted immunity. Enraged and aggrieved, Harry discovers the identity of his daughter's killer, follows him to Munich, and hunts him down. What Harry finds out about the diplomat and his plans will explode his life and the lives of everyone around him.
Brimming with action and dark humor, Voices of the Dead, firmly positions Peter Leonard as a writer every suspense fan needs to read.
~ Book Giveaway: All He Saw Was The Girl by Peter Leonard ~ 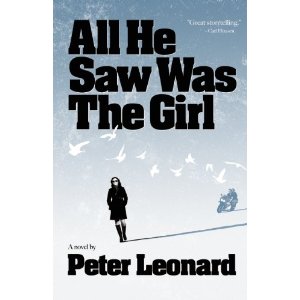 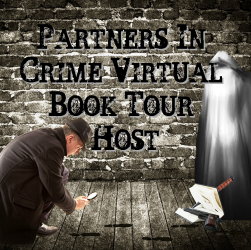 Posted by Kathleen Higgins-Anderson at 9:16 PM