Author Guest Post: Larry Peterson, Author of The Priest And The Peaches

In association with Tribute Books, Jersey Girl Book Reviews welcomes Larry Peterson, author of The Priest And The Peaches! 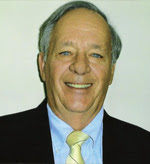 When I began to write The Priest And The Peaches it was taking place in the present. The Peach characters were adults, had families and careers and flashbacks were taking place during dialogue that transported the reader back in time. After about 15k words I left it alone for a few days and when I returned and read it I promptly tossed it. It was too confusing the way it was being presented. I mention this because when I tossed it I also tossed several characters that may, down the road, reappear. Actually, at this point in time, I do not remember who they were. Bottom line, I am glad I did it. If I had not I may never have met some of the characters that followed them and are in the book. For example, the antagonist herself, Beatrice Amon may never have been. Other folks like, "Migraine" Magrane and "Fadeaway" Walker, and even Mr. Levinski, a.k.a "Humphrey Pennyworth" - I would never have gotten to know. I had a lot of fun interacting with these folks, even if they had minor roles in the story. Oh yes, "Little Red" Coffey. I certainly enjoyed working with him.

You asked what might be five things people do not know. What I have discovered in my brief writing career is the fact that most folks have no idea what the life of a writer entails or the work involved, especially when you write a book. They seem to think that you sit around with a pen in your hand or a keyboard on a big wooden desk that overlooks a pretty lake with swans slowly moving about while you pen or peck away creating fabulous prose. Yeah - right! They do not know about the hours upon hours of re-writes, of editing, of proof-reading and then doing it over again and again. They do not know - well, to be fair, I guess I don't know a lot about their stuff either. I do know this - I'm not about to trade places with anyone.


Larry Peterson was born and raised in the Bronx, New York. A former Metal lather/Reinforcing Iron-worker, he left that business after coming down with MS. He, his wife and three kids moved to Florida 30 years ago. Larry began doing freelance newspaper commentary after graduating from Tampa College in 1984.

His first children's picture book, Slippery Willie's Stupid, Ugly Shoes was published in 2011. In 2012, his full length novel, The Priest And The Peaches was released and he is presently working on the sequel.

He also has a blog: http://www.ThePriestandthePeaches.com where he posts weekly commentary. He lives in Pinellas Park, Florida and his kids and six grandchildren all live within three miles of each other. 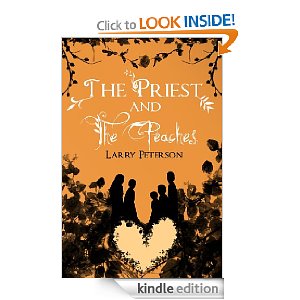 Book Description: The Priest And The Peaches
Historical fiction novel set in the Bronx in the mid-1960s ...
Take a seven day journey with the five, newly orphaned Peach kids, as they begin their struggle to remain a family while planning their dad's funeral.
They find an ally in the local parish priest, Father Tim Sullivan, who tries his best to guide them through the strange, unchartered and turbulent waters of "grow-up world." A story that is sad, funny, and inspiring as it shows how the power of family love and faith can overcome seemingly insurmountable obstacles.

Posted by Kathleen Higgins-Anderson at 3:40 AM