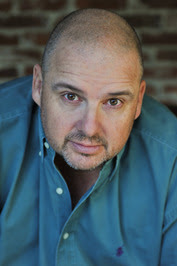 For a long time I’d held a fascination with twelve-step programs that deal with issues such as alcoholism and drug addiction. There are even recovery programs for weight loss and addictions to gambling. So it was no surprise to me when I discovered an entire industry associated with relieving the heart-crushing pain from human loss. It’s called grief relief. And where time heals most emotional wounds, grief counseling promises to turbo-charge that awful process. It made me wonder if something horrible happened to me—if I lost somebody close to me in some sort of tragedy,would I be able to recover? Ever? Let alone, with the assistance of a licensed therapist.
This was one of the compelling ideas that led me to write THE SAFETY EXPERT, a story about a man who, through intense grief relief, has turned the pain of his tragic loss into a business plan. Ben Keller uses technology, statistics, and a healthy dose of paranoia to bubble-wrap businesses and the lives that populate them. Ben’s “recovery” is put under a microscope when he discovers that the perpetrator of the crime that demolished his soul is alive and well, prospering only miles from where Ben has started his new life.
Then came another idea. What if Stew Raymo, the antagonist of my tale, was in his own recovery program like Alcoholics Anonymous—working the steps to bury the bad decisions of his past, thus allowing him to forge a life on the righteous side of the street? Now I had two men who both thought they had moved beyond their past and into a rosy future. All I needed to do was to make each aware of the other and see which was more powerful—the padlock the characters had used to keep shut the door to their past or the need to tangle over their pent-up rage?
By no means is it my intent to malign any recovery program. Those attending, not to mention the volunteers and professionals who run them, are to be applauded for the countless positive results from their heroic efforts. It’s just that the writer in me is drawn to man’s natural struggle between what is intellect and what is primal and  how the hell we’re supposed to balance the two.
That said, I choose to utilize my intellect for informing how I live my life. And my primal side for how I write about it.
About The Author:
Doug Richardson was born in Arcadia, California. The son of a career politician, Doug grew up outside Sacramento and inside the state Capitol. He used to talk his way into then-Governor Ronald Reagan's office, just to get a handful of jellybeans.
Doug left Northern California for Los Angeles to attend the University of Southern California's School of Cinema. For as long as he could remember, Doug had wanted to be a movie director. But in pursuing his goal he discovered how movies are really made: in the writing.
After finishing college, Doug signed a two-year contract with Warner Brothers. In 1989 he garnered national attention when his spec screenplay was the first in Hollywood to sell for a million dollars. Doug's first feature film, the sequel to DIE HARD, DIE HARDER, was produced in 1990. He has since written and produced feature films including the box office smash BAD BOYS and, most recently, HOSTAGE. To date, Doug's features have grossed over 800 million dollars worldwide.
In 1997, Doug's debut novel, Dark Horse, was published by Avon/Morrow in hardcover, followed two years later by his follow up, True Believers.
Doug continues to write and develop for feature films and television. He lives in Southern California with his wife, two children and four mutts.
AUTHOR WEBSITE
FACEBOOK
TWITTER
GOODREADS 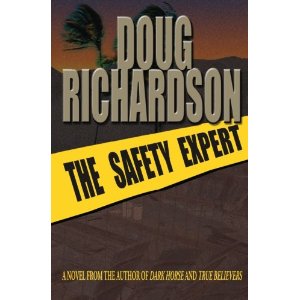 BUY THE BOOK: The Safety Expert
AMAZON
BARNES & NOBLE
SMASHWORDS
Book Description: The Safety Expert
Ben Keller lives life by one simple rule. Safety first. Ben is keenly aware of life's hidden dangers. Ben never smokes. Ben always uses the crosswalk. Ben always drives within the speed limit. He has to because safety is his business. From his home in Simi Valley, California, one of the safest cities in the United States, Ben works hard at living a perfectly normal, perfectly uneventful, perfectly safe life.
And life is god until the past reaches into the present. In the dark of the night, a man crosses a lonely intersection and is struck by a car, setting events in motion that will unravel the finely stitched strands of Ben's cocoon, from a recently retired porn actress who is desperate to be a mother, to a butch cop determined to shield her young son from the whisperings of the queen bee moms at his private school, to the addict who is clawing to hold onto the sobriety that cages the violence within him.
A long dismissed demon has resurfaced, presenting Ben with a most unsafe dilemma: preserve the haven he has carefully built for himself or confront the evildoer who decimated his carefree young life all those years ago.
Ben is in danger. Ben's world is unsafe. Ben's life will be changed forever. Again.
Posted by Kathleen Higgins-Anderson at 3:05 AM