In association with Chick Lit Plus, Jersey Girl Book Reviews welcomes Judah Lee Davis, author of She Tells All! 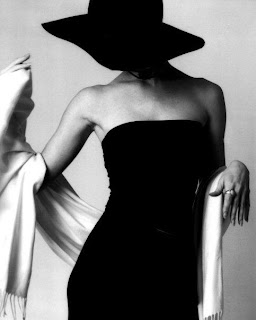 Many Readers, Many Opinions ...

As a new author there was nothing more exciting to me than my book's first reviews. I waited patiently, wondering all the while if my reviewers would like it. Would they laugh or cry? Would they love it or would they hate it? And I thought the silliest thing. I thought that when my reviews started coming in, I would really listen to my readers when they gave constructive criticism. As an Indie writer I can change my book and have it back on Amazon in less than 24 hours. Therefore, I planned to be open minded to the suggestions of my audience. I planned to really listen to my readers, and if need be, alter my work accordingly.

This practice lasted all of two weeks, which is the time it took me to realize that if I try to please every reader, I will need a book bag full of Paxil and a purse full of M&Ms.

Some people said they laughed so hard they cried, but they just didn't identify with the touching moments. They suggested I leave the funny and ditch the sad. Others said they found the funny parts to be offensive and crude, but they loved and identified with the touching  moments and the overall message of the book was meaningful. Some people said they loved the way I said so much in so few words. They said they enjoyed it because I gave them just enough information to imagine the rest in their head, making the book interactive. Others said it lacked the detail that they needed to get truly invested in the characters. Some said they cried and cried, while others said they didn't identify with the sad parts but laughed throughout the entire book.

When I check my book's status on Goodreads, I can often expect to see a five star review one day and a two star the next. People seem to either really connect with it or really dislike it.

As I read the reviews of other books, many times they are similar and have similar ratings. This is amazing to me that the same book could have a similar effect on the majority of readers. That must be a secure feeling for the author to know that all in all, they are a success. But as for my book, I've learned to stay focused on the positive, because it is something that will simply not be everyone's cup of tea.

And that is a good thing. Regardless of the vastly different reviews, there has been one common element; this book is something different that hasn't been done before. My favorite negative review of She Tells All said that the entire book was a bipolar strip tease because it jumps around a lot and is not written with the usual continuity of a typical book. Since the book is written in the first person point of view of a flippant, bitter, bipolar chick, then I receive that negative point in a very positive light. Mission accomplished.

I feel like this book is very original. If it's something that has been done before, no one seems to be aware of it, and I've yet to hear it compared to any other work. Toni Morrison did something outlandish when she wrote Beloved, which was written in a series of strange flashes of words that didn't always go together but somehow effected emotion. There was a strange order deep within the chaos of her strung together words that felt cryptic and very unnatural to read, but was intriguing, engaging and emotional. She was a pioneer in fiction, proving that it was O.K. for writers to think outside the box and create their own unique style.

My influences in writing this book were the Holy Bible, Chelsea Handler's My Horizontal Life, and twenty years worth of morbid journal entries from my college years. My goal was to piece together a book that contrasts the tormented life of a promiscuous girl with the stringent morals and values of the Bible Belt in a humorous and disturbing light. The Pentecostal undertones lying beneath the surface of what appears to be a meaningless string of one night stands weave together a tale of redemption that projects a message of hope, even for someone whose innocence is long gone. And although the underlying message is serious, I hoped to keep my reader in stitches throughout this gritty tale of rebellion, pain and one girl's search for love, or something similar, in her sleepy Alabama town.

Overall I hope that, like it or not, all my readers will be able to at least agree on one thing - this book is unique.


After graduating in Journalism in 2001, Judah Lee Davis has furthered her career as a corporate writer for the past decade. As a result of her training in media, her non-traditional writing style is simple, easy-to-read, and accessible to adult readers at all education levels.

Her debut novel, She Tells All, is written from the hilarious collage of ideas that could only come from living in a small town. From strong Pentecostal undertones to vulgarity of the crudest nature, Davis contrasts the war between good and evil as she chronicles the struggles of a promiscuous girl looking for love, (or something similar) in a sleepy southern town.

Her sequel, Every Woman's Hero keeps the funny coming with even more laughter, more fun, and an even bigger dose of can't-put-it-down humor.

While Davis is hoping to make waves in the world of fiction with her sexy, hilarious series, she currently enjoys lavishing her two kittens with an unreasonable amount of affection, spending time with her family, and keeping up with her day job.


At 21, I thought I had it all figured out. Despite my love for writing, I chose a field that was more lucrative, and I was poised to apply for medical school that fall. I had a serious boyfriend, and I could easily wear my size seven CK jeans.

To months later, my boyfriend dumped me and I gained fifteen pounds worth of jelly roll that poured out over the button of my once-so-friendly jeans. Throwing my hands up in the air, I canceled my plans for graduation, took a good long look at the jelly roll in the mirror, and began to notice some important truths about myself.

I realized that deep down inside, I had a strong desire to tip the couch over in search of change for the rest of my life. I wanted to live off of Ramen noodles and take toilet paper from the gas station. I wanted to be that person who came back for a free refill six hours later, but yet wrote stories for a living and could maybe even be considered happy. So I became an author. 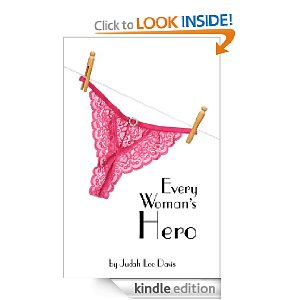 Book Description: She Tells All
After finding a pair of magic stilettos that transform her into the ultimate hot goddess, Madison Miller is certain she will get lucky tonight. But in her quest to find the ultimate hottie, she finds something so unexpected.
Now, as she takes a good, hard look at her life, she relives the past that transformed her into a vainglory vixen and realizes an important lesson about why she should NEVER sleep with strangers.

Posted by Kathleen Higgins-Anderson at 3:04 AM