Made In Nashville by Mandy Baggot (Book Review) 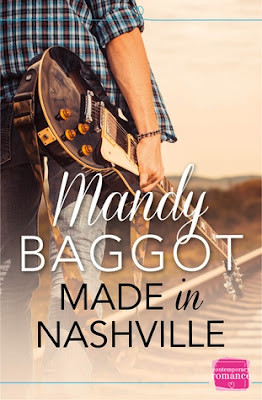 The book is going to be re-published under a new title: One Summer In Nashville on February 13, 2020. 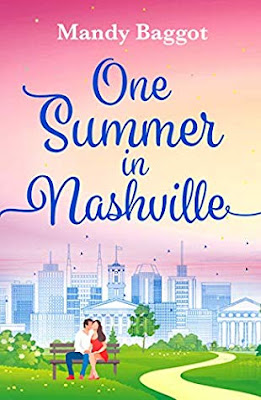 An on-stage attack left Honor Blackwood with more scars than just the one on her face. It’s been ten years since she left her spot as Nashville’s brightest country music star. Is now the time to return? And is she brave enough to do it?

Country rebel and rock star, Jared ‘Jed’ Marshall is hot property on the Tennessee music scene in more ways than one. He’s wild, he’s sexy and everybody wants a piece of him. But when he sets his sights on Honor, is it pure attraction or just distraction on his mind?

Honor’s record label signs the ex-boyfriend that dumped her and suddenly going back to her old life is harder than she thought. Can she get a new contract? Will she get to perform at the Marlon Festival? Or will Dan Steele destroy everything?

When a secret from the past becomes public knowledge it’s no longer just about the music. Are all the people in her life lying to her to get what they want? And who is really behind the anonymous gifts she keeps getting sent?

Ten years ago Honor Blackwood was an eighteen year old rising Nashville country music superstar, until an on-stage knife attack left her face scarred, and her music career gone in a span of two short years.

Jared "Jed" Marshall is the hottest new Nashville country-rock bad boy. He's heading out on his first headlining tour, and is in search of a supporting artist to open up his concerts.

Jared hears one of Honor's songs on the radio, he doesn't know who she is/was, but he is determined to have her join his tour as his opening act. Honor has been hiding behind her fears for ten years while secretly writing songs, and her music label wants her to move forward, get her into the recording studio and back on stage. But letting go of her fears isn't going to be a bed of roses for Honor, she's got a lot of issues to deal with and so does Jared. Can Honor and Jared leave their troubled pasts behind, make beautiful country music together, and find love along the way?

Made In Nashville is a wonderful romance novel that transports the reader to Nashville, the heart and soul of country music. Written in the third person narrative, the author weaves a heartwarming tale of romance with drama and everything country music added in the mix. The story has a lot of depth and emotions as it realistically deals with painful pasts, fears, family and relationship issues, and the Nashville country music scene. As Honor and Jared's story unfolds, it will simply pull at your heartstrings.

The author does a wonderful job with the character development, there are a lot of intriguing layers to both Honor and Jared. As Honor and Jared's story unfolds, the heartwrenching drama and their budding romance is filled with enough suspense, unexpected twist and turns, and a deeply moving ending that will stir your soul.

I really enjoyed reading about Honor and Jared's troubled pasts, and how their romantic relationship progressed as the story unfolded. You can't help but love Jared's bad boy personality mixed with his sweet tenderness toward Honor, as he championed her way back into the Nashville music scene.The colorful supporting cast of characters (especially Mia, a music shop owner and Honor's BFF, is such a fun character with a crazy fun personality), smooth dialogues, and humorous interactions make this one heck of an entertaining read.

Finally, I would be remiss if I didn't express how much I loved that the author featured Nashville and the country music industry in the book. I am a huge country music fan who wants to visit Nashville so bad, and this book has made me determined to do just that! Oh and if that isn't enough, the author has a kickass country music playlist in the beginning of the book to put you in the mood as you read, how cool is that! So come along for the ride, and enjoy the world's best country music that can only be Made In Nashville!

Made In Nashville is a wonderful romantic story that will take you on an emotional roller coaster ride with its dramatic twists and turns, but ultimately it will leave you with a satisfied smile on your lips. 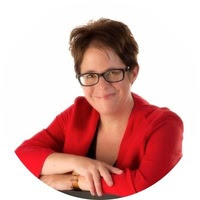 Mandy Baggot is an international bestselling and award-winning romance writer.

The winner of the Innovation in Romantic Fiction award at the UK’s Festival of Romance, her romantic comedy novel, One Wish in Manhattan, was also shortlisted for the Romantic Novelists’ Association Romantic Comedy Novel of the Year award in 2016.

Mandy loves the Greek island of Corfu, white wine, country music and handbags. Also a singer, she has taken part in ITV1's Who Dares Sings and The X-Factor.

Mandy is a member of the Romantic Novelists' Association and the Society of Authors and lives near Salisbury, Wiltshire, UK with her husband and two daughters.

Posted by Kathleen Higgins-Anderson at 11:00 AM 2 comments: