The Silence of Mercy Bleu by Suzan Stirling 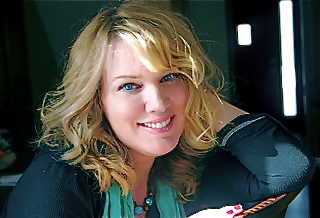 Suzan Stirling is an author and longtime advocate for HIV/AIDS patients and families. Stirling's stories have appeared worldwide and in such publications as POZ magazine, Today's Family, Adoption Today, Betty Confidential and Writing Raw. Her first novel released in March 2012, The Silence of Mercy Bleu, was a semi-finalist in the William Faulkner Novel-in-Progress competition.

A native of Idaho, by the age of nineteen, she has lived in five states, eleven cities, and attended thirteen different schools. It was during this sometimes challenging yet always adventurous upbringing that Stirling developed a love for writing that followed her into adulthood.

In 1996, after a serious bout with illness, Stirling's life took a dramatic turn when she and her two children were diagnosed with HIV, an illness that led her to become a strong advocate for others. Although today Stirling is a picture of health, much like her early struggle with adversity, Stirling's stories often revolve around ordinary people who must overcome tremendous odds.

In Suzan's spare time she enjoys travel and adventure out on the open road. She resides in Kentucky where she lives with her husband, their three children and a fat cat. She is currently at work on her next novel.


Disclaimer: I received a copy of the book from the author's publicist in exchange for my honest review and hosting a virtual book event on my book review blog site.

What if you had one chance to change your life? Would you have the courage to jump?

When Mercy, a runaway with a troubled past returns to the quiet town of Madison, she's determined to make a better life, only how can she? Madison is a place where everybody knows everybody, a town where people still remember the awful tragedy that wrecked Mercy and her family. A young woman harboring a deep secret, Mercy never expected them to come to her aid, and she never expected to fall in love. Just when Mercy thinks she's finally outrun her past, fate catches up with her, and now she must face her worst fear or risk losing everything and everyone she loves all over again.

I kept thinking, She knows why I’m here. I looked down, the weight of shame too much for me to carry. I was a preacher’s daughter. I knew what those protestors were thinking. I knew every thought that was going through their heads––could almost hear their scorn, like a gavel slamming down, even though not so much as one of them had opened their mouths. They didn’t have to say it out loud; I knew what they were thinking because I was thinking the same things too.

Angels––I know they’re real. I’m not talking about the unearthly creatures you see in Biblical paintings with flowing gowns and outstretched wings. I’m talking about real life angels, the ones that just happen to show up when you need them the most, the ones that you don’t even know that’s what they were until long after they’re gone. Be it a small kindness or a full on rescue, you know they’re angels because of what they do… They save you.

My daddy’s a preacher. I say that like it should explain everything, but I know it doesn’t. It’s just that sometimes I think he cares more about keeping up appearances than he does about me. I know I’m a disappointment to him; the way I dress, the way I just am. He’s so worried about clothes I wear and what music I’m playing, he’s overlooked the obvious for some time now–what’s buried underneath the punk t-shirt and combat boots–just me.

Gwen is losing weight. She won’t eat and she won’t talk to me anymore. There are more hospital stays and tests, but still, they have no answers. There is another doctor, a specialist that Mama has found all the way in Ohio. It’s a two-hour trip, but she makes the appointment anyway. Mama is hopeful and I hear her tell Daddy that she knows this doctor will help. He is the best, she says. But we never make it there.

I was with Gwen when her heart first started beating, and I was with her the moment it stopped. My sister–there was nobody like her and there never will be again. She was five years old the day she died; all she really wanted was to be six–only she never got the chance. I’ll die the same way my sister Gwen did, the same way as Mama. It was stamped into my DNA and I couldn’t change any of it. I’d be lucky if I lived to see the ripe age of twenty-five. AIDS––she was the awkward wallflower in my dance of life and she was crashing the party.

My life wasn’t perfect, nor would it ever be, but right now was a good day. And a good day, I was beginning to realize, wasn’t always one full of sunshine and ease. Sometimes, a beautiful day lay waiting, in disguise. A beautiful day could last a lifetime or just a heartbeat. It was for me to decide. It was for me to choose. I had a choice and now all I had to do was make it.


Mercy Bleu has been living with a family secret since she was born, a secret that she couldn't tell anyone ... that is until she told her ex-best-friend Webb Horner, who betrayed her trust and word got around her high school, where she was treated like a freak and suspended by the school because they had "concerns." This family secret was that she had been born with HIV, as had her twin sister Gwen, it had been passed on to them by their mom in utero. Both her mother and twin sister eventually died from AIDS, leaving the burden of carrying the family secret to Mercy and her father. Knowing she had made a mistake by revealing the family secret and causing her father anguish and shame, Mercy runs away from home at the age of seventeen to restart her life. She settles in Rochester and gets involved in an abusive relationship with Damon Marino, a druggie who physically and emotionally abuses her, gets her pregnant and insists she gets an abortion. Unable to go through with the abortion, her boyfriend beats her, and she knows that she has to leave him. Unsure what to do next, her father's sister, Aunt Lola, calls Mercy with the sad news that her father had committed suicide, he had late stage pancreatic cancer, and spent his last days at his  parent's farm before shooting himself under the tree at Willow Hill farm where his parents are buried. He had left her a letter requesting that she fulfill his last wishes. It had been two years since she last talked with her father, and now she didn't have the chance to make things right with him, but she decided after four years of being away, she would return to her hometown of Madison, Indiana to rebuild her life and fulfill her father's dying wish.

The Silence of Mercy Bleu is a powerfully inspirational story that will leave an imprint on your heart and soul. The storyline is beautifully written told in the first person narrative by Mercy, with flashbacks to the past that provide glimpses into her family life. Mercy's story is about her journey to overcome the stigma and the emotional, physical and spiritual challenges that come with living with HIV/AIDS. Mercy rebuilds her life in her hometown, where she learns to believe in herself and not be defined by the disease that she has, to open herself to trust and love others, and to live her life with hope. The author provides characters that are realistic and complex, the readers are able to relate to them. You can't help but embrace Mercy, she is a strong woman who has learned to persevere and overcome through life's obstacles with dignity and grace. I think that the author provides a nice balance between the subplots of Mercy living with HIV/AIDS with her romance with Cole, it lightened up an otherwise heavyhearted story and showed that even with this horrible disease love can still be found.

The Silence of Mercy Bleu is a story that encourages and empowers people to have hope and faith when dealing with adversity in life. Through this story, author Suzan Stirling weaves a tale that enlightens and educates her readers about HIV/AIDS with compassion and honesty that is truly inspirational. This is the debut novel for Ms. Stirling, and I applaud her for writing a story that embodies what she and her family personally have been dealing with in their lives. It takes a lot of courage and passion to champion a cause so close to her heart, and I truly admire her dedication to the advocacy of promoting awareness about HIV/AIDS. This is a story that everyone should read, it will resonate with you long after the last page has been read.