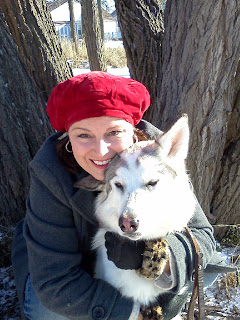 When I began The Last Degree, my debut novel, I set out to fictionalize the workings of secret societies. Endless hours of research later, the story got underneath my skin. I talked myself into accepting New World Order as truth. The same names kept on repeating: Freemasonry, Bilderberg Group, Bohemian Club, Council of Foreign Relations, Trilateral Commission, Illuminati, UN, and Club of Rome. These inner circles are suspected of plotting to take over the world.

Once I combined the research with current events and Biblical prophecy, I magically created a piece of fiction that could pass as prediction. Several months later, more conspiracy continues to fan the flames of my crazy thinking. Does anybody remember Anders Behring Breivik, the Norwegian Freemason who massacred 91 people last summer? Was he acting alone like ... Lee Harvey Oswald? Let's not forget the underground compound of the Denver airport. What's that all about? And then there's HAARP - is it responsible for Japan's 2011 earthquake, tsunami, and nuclear crisis? The timing worked out well for the U.S. auto industry. My new soapbox, the sudden heart attack of 43 year old Andrew Breitbart, has caused major speculation among conservatives. Shortly before his death he claimed to have incriminating tapes on our Commander-in-Chief.

Please leave a comment about your take on any conspiracy theory.

Dina Rae is a new author here to stay. As a former teacher, she brings an academic element to her work. Her two novels, Halo of the Damned and The Last Degree, weave research and suspense throughout the plots.

Dina lives with her husband, two daughters, and two dogs outside of Chicago. She is a Christian, an avid tennis player, movie bluff, and self-proclaimed expert on several conspiracy theories. When she is not writing, she is reading novels from her favorite authors: Dan Brown, Anne Rice, Brad Thor, Jim Marrs, Alex Jones, C.C. Finlay, and Preston & Childs. 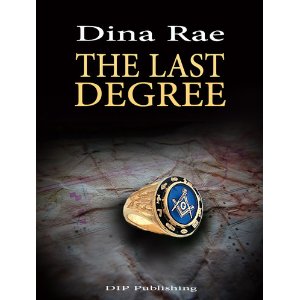 The Last Degree is a fictional account of how the New World Order plays out in modern day. Freemason Supreme Council members accelerate their plans for a one world government. Rory Schanck, the ultimate insider, sabotages the Supreme Council's progress. Once discovered, he's found dead in an alleyway. He leaves his sister a stolen fortune and book of ancient prophecy. Feeling threatened, she opts for underground living.

Chicago Detective Dan O'Leary almost solves the Schanck homicide, but is forced to resign. Instead of living in a quiet retirement, he begins a new career as a survivalist compound specialist. Like his clients, he prepares for a global takeover.

James Martin, an eccentric hermit, is reluctantly used as God's mouthpiece. He and his compound are trained by Dan to fight off New World Order.

The world is divided into ten regions. A shadow government emerges, dictating new laws and eradicating their opposition.

Per the speech below, would you vote for him? Why or why not?

"I say what I mean and mean what I say. My words are neither eloquent nor sophisticated, just the simple ramblings of a novice politician. A couple of years ago I lost my job as an architect. I almost lost my home, cars, well everything. My wife and I were living the American dream. The only problem was that we couldn't afford it. Any of you have credit card debt? Late with your car payments or mortgage? Don't know how you are going to pay for your kid's tuition? And then you lose your job. A bad situation turns into a desperate one. I got lucky. My best friend and campaign manager, Roger, set me up with a job. Others of you don't know someone as great as he is. What do we all do when we don't have a job? Time to watch lots of TV, right? Don't you all feel good when you hear about the millions, billions, and even trillions pissed away by Washington? We’ve all heard how broke our government is, yet they continue to borrow money from certain countries so that they can give it away to other countries? They call that 'foreign aid.' Kinda like the town drunk buying the whole bar a round and then putting it on his never-ending tab with the bartender. Except our bartenders are China and Saudi Arabia, and soon they will want us to pay up …OR. Not sure what the OR is, but it won't be pretty. And I'm scared. Anyone here wh can't afford your medical bills? Yet people who are here illegally don't have to worry. They somehow qualify for Medicaid. Again, you turn on the TV and get mad. You hear about bailout programs for Wall Street, unethical banks, and businesses that get your tax dollar to save their skins. What about you, your family, neighbor, or friend having to go out of business? Do you get any kind of bailout plan? And what about the auto industry...”
Posted by Kathleen Higgins-Anderson at 3:06 AM