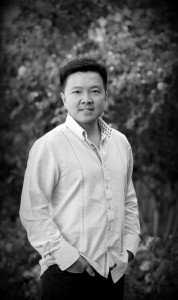 The Ever Changing Life Of A Writer
By Joshua Graham

Just when you think you've learned the ropes and mastered your system, things change. Isn't that just the frustration of life? You can lament the fact that things keep changing and throw your hands up in defeat. Or you can embrace it and use the changes to your advantage.

As a writer, some things will never change. Writing involves creating characters for stories that challenge them and cause dramatic changes which reveal their true nature. So you always have to come up with the basic elements: character, setting, conflict.

However, one of the things that keep changing is the business of publishing.

There was once a time when in order to get your book published you had to print out all 400+ pages, find the name and mailing address of an editor, type and print out your query letter, your synopsis, your SASE (if you don't know what that is, then you're either a very young writer, or not a writer at all) and pack them all into a box or large enough envelope and drag it down to your local post office.

I remember a year when I submitted about 23 short stories to Pocket Books one year. I sent them all via priority mail, but at $3.75 each, it really added up. And this is not to mention that it took about 30 minutes just to print everything and pack it up. If you were sending a novel to say 10 editors, then the printing time for each manuscript would be about 10 times as long PER copy.

As you can see, it could easily take an entire day to submit your manuscripts to several editors the old fashioned way. Nothing wrong with this, some editors still insist on this method.

But then things started to change.

Writers began daring to think outside the proverbial box and break the "rules" and "guidelines" of submission with the hope that their books were good enough to cause the editors to overlook the fact that the submission guidelines were overlooked (e.g. send hardcopy only, no unagented submissions, etc.). They started sending their query packages via email. GASP! Yes, email.

Soon, many editors began to see that this was not only a "green" method, but a more efficient one as well. I used to send paper submissions and got very little response. Not even rejection letters. But as soon as I started sending email queries, I began to get replies within days. Some of them were form rejections, others were requests for full manuscripts, and still others were very encouraging rejections which praised my work, but stated their publishing line was not a good fit based on the genres they publish.

Eventually, I gave up paper queries altogether. It became an economic impossibility to sustain, and it took way too much time. Most of all, it yielded the least results.

I sent email queries for my book Darkroom and it was eventually acquired by Simon & Schuster / Howard Books and it was published in May 2012.

This is just one of the many ways the publishing industry has changed. It may not be the most dramatic change, but it has made my life a lot easier. And it works.

WINNER OF 2011 INTERNATIONAL BOOK AWARDS, Amazon.com and Barnes & Noble #1 bestselling author Joshua Graham's novel Beyond Justice is taking the world by storm, one reader at a time. Many of his readers blame him for sleepless nights, arriving to work late, neglected dishes and family members, and not allowing them to put the book down.

Suspense Magazine listed Beyond Justice in its BEST OF 2010, alongside titles by Scott Turow, Ted Dekker, Steven James and Brad Thor.

Joshua Graham grew up in Brooklyn, NY where he lived for the better part of 30 years. He holds a Bachelor and Master's Degree and went on to earn his doctorate from Johns Hopkins University. During his time in Maryland, he taught as a professor at Shepherd College (WV), Western Maryland College, and Columbia Union College (MD).

Today he lives with his beautiful wife and children in Southern California. Several of Graham's short fiction works have been published by Pocket Books and Dawn Treader Press.

Writing under the pen name Ian Alexander, Graham debuted with his first Epic Fantasy novel Once We Were Kings, an Amazon #1 Bestseller in multiple categories and Award-Winning Finalist in the SciFi/Fantasy category of The USA "Best Books 2011" Awards, as well as an Award-Winning Finalist in the Young Adult Fiction category of The USA "Best Books 2011" Awards, and an Award Winner in the 2011 Forward National Literary Awards in the Teen/Young Adult category. Once We Were Kings is available in ebook and hardcover editions.

His next Suspense/Thriller novel, Darkroom (Simon & Schuster/Howard Books) was released on May 1, 2012. 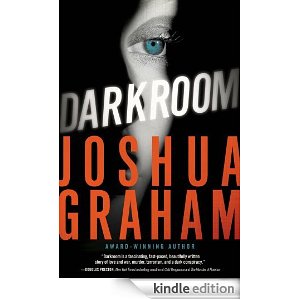 After scattering her mother's ashes in Vietnam, photojournalist Xandra Carrick comes home to New York to rebuild her life and career. When she experiences supernatural visions that reveal atrocities perpetrated by American soldiers during the Vietnam War, she finds herself entangled in a forty-year conspiracy that could bring the nation into political turmoil.

Launching headlong into a quest to learn the truth from her father, Peter Carrick, a Pulitzer Prize Laureate who served as an embedded photographer during the war, Xandra confronts him about a dark secret he has kept - one that has devastated their family.

Her investigations lead her to her departed mother's journal, which tell of love, spiritual awakening, and surviving the fall of Saigon.

Pursued across the continent, Xandra comes face-to-face with powerful forces that will stop at nothing to prevent her from revealing the truth. But not before government agencies arrest her for murder, domestic terrorism and an assassination attempt on the newly elected President of the United States.

Darkroom is a riveting tale of suspense that tears the covers off the human struggle for truth in a world imprisoned by lies. 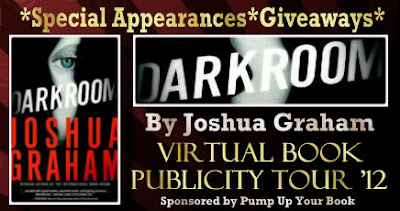 Posted by Kathleen Higgins-Anderson at 3:06 AM