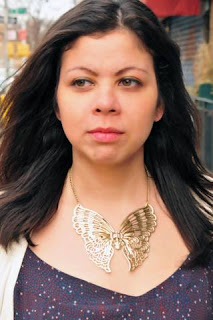 The Fear of Writing
By Rachael O'Bryan

Writing for me is where I found my voice. I can be pretty quiet at times, unless you get me going on the right topic. But expressing my innermost thoughts are usually better conveyed through my keyboard or pen. However, when you write and want to be a writer and dream of making a career out of it you have to be prepared to have people read your product. And since I draw most of my writing from my personal experiences, it means you have to expose people to the core of who you are. So when I had an idea to write Unlocked it seemed like a great way to finally rid myself of some baggage and also share my experiences through the character Rebecca so that other women and girls could learn from my mistakes. I found it empowering and therapeutic as I typed away and edited my stories. I decided to self-publish my book through www.lulu.com and was so excited in November 2010 when I could finally hit the last key to create my book. It was a proud moment. I posted the link on Facebook and dreamed of selling a thousand books, a goal that I have yet to reach. Suddenly though the excitement was replaced with panic and fear. I knew my first, and possibly my only, customers would be my friends and family and this book would allow them to know me through getting to know Rebecca. Of course they knew me already, but they would know parts of me that I was ashamed of. They would know first hand my struggles with making friends and self-confidence. It was scary to think that people would know things about you that you tried so hard to cover up for years.

Despite these concerns, the response from my friends and family though wasn't judgmental or patronizing - it was supportive and caring. One of my friend's referred it as emotionally courageous. I think that's one of the nicest compliments I have ever received.

Even with this positive feedback, it still scares me sometimes to share it. I know my stories, although fictional in parts, are very personal still and they don't necessarily have an ending of happily ever after or even happily for the moment. What I want the reader to leave my book with is that you can overcome a lot and to realize that you deserve better sometimes. But even with that positive message, a lot of baggage is shared through the pages. This makes it difficult to share my book with certain people. Probably the hardest audience to mention my book to is guys I meet. While I think saying that I wrote a book is an interesting fact to share, it's always followed up with what is the book about. If it was completely fictional I would have no problems sharing, but because so much is based on my experience with guys it's not a conversation I ever want to have upon meeting a guy for the first time. It's a lot to share at first. I do love my book. I think it really represents some hard things I went through. I think it also represents how a  person evolves. I'm proud of it. I hope other people can relate to it. I certainly don't regret writing it. But someday (hopefully in the near future) when I'm dating some guy and he asks to read it I'm not sure if I'll be ready for that. My book helped me grow a lot. It helped me let go of a lot of problems from my past, but I'd rather slowly reveal it to some guy as he got to know the present day me and not the me that Rebecca's past represents. I think I'm in a better place now and I think writing helped me get there. I love sharing my thoughts with others, but I really think knowing your audience is important. And when the writing travels to the wrong audience it can be a little scary. It's hard to bare your soul and for me that's what a lot of my writing is about.

Rachael O'Bryan grew up in Louisville, Kentucky. She attended college at Temple University. After college she pursued her law degree, starting off at Tulane University and then graduating at American University. Rachael is a lawyer, but pursues writing in her free time. Besides writing Unlocked, she keeps a blog at http://rachaelsnewyork.blogspot.com/. Also, on June 1st she launched her own business - an online women's magazine. The magazine is operated under Rachel Magazine LLC. The self-titled magazine is geared towards professional women in their 20s and 30s that want it all. You can subscribe at http://rachaelmagazine.com/. When Rachael isn't working, writing, or running her own business she enjoys reading, traveling, watching The New York Mets, and following the University of Louisville basketball team. She currently resides in New York City. 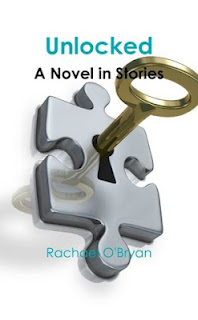 This is a novel in stories about the impact people can have on a person's life. It discusses the main character Rebecca's relationships with some of the athletes she met while working as a tutor in college. It's a book that deals with learning from one's mistakes and trying to move on. It touches on love, friendship, heartache, acceptance, and self-confidence, among other issues. The stories in this book are based on some of my own experiences and I hope that people will find them relatable.

I was just eighteen, leaving all I knew behind in Louisville, Kentucky and making my way up north to Philadelphia. I was a little nervous because I didn’t know anyone there, but for the most part I felt ready. Many people doubted my ability to stick it out on my own because I was shy. However, I knew I could succeed and the doubts only made me want to prove people wrong. I was confident in my ability to overcome any challenges because I thought I was “smart.” Not just book smart, but smart in general. I made good choices, or so I thought. I didn’t touch alcohol. Never smoked. And of course “just say no” to drugs was embedded in my mind. I refused to attend frat parties regardless of the fact that they were just across Broad Street from my dorm because somehow I felt better than that. However as prepared as I was for getting A’s and avoiding illegal substances, I was never prepared for how one small ten dollar an hour job would profoundly change the direction of my life. None of those how to books on college, none of the advice from anyone I knew before heading out had bothered to mention “beware of the football players.”