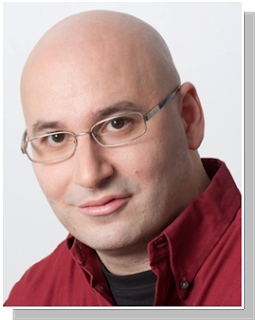 I was only 8 years old when the power went out that night in the trailer. It was supposed to be a typical summer vacation in Upstate New York. My family’s presence comforted me—but that feeling dissipated as soon as I looked out the window. I couldn’t see it, but I felt it. As everyone scampered about, trying to figure out what killed the power, I sat entranced by the window, focused as an owl tracking a field mouse. The interior darkness granted me an adequate  view of the moonlit woods. It didn’t take me long to spot it, but the relative distance meant that I saw it very faintly. But clear enough.

One of those trees out there had a bloodshadow.

I felt like I was having an asthma attack. My heart thumped under the influence of demonic terror. The vague shadow grew more lucid as it held my eyes captive. Somehow I felt that it revealed itself to me while obscuring itself from the rest of my family. I knew that it would have been useless to point out the ominous shadow—they would never have seen it. In fact, it would only have jeopardized their lives. I felt this thing communicating with me via some extrasensory means. I had to remain silent. And I did.

The power suddenly came back on. I couldn’t see the ominous shadow against the glare of the interior lighting, but that didn’t matter; I felt that it was no longer there. Its presence had vanished as quickly as the power in the trailer did.

Evidently, I had quite an imagination as a boy. But even as an adult, I still ponder, what if that thing was real? What if there really was a bloodshadow out there that night? Holy God…

That harrowing thought inspired the visceral tale of the “Chroma” and its bloodshadow.

The Chroma is based on both psychological and survival horror. A small group is stranded in the woods, which are inhabited by natural predators and an unearthly psychological terrorist. John, haunted by the guilt of abandoning his younger brother, embarks on a getaway with the hope of reconciling the past. The Chroma feeds on John’s guilt like a parasite, determined to destroy him through deception and chaos. The unprecedented Chroma translates into an unpredictable plot, and the action is fast, intense and realistic. As with my “encounter,” you won’t be able to forget the Chroma.

A native of new York City now residing in Brooklyn, Jake Farrow earned an associate degree in liberal arts from Kingsborough Community College and a Bachelor of Arts degree in English from Brooklyn College. A train operator for the Metropolitan Transit Authority, Farrow is a movie and science fiction enthusiast with a passion for combat aircraft and military history. The Chroma is his first novel. 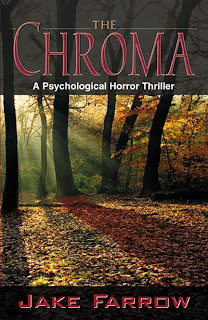 The Chroma is a psychological horror story involving a Chroma, which inhabits trees and casts bloodshadows that create unpredictable and unthinkable horror for two brothers and their friends trying to survive in the Canadian wilderness. This novel centers on the adventures and misadventures of John who, haunted by the guilt of abandoning his younger brother Michael, embarks on a getaway in the Canadian outdoors in an attempt to reconcile with him. En route, John encounters the Chroma, in the form of a tree with a bloodshadow. The Chroma latches onto John's guilt like a parasite.

The Chroma capitalizes on everything from the habitant predators to the traitorous member of the group to achieve its unprecedented purpose - to sever the bond between brothers with the use of deception but without the use of coercion, to patiently acquire the demise of the senior brother.

Chroma: “More specifically, chromatics is the science of colors. Color intensity. Amusing. But that earthly definition bears only one trivial resemblance to me. I’m neither black, white nor gay.” John raises his brows and smirks: “Don’t you mean gray?” “Surprised I have a sense of humor, John? Trying to reason with you, after all, is just as laughable as a man talking to a tree.”

“I am not truly talking to you, although you would swear that I am. Also, I can only talk to you in this manner while we’re both unconscious. Furthermore, as I am the channel and you are the conductor, I retain partial authority over your consciousness. You do not.”

The Chroma has accomplished its transition. It seeped into Jason as it did the tree, thereby “synchromating” the defenseless victim. Thus the hellish entity derives its unholy name, an abbreviation of Synchroma, translated as synchromater. Synchromation, or synchronic mating, is the domination of a life form through its bloodstream, an intricate ability unique to the Chroma.

A few yards away from Jason, the silver Magnum answers with an unequivocal gleam. John’s relief is quickly replaced by unsettlement as he realizes that Jason isn’t bleeding at all, despite his gaping wounds. There’s an abundance of distinctly visible blood surfacing on his injuries, but somehow none of it is spilling out, as though fake blood.

A mother helplessly incarcerated in an isolated tomb of darkness – haunted by the selfless worry for her only child – can create for herself an unspeakably agonizing hell without equal, without order, and worst of all, without end, until the unrelenting torment is finally overthrown by death.

Fire normally lives on oxygen and a combustible source, but bloodfire only feeds on one thing, blood.
Posted by Kathleen Higgins-Anderson at 3:04 AM