Best-selling mystery novelist Trevor Hughes has no idea that attending his twentieth reunion at Harvard will forever change his life.

Persuaded to go by his on-again-off-again girlfriend, Dr. Julia Magnusson, he meets up with three old friends: Solly Rubens, a self-made Wall Street millionaire; Ken Faust, a successful software entrepreneur; and Harlan Astor, New York real estate tycoon and the glue that holds their circle together.

That afternoon, over drinks at the Harvard Club, Harlan drops his bombshell: He is doing what James Cameron did not - he is rebuilding the Titanic, and sailing the ship on the hundredth anniversary to honor those who died including his great-grandfather, John Jacob Astor IV. Only Trevor is intrigued by Harlan's audacity. Touched  by his friend's interest and concern, Harlan invites him on the maiden voyage to serve as the official chronicler.

On April 10, 2012, Trevor journeys to Southampton and, along with the hundreds of handpicked passengers, boards the Titanic. He is awed by the immensity of the ship and the feelings that well up in him. His friend has made his grand dream a reality.

During the journey, armed with his iPod Touch and a miniature wireless camera hidden in his glasses, Trevor interviews both passengers and crew, eager to learn the reasons why they chose to sail on the reborn ship.

Nearly everyone of them claims to have been profoundly affected by Cameron's film, wanting to recapture the magic for themselves. And some of them are dying - their last wish to be on the maiden voyage of the new Titanic.

Trevor is touched that his friend has allowed these people to come aboard, and is unprepared when he meets Madeleine Regehr, a beautiful, free-spirited woman who resists his entreaties to be interviewed, intriguing Trevor all the more. Slowly, and inexorably, Maddy draws him out of his shell, allowing him to love deeply and completely, for the very first time in his life.

But Trevor soon discovers a darker purpose for the voyage, a purpose that threatens to destroy him and the the woman he loves. In a race against time that pits friend against friend, Trevor must stop the unstoppable or risk a horrific replay of history ...

In 1935 and early 1936, three cousins were born into tight-knit families in Ferriday, Louisiana. Rare piano talent, strong parental relationships, the Pentecostal church, family struggle, and a variety of musical influences worked together to produce men who changed twentieth-century music and culture. The individual stories of these three cousins illustrate their varied paths from small-town America to a world stage. Woven together, the collective story becomes even more compelling and amazing.

Unconquered is a story so unlikely that it would not be believable if written as fiction. It tells of rock 'n' roll legend Jerry Lee Lewis, televangelist Jimmy Swaggart, and country music star Mickey Gilley. These very different men, raised in the same time and place, with similar talents, were fated for entirely different destinies even as their lives would always be profoundly intertwined. Born into poverty, each man, in his own way, would become an iconic figure blessed with the ability to thrill and inspire.

The story's touchstones of music, perseverance, and faith could wield such force only in the American South. There, in the Louisiana lowlands' Concordia Parish, their story began in the midst of the Great Depression.

A Killer Stalks His Prey ...

A calculating and deadly killer is in search for what he terms as his perfect family. Preying upon single mothers and their innocent children, the police have dubbed him "The Family Man."

He plays out his role as the perfect father. When things don't go so perfect in his insane fantasy world, the family man kills.

Holly Jennings Is On The Case ...

Crime Scene Investigator Holly Jennings of the San Diego Police Department is determined to track him down and see that justice is served. With Holly being a single mother herself, this man's crimes are deeply personal to her, and turn more so when a friend and her daughter become the latest victims of "The Family Man."

Along with tracking an evil killer, Holly is dealing with her own internal demons. She is raising her daughter Chloe alone after the death of her husband - a death she feels guilty for.

To complicate her life further, Holly is doing her best to avoid possibly falling in love again with charming veterinarian Brendan O'Neil. As Holly delves deeper into solving the murders, she finds herself being sucked into a game of cat and mouse by "The Family Man," that may lead her down a dark path too horrible to bear. One that may cost her gravely - her family, her new found love, and even her life. 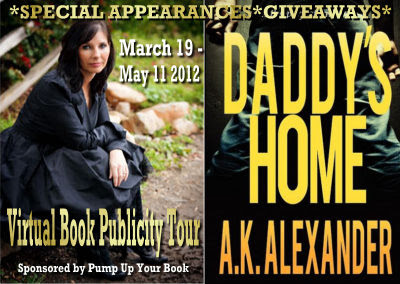 Waking Up Happy by Jill Muehrcke 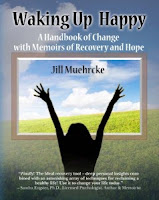 Waking Up Happy: A Handbook of Change with Memoirs of Recovery and Hope ...

There are many reasons why you may want to change your life. If you're in a relationship that's diminishing rather than enhancing your best self, or if you're eating the wrong foods, hurting your body, or doing other self-destructive things, you know, deep inside, that you can't continue on that path. And as you pass through different phases in your life - as you become a parent, for example, or an empty-nester or a retiree - radical adjustments are necessary.

Changing your life isn't easy . It means learning to know yourself. It means creating yourself anew. Because you're both the sculptor and the stone, it's a wrenching task.

And yet every sculptor knows that the piece of art that's meant to be already exists: It's a matter of carving its essence from material that's already there. When asked how the granite bear came to be, the sculptor says, "I just cut away everything that wasn't a bear."

Everyone's life cries out for transformation. If you don't change and grow, you die: Bit by bit, day by day, your innermost soul dwindles and perishes. The cost of not continuing to grow is ultimately feeling half-dead.

You're the artist of your own life. All you need to do is pick up the tools for change and begin to use them. Each false start is a carving crucial to the final piece of art, paving the way for you to sculpt your greatest creation: the beautiful self that lies within the stone. 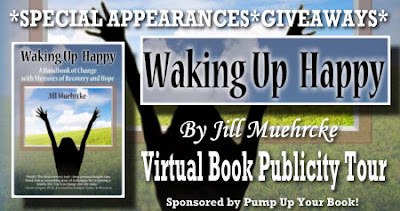 Hope Road: a psychological mystery - You can't change your past. But what about your future?

John Ray, son of crime boss Antonio "Tony" Ray, is the straight one of the family. With a successful business and a lifestyle to match, he wants nothing to do with his father's criminal world. But what does that world want with him?

A young prostitute is found dead in John's car, and Freddy Metcalfe, his best friend and employee, is framed for her death. Freddy denies everything but it's an open and shut case: he's going down for murder. John sets out to find the real killer.

But things get complicated. A stash of counterfeit money was also found in John's car, and the police seem more interested in that than in the dead girl. Then Lanny Bride turns up; one of the north's most ruthless criminals (and an old friend of the Ray family), Lanny is desperate to know who killed the girl. But why? Meanwhile, Freddy is too scared to talk to anyone, even his lawyer.

John's police detective girlfriend, Denise Danson, has been warned off the case by her boss. But she doesn't believe Freddy is guilty, and secretly helps John look for the murderer. The problem, though, is that uncovering the shocking truth about the girl's death will force John to confront his own criminal past and risk destroying his future, as well as losing the only woman he's ever loved.

A novel set in the English city of Leeds, this is the first crime-mystery in the LS9 series.

Posted by Kathleen Higgins-Anderson at 6:42 PM