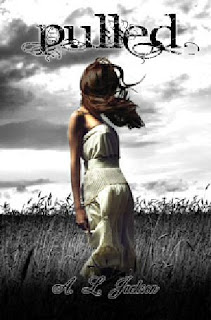 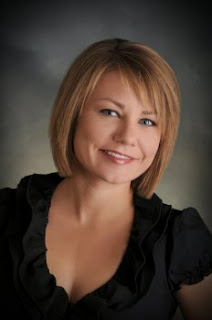 A.L. Jackson first found a love for writing during her days as a young mother and college student. She filled the journals she carried with short stories and poems used as an emotional outlet for the difficulties and joys she found in day-to-day life.

Years later, she shared a short story she'd been working on with her two closest friends and, with their encouragement, this story became her first full length novel, Pulled.

A. L. resides in Southern Arizona where she lives with her husband and three beautiful children. Her favorite pastime is spending time with the ones she loves.


Disclaimer: At the request of the author, publisher and CBLS Promotions, a PDF edition of the book was sent, at no cost to me, for my honest review and participation in the virtual book tour event.


Melanie Winters and Daniel Montgomery shared a love most only dream of, a love they believed bonded them together for life. When their world is shattered by the tragic loss of their daughter, overwhelming grief and misguided guilt distorts the truth, and their relationship ends in uncertainty and unanswered questions.

For nine years, they drift through life, each unable to forget the one who holds the strings to their heart. In an attempt to escape the pain of her life, Melanie finds herself trapped in a loveless marriage, while Daniel loses himself in a career that means nothing without Melanie by his side.

Now, when their lives again intersect, neither can they deny the connection they felt so long ago.

But will the power that drew them together be enough to heal the wounds from their past, and will they have the courage to overcome the insecurities and fears that threaten to keep them apart?

Pulled is a story of attraction and separation, of destiny and duty, of a love so strong it refuses to give up even when all others have.


I glanced at the clock.

Shit - nearly six o'clock. I needed to hurry. I'd lost track of time and Nicholas would be home soon. I wiped the tears from my face before carefully gathering the pictures from the bedroom floor. My chest weighed heavy as I collected each one, cherishing the memories a moment longer as I tucked them away in the envelope.

The memories were all I had and I clung to them as if they were my last breath, knowing that once they faded, there would truly be no reason to go on. I hid the envelope at the bottom of the large jewelry box in the back of the closet, mindful to spread the necklaces out over the hidden compartment. Nicholas had never found them, but I was certain he would destroy them if he ever did.

Drawing in a deep breath, I ran my hands through my hair and dragged myself from the past I had immersed myself in for the last two hours and forced myself downstairs.

My footsteps echoed against the marble floor, each an accent of emptiness. I entered the kitchen, the only sanctuary I had. Every room of this house was gaudy and overdone, designed by the pompous for the pompous, except in this haven. It was no less extravagant, but held a warmth missing from all of the others.

As I worked, my thoughts inevitably wandered back to those beloved pictures hidden away in the back of my closet, but even they weren't enough to ward off the anxiety steadily building within me as the passing minutes warned of Nicholas's arrival. At six thirty-one, I heard the garage door open. Bile rose in my throat.

"Melanie?" Nicholas called from the entryway.

"In the kitchen," I called weakly. Maybe he would go upstairs and spare me a few more minutes, but of course, I never had that kind of luck. I heard his footsteps approaching and prepared myself.

"Dinner ready?" He yanked at his tie as he came through the door.

"Um, not quite, just a couple more minutes," I said, not meeting his face.

I felt him pause, though I refused to look up. I'd learned a long time ago how to survive in hell. The less I interacted with him the better.

He snorted through his nose, muttering, "Worthless whore," under his breath.

I gritted my teeth, holding in the anger his accusation triggered.

He set his briefcase on the island next to me and tossed his tie over the top of it. "What time do I get home from work, Melanie?" Nicholas dipped his head, forcing me to look at him.

"Is it too much to ask that dinner is ready when I get home?" he said, "or do you have something better to do with your useless life?"

I cringed but said nothing. He was the one who didn't want me to work.

I saw the threat in his eyes. He had never hurt me physically, but he made sure I knew who was in charge. I'd given up any control nine years ago when I'd followed him here to Chicago, looking for an escape from the pain.

I knew then what this life would be like. I'd met him at the airport when I'd fled Colorado that final time, the trip that severed the last thread holding my heart together. Nicholas hadn't seen the broken girl who sat numb with nothing but pain swimming in her eyes. He saw the young, beautiful girl, the one who said nothing at all but seemed to be willing to do whatever he said.

I wasn't stupid. I had known exactly what he wanted, but I could never go back to Colorado Springs to face what I could no longer have, and I refused to stay with my mother in Dallas.

So I left all of it behind, moving with Nicholas to Chicago just days after I returned from Colorado.

I knew then Nicholas would never bring me happiness. That had never been the point. My heart belonged to another and would never be his. All I wanted was a way out, while Nicholas got the trophy wife he thought he deserved. The only thing I hadn't anticipated was how the numbness I felt for him would evolve over nine years into bitterness and loathing.

Pulled is an amazingly profound love story that touches the hearts of those that believe in true love and the idea that soulmates really do exist. It is a story of a heart wrenching journey that spans over twelve years for Melanie and Daniel, whose young love drew them together from the first day they met, only to have it torn apart by tragedy and misunderstandings after two years of being together. Nine years later, fate or maybe it was destiny has once again brought them together, and their mutual soulmate's energetic pull has rekindled the longing that has simmered below the surface after all those years apart. But their coming together is not an easy one, for they must overcome some very hard and threatening obstacles to finally have redemption and a second chance at love.

The storyline is both powerful and compelling, it is told in the first person narrative with alternating chapters between Melanie and Daniel, mixed with flashbacks to the beginning of their relationship that interweaves with the present. The reader is brought along on Melanie and Daniel's journey, one that is so emotionally charged that you will find yourself holding your breath in between reaching for the tissues. The emotional roller coaster ride of a journey is heart wrenching yet has such promise of sweet redemption, that you can't help but feel its pull as you turn the pages. The characters have such strong and complex personalities, the author does a wonderful job of drawing the reader into Melanie and Daniel's lives, she makes you feel like you actually know them, their family and friends. The story is filled with drama and suspense, the many twists and turns will keep you sitting on the edge of your seat. This is a story of love at first sight, promises made, heartbreak, love lost, misunderstandings, choices and mistakes made, second chances and sweet redemption. I found myself riding the full tide of emotions, this story left me completely spent but very satisfied.

Pulled is a novel that will pull at your heartstrings, have you contemplating whether soulmates can really have an energetic pull towards each other that spans time and place, and most of all it will leave you convinced that the power of true love can conquer anything. 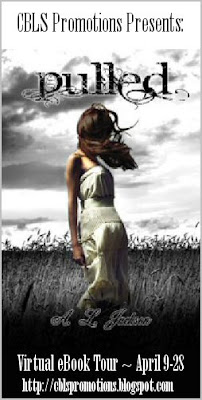 Posted by Kathleen Higgins-Anderson at 4:56 AM