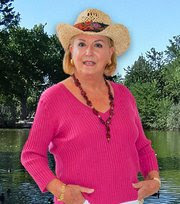 Where do you get your inspiration?

People often ask me, "Where do you get your inspiration?" My books are generally inspired by media coverage of events and people, that I find fascinating. For example, in 1998, Florida television and newspapers were reporting a story of a local Palm Beach socialite (ironically named Fagan) arrested for kidnapping his daughters when they were 2 and 5 years old. The reason that it had taken eighteen years to locate Fagan was that he had successfully reinvented himself, using the name and social security number of a Massachusetts boy who had died at six. As William S. Martin, a handsome widower with two young daughters and no apparent means of support, he had met and married a wealthy Palm Beach widow. After their divorce, another widow vowed to take this man "for richer, for poorer." Lucky for Martin, he was indeed poorer while the bride was conveniently rich.

Neighbors, friends and the teachers at the girls' tony private school all described Martin as a nice likeable fellow and "devoted father." Throughout his arrest and subsequent proceedings, his third wife steadfastly stood by him, as did both daughters. Perhaps what most surprised people who followed the case was that the girls' mother, a research scientist teaching at the University of Virginia, through the media and her attorney, repeatedly begged her daughters to meet with her. They refused.

Intrigued, I found myself thinking that there's an even juicier story behind this headline-grabber and set out to create my own. I started with a few core facts: A devoted father with an invented name and history. Twice married to wealthy widows, living in Palm Beach, and involved in a crime. Two adoring daughters unaware of their true identities.

Once given permission to fantasize, my brain happily stepped in and created fifty-five year old Palm Beach socialite Jack Morgan, (born Alan Fitzpatrick): lack-luster artist, gifted lover and irresistible rascal. I dropped the most current time frame back nearly four decades to 1961, so that I could set an earlier portion of the story in romantic Paris prior to WWII, and the tragic time under Nazi occupation. Having been handed Palm Beach, winter playground of the rich and famous, I could logically include a fabulous townhouse off Fifth Avenue and a sprawling estate in Virginia to shelter the family in the summer, spring and fall. The unnamed crime and subsequent menacing punishment that I imagined, is enough to convince Jack to stage his suicide to shield his precious girls from disgrace.

But my primary protagonist is self-deprecating droll daughter Charlotte (Charlie), an over-indulged 23 year-old with an impractical BA in Art History, struggling to cope with the traumatizing loss of her beloved father, her sister's resulting mental breakdown and the shocking discovery that she's suddenly penniless. Given that this is a mystery, not only will Charlie have to find a way to support herself and her sister, the grieving but irrepressible young woman soon realizes, that she won't rest until she discovers what drove her father to kill himself. And that's how Exceeding Expectations was born.

Author Lisa April Smith lives with her husband , He-who-wishes-to-remain-anonymous, in Eternal Playland, Florida, a delightful spot just off I-95. Ms. Smith describes Eternal Playland as: "a little piece of level heaven with occasional dampness, where the bugs are plentiful but respectful, and even the smallest strip mall contains at least one pizza place and a nail salon."

Before discovering a passion for writing, Ms. Smith sold plumbing and heating, antiques, taught ballroom dancing, tutored, modeled, designed software and managed projects for IBM. But her passion is writing mysteries with a healthy dash of romance/sex. 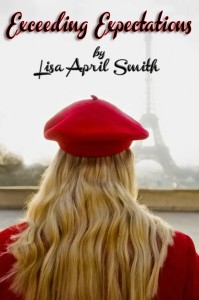 It's 1961 and Palm Beach socialite, irresistible rascal and devoted father Jack Morgan encounters genuine danger while staging his suicide to shield his beloved daughters from scandal and disgrace. Next, meet his daughter Charlotte (Charlie), an over-indulged 23 year-old struggling to cope with the loss of her beloved father, her sister's resulting mental breakdown and the discovery that she's now penniless. Fortunately Raul, an admiring young attorney, offers assistance to the traumatizing young woman, who can joke about her inadequacies. As terrified as she is about paying for her sister's costly treatment and her own daily survival, Charlie soon realizes that she must learn what drove her father to kill himself. With Raul's much needed ego-bolstering, she pursues a career that makes practical use of her lanky 5'11" frame. Despite roadblocks and emotional upheavals, she embarks on an ocean-spanning journey that leads to a family she doesn't know, distressing truths about her father, crimes great and small, a diabolical villain and a fireworks of surprise endings. 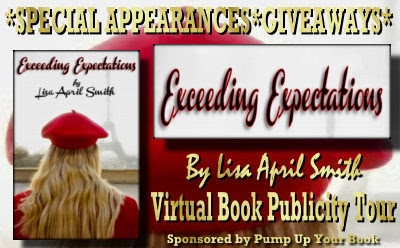 Posted by Kathleen Higgins-Anderson at 3:08 AM