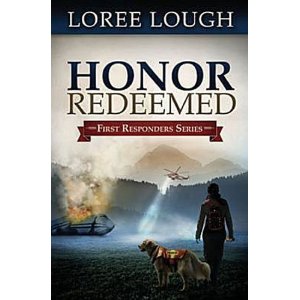 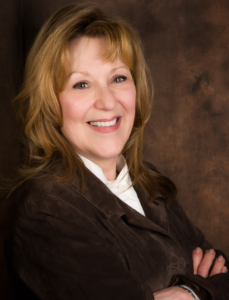 With more than 3,000,000 copies of her books in circulation, best-selling author Loree Lough's titles earn 4 - and 5 - star reviews and industry/reader's choice awards. She has received nearly 10,000 letters from fans who write to say she's "a gifted writer whose stories touch hearts and change lives." Her 9/11 series, First Responders (From Ashes to Honor, Honor Redeemed, A Man of Honor) is no exception, and it's raising awareness and funds for organizations that assist soldiers and first responders, and their families.

Disclaimer: At the request of the author and Pump Up Your Book! Virtual Book Publicity Tours, a Paperback edition of the book was sent, at no cost to me, for my honest review and participation in the virtual book tour event.


Highly skilled Search and Rescue (SAR) team leader, Honor Mackenzie, works almost as hard at guarding the dark secrets of her past as she does when training SAR dogs. As for widowed Sun reporter Matt Phillips, not even his former SAR work is as important as protecting his ten-year-old twin boys. When a jumbo jet crashes outside Baltimore one cold night, their respective jobs put them face-to-face at the grisly scene - and force Matt and Honor to reconsider the difficult decisions that resulted in their long-standing "single forever" status. As Matt tries to come to terms with his feelings for Honor, he gets word that she hasn't reported in since starting the search for a missing child. Reverting to his SAR training, Matt leads the search team as a vicious winter storm bears down on the area. Will he find her in time? And if he does, will they find their way back to each other or go back to living life alone?


This is a story of two people who have known heartache in their lives, who meet during a SAR for a jumbo jet that crashed in Baltimore. Honor Mackenzie, is an SAR team leader, she trains search dogs and teaches their handlers how to perform in SAR missions. Honor's heartache was due to the death of her fiance, a fireman, who had volunteered to do SAR in NYC after the 9/11 event, only to become one of the many victims. In honor of his memory, Honor decided to become a firefighter, but her career took a turn for the worse when an unscrupulous TV reporter destroyed her reputation and career by insinuating that she rose in the ranks by having an affair with her lieutenant. Faced with ongoing rumors that never seemed to fade, Honor  wore a shadow of mistrust for people, especially for the media. Enter Matt Phillips, a newspaper reporter for the Baltimore Sun, who has had his own heartache. He is widowed and is the single-father of twin ten-year-old boys, who are his heart and soul. Matt is a gentle soul, the "Defender" - every superhero rolled into one, because of his past good deeds. Matt had been a NY reporter at the time of the 9/11 event, he was also an ex-Marine, and had also been a SAR volunteer in the past. When Honor and Matt meet, a spark of interest in each other ignites, but can they move past their pasts and come together as one? Take a stroll into the lives of first responders and see what becomes of Honor and Matt's journey in Honor Redeemed.

Honor Redeemed is an intriguing wholesome Christian romance book that will pull at your heartstrings. It is a compelling story of two people who have had heartache in their lives, yet seek to let go of their past, in order to reach out to one another. It is also a story that gives the reader a look into the lives of first responders, specifically the SAR teams, describing their sacrifices, and what they have to go through during search missions. The storyline was well written, it pulled me in from the beginning and led me on a roller coaster ride of emotions throughout the story. The characters were realistic, their complex personalities and engaging dialogue with each other gave the story depth and made it that much more compelling. As a dog lover, I immediately felt a kinship with Honor, her love for her golden retriever SAR dogs Rowdy and Rerun made me smile, because I can totally relate to those same feelings for my own dogs. I really loved the humorous interactions between the characters, especially Honor, Matt, Elton and Austin ... I found myself snickering a lot throughout the book. I also found fascinating the description of the SAR missions, it takes special people to be first responders, and this book gave me an increased appreciation for the sacrifice and dedication that these people give to us on a daily basis, God Bless them all.

Overall I enjoyed reading Honor Redeemed, it had a wholesomeness to the romance mixed with a compelling look into the SAR field. I only have one complaint, the end of the story seemed to be rushed and did not have a true ending, it leaves the reader hanging which is a shame. Perhaps the author intended it this way so that it could be continued in the third book of the series? I have not read the first book in the series, From Ashes To Honor, but I do have it on my TBR list and will have to read it so I can fully appreciate Honor Redeemed. In any case, I felt like I was left a little bit unfulfilled, which is a shame, since the story held so much promise. Nonetheless, I am giving the story a 4 star rating because of the intriguing SAR storyline, that alone makes the book worthy to be read.

Posted by Kathleen Higgins-Anderson at 2:12 AM