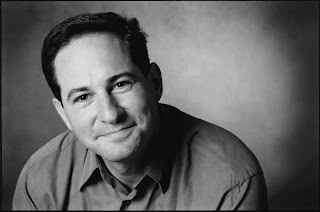 William Landay is the author of The Strangler, a Los Angeles Times Favorite Crime Book of the Year, and Mission Flats, winner of the Creasey Memorial Dagger Award for Best First Crime Novel and a Barry Award nominee. A former district attorney who holds degrees from Yale and Boston College Law School, Landay lives in Boston, where he is at work on his next novel of suspense.


Disclaimer: At the request of the author, publicist, publisher and Pump Up Your Book! Virtual Book Publicity Tours, a Kindle edition was sent via NetGalley, at no cost to me, for my honest review and participation in the virtual book tour event.

William Landay's Tour Page on Pump Up Your Book!


Andy Barber has been an assistant district attorney in his suburban Massachusetts county for more than twenty years. He is respected in his community, tenacious in the courtroom, and happy at home with his wife, Laurie, and son, Jacob. But when a shocking crime shatters their New England town, Andy is blindsided by what happens next. His fourteen-year-old son is charged with the murder of a fellow student.

Every parental instinct Andy has rallies to protect his boy. Jacob insists that he is innocent, and Andy believes him. Andy must. He's his father. But as damning facts and shocking revelations surface, as a marriage threatens to crumble and the trial intensifies, as the crisis reveals how little a father knows about his son, Andy will face a trial of his own - between loyalty and justice, between truth and allegation, between a past he's trying to bury and a future he cannot conceive.

Award-winning author William Landay has written the consummate novel of an embattled family in crisis - a suspenseful, character-driven mystery that is also a spellbinding tale of guilt, betrayal, and the terrifying speed at which our lives can spin out of control.

When the Rifkins opened their home for the shiva, the Jewish period of mourning, it seemed the whole town came. The family would not be allowed to mourn in private. The boy's murder was a public event; the grieving would be as well. The house was so full that when the murmur of conversation occasionally swelled, the whole thing began to feel awkwardly like a party, until the crowd lowered its voice as one, as if an invisible volume knob were being turned.
I made apologetic faces as I moved through this crowd, repeating "Excuse me," turning this way and that to shuffle by.
People stared with curious expressions. Someone said, "That's him, that's Andy Barber," but I did not stop. We were four days past the murder now, and everyone knew I was handling the case. They wanted to ask about it, naturally, about suspects and clues and all that, but they did not dare. For the moment, the details of the investigation did not matter, only the raw fact that an innocent kid was dead.
Murdered! The news sucker-punched them. Newton had no crime to speak of. What the locals knew about violence necessarily came from news reports and TV shows. They had supposed that violent crime was limited to the city, to an underclass of urban hillbillies. They were wrong about that, of course, but they were not fools and they would not have been so shocked by the murder of an adult. What made the Rifkin murder so profane was that it involved one of the town's children. It was a violation of Newton's self-image. For awhile a sign had stood in Newton Centre declaring the place "A Community of Families, A Family of Communities," and you often heard it repeated that Newton was "a good place to raise kids." Which indeed it was. It brimmed with test-prep centers and after-school tutors, karate dojos and Saturday soccer leagues. The town's young parents especially prized this idea of Newton as a child's paradise. Many of them had left the hip, sophisticated city to move here. They had accepted massive expenses, stultifying monotony, and the queasy disappointment of settling for a conventional life. To these ambivalent residents, the whole suburban project made sense only because it was "a good place to raise kids." They had staked everything on it.


What would you do if your only child, your fourteen-year-old son, was accused of murder? Would you do whatever you had to do to protect him? Would you protect him and continue to believe in his innocence, even if there was damning evidence that could prove otherwise, just because he is your son? This is what Assistant District Attorney Andy Barber had to deal with when his son, Jacob, was accused of murdering a fellow classmate. Will Andy succeed in Defending Jacob and will justice ultimately prevail?

Defending Jacob is a riveting legal thriller that had me captivated from the very beginning. The spine tingling and gripping storyline was brilliantly written, as only an author with prior legal experience can write it. The story is told in the first person narrative through the main character, Andy Barber. Andy walks you through his family's heart wrenching tale of secrets and suspicions, and how he and his wife Laurie each try to defend their son in their own way through the investigation, courtroom and post-trial drama. This story is filled with more twists and turns than a roller coaster ride. The author's attention to detail, especially in describing the riveting courtroom drama of the grand jury and murder trial, is second to none. The characters are realistic and complex, their intriguing interactions with each other makes the story that much more powerful and compelling. The fascinating twists and turns will keep you guessing until the very unexpected and surprising ending.

Defending Jacob is powerful legal thriller that will keep the reader completely engrossed  until the end. This novel is so good, it would definitely be a great made for tv movie or even on the big screen, it is certainly is in the class of Presumed Innocent. This is a must read for all legal thriller fans, you won't be disappointed!

Posted by Kathleen Higgins-Anderson at 5:39 AM