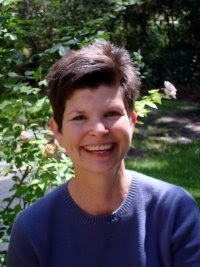 The Language of Forgiveness
I still had sand from the beach on my feet and the warmth of the tropical sun on my shoulders when my kids, sons, 11 and 13, called from home to tell me our dog, an adorable rescue mutt named Bugsy, had been killed by a hit and run driver. It was my birthday and my husband and I were on vacation. I’ve forgotten now exactly where, but what I have never forgotten is how badly I wanted to be home with my children. They knew the driver. Witnesses had seen him. He was a neighbor, a parent himself, who should have known better than to leave a dog to die in the street. He should have taken responsibility, manned up and said he was sorry. He should have helped the kids with their dog, but he didn’t. He left them to deal with their dog’s remains and they were devastated and furious:
“He just hit him and drove away! Why? Why didn’t he stop?”
“How could he do that?”
“I wouldn’t ever do that. I know better and I’m just a kid!”
“I would at least say I was sorry!”
They said all these things, both of them struggling with tears but at an age where boys don’t cry. Oh, I so wanted to be home. And within a few days we did arrive home to a couple of sad-faced children who were still angry, still confused, who were still determined to have, if not revenge, then justice for the death of their beloved dog. It wasn’t a huge tragedy in the scheme of things, but it was fertile ground for exploring one of life’s most enduring and timeless lessons, that we always have a choice. In this case we could either forgive what was an egregious act or we could carry on being angry about it. The situation, and how to respond to it was a hot topic for discussion around our house for a while. The most difficult selling point on the side of forgiveness for the kids was that it felt to them as if they were letting the driver get away with it, just get off scot free. The boys couldn’t understand that. After all they were punished for their wrongdoing; there were consequences to their thoughtless acts. I’m not sure to this day I sold them on the idea of forgiving that guy or that I could wholeheartedly embrace the notion myself.
Forgiveness is a difficult issue and becomes increasingly more so when the events that call for it are life shattering. Suppose instead of a dog, the driver of the truck had hit another person, the children’s mother or father, say, which is similar to what occurs in my novel, The Ninth Step. Suppose the driver flees the scene but years later returns—after you’ve moved on, after you’ve managed to close the wound—to ask you for forgiveness? Now you’re forced to revisit that dark, terrible time and the choice is there too, to keep hating him, or to seek revenge against him, or to forgive him. You basically hold his life in your hands and to complicate matters even more, you loved him once. In fact you may still. What would you do?
A lot of stuff is written about criminals and criminal behavior, but what interests me are our families, our ordinary families and how we are impacted by sudden calamitous events. Families, these crimes, and the people we love who suffer the effects of them are at the heart of my novels. Even the driver of the truck that killed another person had parents, siblings, somebody who loved him. All these people are collateral damage. In The Ninth Step I was inspired by two questions: One was whether someone who had committed such a horrible crime deserved forgiveness and the other was whether he had the right to ask for it. I hope you’ll be led to read the novel and that you’ll enjoy it, and if afterwards you feel moved to comment and/or to discuss the issues that are raised, I would really love to hear from you!
Thank your for stopping by and taking the time to read my post and to read about The Ninth Step. Also, thank you very much to Kathleen for giving me the opportunity to share my work here on Jersey Girl Book Reviews.


Barbara Taylor Sissel was born in Honolulu, Hawaii and grew up at various locations, mostly in the Midwest. She has always been a lover of stories, the ones her big sister told to her and her younger brother, and the wild tales she related herself that often left her mother perplexed. They were too crazy to be from true experience the way Barbara claimed and yet they were vivid enough that they weren't lies either.

Reading and admiring Wuthering Heights was the book that got her thinking about becoming an author and it was a dream that stayed with her through marriage, life as the wife of a prison warden in Kentucky and the births of two sons. It wasn't until the last child was off to school that she finally sat down to write what came was influenced by her experience living with her family on the grounds of a prison.

Justice is a central issue in her stories. Justice and forgiveness. How far is too unforgivable? Is it ever too late? These are the themes that resonate. What happens when an ordinary family is impacted by a sudden, extraordinary calamity?

Along the way to publication, Barbara has placed twice in the William Faulkner / William Wisdom writing competition. She works with a group of successful, talented authors and in addition to writing fiction, she also works freelance as an editor and writer. Her articles and short stories have appeared in several venues. Barbara currently lives and writes in The Woodlands, Texas.

Book Description: The Ninth Step
A novel of timeless love, loss, and family and the steps we must take for forgiveness.
Livie Suanders is fluent in the language of flowers, she taught the meanings to her fiance, Cotton O'Dell, but then Cotton vanished without explanation on their wedding day forcing Livie to learn the language of desolation. Heartbroken, she buries her wedding gown beneath a garden pond and she resolves to move on, but there are nights when she slips into a sequined red dress and a pair of stiletto heels, a stranger's bed, a little anonymous oblivion that is not without consequence. Still, she recovers a semblance of ordinary life and imagines herself content. After all, Cotton told her to forget about him. Livie even maintains a friendship with Delia, Cotton's mother, whom he also abandoned without a word of explanation.
Then, six years later, an unsigned card and a bouquet of irises signal Cotton's presence, but his reunion with Livie isn't as joyous as he had hoped. While she struggles to forgive him, Livie can't hide her own past and how she has changed since Cotton left.
Meanwhile, Cotton is still haunted by the crime that caused him to flee ... a crime for which the legal clock is still ticking. For a moment, it seems like they can both forget the past and rebuild their lives together, but then Cotton goes missing again.
Time telescopes, avenues of escape close, and as lives hang in the balance, choice teeters between mercy and revenge. And a decision that will take only a moment will carry the consequences of a lifetime. The Ninth Step is a story of redemption, of being brought to your knees to face a monstrous error and somehow finding the strength to make it right. Even if that effort breaks your heart, endangers your freedom, and ultimately threatens your life.
Posted by Kathleen Higgins-Anderson at 3:25 AM