In association with Partners in Crime Virtual Book Tours, Jersey Girl Book Reviews is pleased to host the virtual book tour event for The Fourth Amendment by Author S.M. Smith! 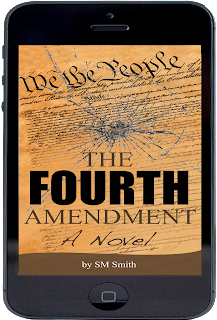 
Disclaimer: I received a copy of the book from the author / publisher in exchange for my honest review and participation in a virtual book tour event hosted by Partners in Crime Virtual Book Tours.

When Kris Storm, the new manager of an elite cyber security team at Illuminate, a global internet powerhouse, receives an order to sift through web traffic to further the presidential ambitions of the mayor of New York, she stomps out the door in protest. But her staunch belief in the protection of an individual's right to privacy is tested when her boss abruptly shuts down the project a few weeks later. By then, a disturbing trail of terrorist activity, albeit circumstantial, has emerged: Brighton Beach, Russian jingoism, freedom fighters, liquid explosives, jihad, Boston Marathon. Now, Kris must decide whether to digdeeper, or stay constitutionally safe on the sidelines. Her hesitancy, however, costs valuable time. When Kris and her partner, street-savvy FBI agent Jim Bright, finally identify the bombers and their target, Yankee Stadium, they must race to the Bronx. Will they arrive in time to prevent the carnage? Who is really behind the plot? Angry and now brimming with patriotic fervor, Kris plunges undercover as a hacker among the bright lights and party beaches of the Adriatic Sea to smoke out a global gang of cyber criminals.

From Edward Snowden’s revelations about our own government’s surveillance activities to the financial data breaches perpetrated by Russian hackers to the European Union’s sanctions against Google, cybersecurity arouses passionate controversy worldwide. The Fourth Amendment combines a multidimensional view of the issues with a compelling cast of characters to create a rollicking, contemporary thriller.

In his debut novel, The Fourth Amendment, author S.M. Smith weaves a riveting thriller about cyberspace espionage and terrorist activities that will keep the reader sitting on the edge of their seats.

Written in the third person narrative, the reader follows Illuminate's elite cyber security manager Kris Storm and FBI agent Jim Bright as they investigate potential terrorist activities within the Russian community in the Brighton Beach section of Brooklyn. From New York to Croatia, Kim and Jim race against the clock to stop the terrorists' plan to blow up Yankees Stadium.

Author S.M. Smith weaves an intense and suspenseful thriller about cybercriminals, Russian mob and Freedom Fighters, and a gray area in the Fourth Amendment, that will keep the reader intrigued and guessing what will happen next. This is an action packed and fast paced story that has enough drama and surprising twists and turns that easily transports the reader into the heart of Kris and Jim's investigation. This is also a compelling story that engages the reader to ponder about cyber technology, public information, cyber security, and the gray area surrounding the protection of privacy rights and the issue of the changing intent of The Fourth Amendment in this ever changing world.

The story has a realistic cast of characters; engaging dialogue and dramatic interactions; an intriguing and suspenseful plot; and a richly vivid description of New York and Croatia settings - especially the sights and sounds of Brooklyn, Manhattan, and the Bronx (and my beloved Yankees Stadium). Kudos Mr. Smith on a wonderful debut, I look forward to reading more of your novels in the future!

The Fourth Amendment is a complex, multi-layered, and riveting thriller that takes the reader on one hell of an exhilarating roller coaster ride. So if you're ready to hit the cyberspace trail with Kris and Jim, buckle up and get ready to hold your breath! 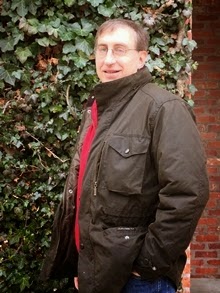 S.M. Smith has longed to write fiction since high school, but needed to "detour" through a career in the investment world first. As one of the first Wall Street analysts to specialize in the information industry, and then as the co-founder (along with his wife) of a successful hedge fund, Smith has researched and invested in the technology sector for the past thirty years. The Fourth Amendment is Smith's debut novel.

This is a giveaway hosted by Partners In Crime Virtual Book Tours for SM Smith.

There will be 2 winners who will each receive 1-$25 Amazon gift card.