In association with Goddess Fish Promotions, Jersey Girl Book Reviews is pleased to host the book blast event for Reconciled for Easter by Author Noelle Adams! 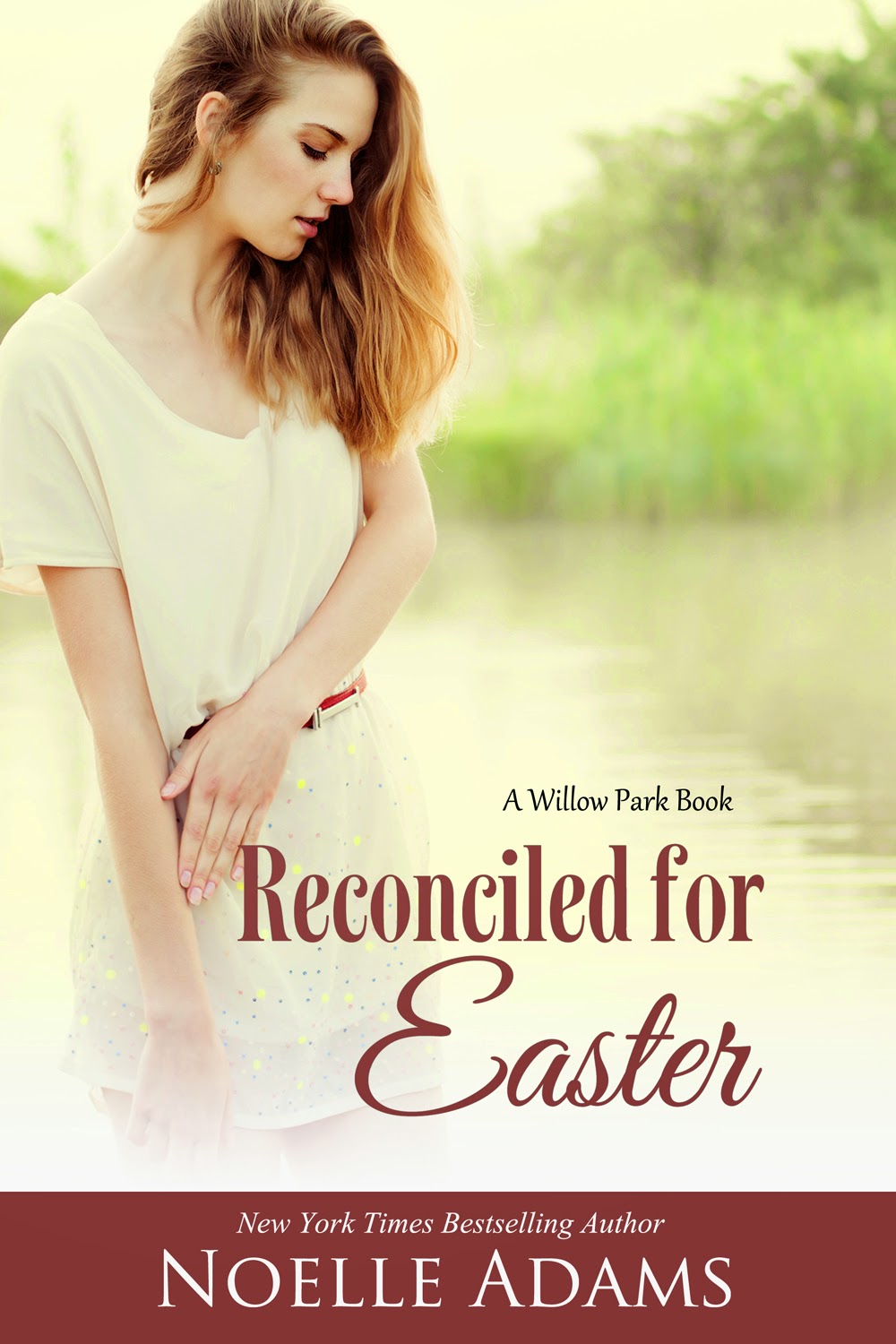 Abigail has been separated from her husband for almost two years. After a marriage that brought her only insecurity, she seeks a life now of peace and independence with their six-year-old daughter. Thomas wants to put their marriage back together, because he liked the wife he used to have, but she never wants to be that person again.

She might need his help with their daughter and start to enjoy his company again, but she just can't trust him with her heart. Even when she discovers that her heart still wants him for a husband.

She was leaning back against the counter, and Thomas was standing far too close to her. Once again invading her personal space. And this time she easily recognized his tone as snide. “What the heck is your problem?”

Thomas had one hand on the counter beside her, bracing himself as he stood just a few inches away from her. She would have scooted over, but that would have been a surrender.

His green eyes were intent on her face, and she saw his nostrils flare just a little. “You smell like him.”

Abigail gasped, mostly from shock and outrage but also with the faintest trace of arousal at the intimacy of the words. “What?”

“I said,” he gritted out, edging even closer until the fabric of his shirt brushed against her arm and one of her breasts, “you smell like him.”

“Well, what do you expect?” she demanded, her anger blazing quickly. No one could rile her up like Thomas could. “I spent the evening with the man.”

Something grew even tenser in his expression. “Did you?”

She knew him well enough to understand the resonance in his words. “Damn you, Thomas,” she said in a harsh whisper, making sure her voice didn’t carry past the kitchen. She’d never used such language before they’d gotten separated. “You have no right to act this way.”

Clearly Thomas too was conscious of not waking Mia, since his murmur was thick, rough, and soft. “I’d like to remind you of the fact that you’re still my wife.”

“And what makes you think I need any sort of reminder of that?

His lips tightened into white. “I saw him walk you to the door.”

She sucked in an indignant breath and clenched her fists at her sides. Thomas was still far too close. She could feel the heat radiating off his body, sense the leashed tension in his stance, hear the fast, uneven breaths he was taking. “So someone isn’t allowed to be polite to me now, because I’m still your wife?”

Thomas made a guttural sound and braced his other hand on the counter, imprisoning her in between his arms. He leaned forward, pushing her back, and he rasped against her ear. “That man wasn’t just being polite. You know it as well as I do.”

She was so angry now she could hardly think straight, and it was worse to know that he was right. She’d been foolish in not recognizing what Jim was thinking long before now.

But worst of all was a familiar feeling building beneath her belly. She knew how to recognize it. Knew it was triggered by the proximity of Thomas’s lean, hard body, his familiar scent flooding her senses, his piercing eyes and thick voice.

Her body was primed for sex with him, even as she wanted to scratch lines down his slightly flushed face.


Noelle Adams handwrote her first romance novel in a spiral-bound notebook when she was twelve, and she hasn’t stopped writing since. She has lived in eight different states and currently resides in Virginia, where she teaches English, reads any book she can get her hands on, and offers tribute to a very spoiled cocker spaniel.

She loves travel, art, history, and ice cream. After spending far too many years of her life in graduate school, she has decided to reorient her priorities and focus on writing contemporary romances.

The event dates / stops can be found here: