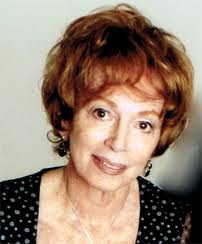 I've been a professional writer for TV, Films and books most of my life and have spent a great deal of it in London. When I married Peter Betts in 1998, I had already discovered that he was a formidable cartoonist and researcher and could write. We decided to do a book together: a light-hearted look at conmen through the ages. Accurate, meaningful, a warning to all easy marks, but with a touch of humor. Peter did the cartoons, most of the research and some of the writing.

We soon discovered we were overwhelmed with too much material; it could make 6 small cartoon embellished 'gift' books. We gave it to my film agent. He got rapid interest from a publisher, but the publisher didn't like the idea of it being humorous and wanted a thick cumbersome tome. We said, not our style.

Then at the London Book Fair we met another agent who expressed interest. We sent him the book and in a matter of days he called with an offer from a very good publisher-- and a not unreasonable advance. We celebrated with a bottle of bubbly and a roast chicken with lentils in our favorite wine bar/chop house.

The next day the agent called back. He couldn't reach the publisher. The third day he called again. The publisher had retracted his offer. If that's not a horror, I don't know what. No explanation. We shouldn't have counted our chickens or sprung for that bottle of Dom Perignon. But that's writers. It was the beginning of the end of book stores as we knew them and publishers with bankrolls to advance for worthwhile books from less famous authors. But by then we were planning to move to California, so put the book and our dreams away for the moment.

The story is really not ended because now that my novel, Ride the Tiger is out, we are planning to bring Scams Schemes Scumbags to readers on Amazon paperback and on all ebook formats -- hopefully, for the 2012 Christmas Market. Look out for its bright yellow cover.

Born in Seattle, Washington, U.S.A., Pat attended the University of Washington as a Drama Major, Stanford University and Reed College, where she produced and directed their first play.

She produced, wrote, directed, and acted (as Barbara Hayden) in the first live TV drama series from Hollywood: ‘Mabel’s Fables’, for KTLA (Paramount), appeared in feature roles in films (Sammy Fuller’s The Crimson Kimono) and played leading and co-starring roles on television, and directed for the theatre in Los Angeles and Palm Springs.

As an A.S.C.A.P. writer, she wrote lyrics for 14 published and recorded songs, including “While You’re Young” for Johnny Mathis’s album, “Portrait of Johnny”. She wrote the lyrics for two films at Columbia Studios.

Pat has lived in London since the early 1960’s and has duel citizenship. In 1987 she and Jesse wrote the play, ‘Vivien’, based on their book, Love Scene, the story of Laurence Olivier and Vivien Leigh. Pat directed its highly acclaimed first production at the Melrose Theatre, Los Angeles, 1987 and directed the London Rehearsed Reading of ‘VIVIEN’ in 1992.

Pat served as a Story Editor on the second MARLOWE series (see credits), has written articles and interviews, contributed to various British antique journals, written short stories for international magazines including a 1999 series of romantic short stories for the magazine, A World of Romance.

She has lectured on script writing at several American Universities, was Script Consultant and guest lecturer at the London (International) Film School for eight years until 1999.

Her book, Screenwriting For The 21st Century was published for B.T. Batsford Books (Chrysalis Publishing) in March, 2004.

Pat now lives in Orange County with her husband, Peter Betts, who is a cartoonist and artist and created the cover for Ride the Tiger.

Disclaimer: I received a copy of the book from the author in exchange for my honest review and participation in a virtual book tour event hosted by Pump Up Your Book! Virtual Book Publicity Tours.

Fame, money and sex, that’s what tinseltown is all about. Madelaine Brent wanted them all and she always got everything she wanted. But sometimes everything is too much and somebody gets murdered. Maddie remembered an ancient Chinese proverb her agent told her as a warning, so long ago: ‘She who rides the tiger better not dismount.’ Was she about to fall off?

This is the deeply penetrating story of a film star who puts her career and her erotic desires above all else. Madelaine Brent is willing to undergo the tortuous beauty treatments that will keep her on top – a survivor in the film world, the Las Vegas showtime scene and a survivor in the art of love. But Maddie does not foresee the consequences her actions will have on the men in her life: her British film director husband Charles who is devoted to her, the one-night stand she thought she could dismiss, the French film star who fathered her child, the young writer-director she seduced and the actor who holds her spellbound. Her beautiful daughter Cathy, alienated from her mother, has taken a dangerous path that leads to prison. Maddie’s path leads her to a place she didn’t expect – and a trail of murders.

'. . .She was aware that one man could never be enough for her. But however many would excite her and briefly possess her, she would always need Charles. Theirs was no longer the first excitement of the conquest – sex was not even a dominating necessity. Charles’s role in her life was far greater than that. It was father, friend, advisor, companion, trusted confidante. And still, for both of them sex was warmth and comfort, a physically satisfying glow that held the embers of those early days. Most of all, Charles accepted and loved her the way she was. He demanded no changes. She could be herself – or what she had made of herself.

Maddie started back up the sandy slope of beach towards the house. In the distance she noticed the figure of a tall man coming down the beach towards her. He was looking up at the houses as he walked along, trousers rolled up, walking in the fringe of surf carrying his shoes, a dark silhouette framed against the setting sun. There was something elusively familiar about the rangy way he moved that reminded her of a tiger, and there was something faintly ominous, too, about his being there, looking at the houses.

'A sudden feeling of apprehension gripped her. He had not seen her, she was sure. She turned hurriedly, running up the rest of the way to the beach house steps. It was nearly dark now. Inside, she locked all the doors and pulled the curtains closed. Peering out through an opening she saw him pass the house, staring up at it. Then he moved on, continuing to look at all the houses. She watched him for a few minutes until finally he turned and walked back to the Colony road. She ran up to the roof terrace where she could see the entire road. She saw him climb into an old blue Ford and gun the car away at a speed the motor resented.

That car…! Was it the one she’d seen parked outside her Bel Air house? She hadn’t seen all of his face in Mexico but she was sure the man on the beach was the schoolteacher, Ray Foster who she’d befriended. Hell, no – had fucked! He’d sent her a CD – and now he was here. Here on her stretch of beach! Had he taken to spying on her? An involuntary shiver ran through her.'

Ride the Tiger is a fascinating thriller that takes the reader behind the scenes of Tinseltown, into the life of an actress who has always put her career above everything else. Maddie Atwood is a cool, self-contained, always in control, independent woman, who has spent her whole life split between her private reality and her public persona as superstar actress Madelaine Brent. She has never regretted anything that she has done to advance her career and maintain the "youthful" identity that is typical of the Hollywood film industry, she has always lived by her own code of ethics, even if it has had a negative and tragic effect on others.

Author Pat Silver-Lasky has created a intriguing tale of glamour, greed, fame, fortune, jealousy, sex, love and murder that draws the reader in with a very graphic prologue, and enough intense twists and turns that will keep you captivated as the story unfolds. Only a person that is a Hollywood insider with a lot of personal experience could tell this gripping story with an authenticity that makes it come alive for the reader.

Told in the third person narrative with alternating points of views from various characters, the reader is transported into their lives with a behind the scenes look view of what makes them tick. This erotic thriller is full of gritty and realistic details and descriptions of the movie industry; with graphic sex scenes and language; and a twist of murder and mystery from a serial killer added into the mix. This is a fascinating look into one very vain and image obsessed actress' life and the actions that she takes to hold her fame intact, and the various effects that her actions have on others that come in contact with her. The story has a large cast of characters, but it mainly revolves around the main characters: Maddie/Madelaine; husband Charles; daughter Cathy; one-night stand lover Ray; and a few other men in the movie industry that have fallen under Madelaine's spell.

As a word of caution, this is a story that has a lot of graphic sex scenes and explicit language, so if you are not comfortable with this style of writing, this is not your kind of read. That being said, Ride the Tiger is a riveting tale that has a great mixture of intrigue, suspense and fascination that will keep you turning the pages.

Posted by Kathleen Higgins-Anderson at 4:57 PM