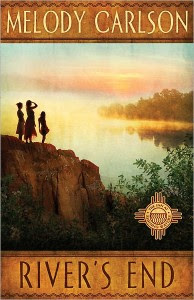 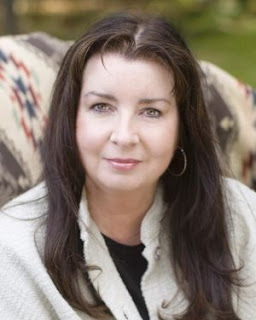 I love how my art sometimes imitates life and life imitates art, and I'm surprised at how many times I write a book and later on find almost the exact things occurring in my own life. Or occasionally they are happening even before, but I just never put two and two together. I experienced this recently in the book River's End.

While writing the final book in my Inn at Shining Waters trilogy, which is inspired by a real location (the Siuslaw River in Oregon) I was trying to find out where the coastal river had originally entered the ocean (back before the late 1800's when the river's jetties were built to make smoother passage for ship traffic). I wanted to know where the 'river's end' had been because something very special was happening in the book at the river's end. I'd tell you, but that would give away part of the story.

Anyway, I drove up and down the road that goes along the river and the jetties, but the best I could do was guess. Then shortly after I finished the book, I was privileged to enjoy a biplane ride and while in the air, the pilot was pointing out various spots of geographical interest. And straight out of the blue (literally) he showed me where the original route of the river had traveled to the sea - and I could see it from the air. To my delighted surprise, I discovered that the river used to end right beside where our little beach cabin is located - right where I'd written most of River's End.

At the time my husband, who had completely rebuilt this cabin, was just finishing up an addition (a small sunroom) and I decided to call that space the River's End. To honor the Siuslaw (both the river and tribe) I used Native American inspired decor and photographs to complete the room. Now I don't want to give too much away, but if you read River's End, you'll discover how spot-on that was to the story - and yet I missed it while writing. But there it was life imitating art imitating life ...

Melody Carlson is one of the most prolific novelists of our time. With around 200 books published and sales topping 5 million, Melody writes primarily for women and teens. She’s won numerous honors and awards, including The Rita, The Gold Medallion and Romantic Times Career Achievement Award. Some of her books are being considered for TV movies and film. Melody has two grown sons and makes her home in the Pacific Northwest with her husband. When not writing, Melody likes to travel, bike, camp, garden, and walk her dog Audrey in the great outdoors. Her latest book is a Christian Fiction titled River's End. 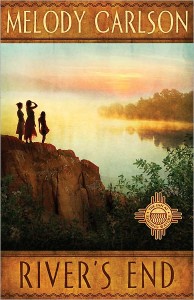 
Disclaimer: I received a copy of the book from the publisher in exchange for my honest review and participation in a virtual book tour event hosted by Pump Up Your Book! Virtual Book Publicity Tours.

Anna’s dream of a successful river inn is fully realized, but her family is still fractured—until forgiveness, patience, and unfailing love merge their lives back together again.


In the final story of the Inn at Shining Waters, Anna’s granddaughter Sarah is struggling to find herself. And in an attempt to escape her parents’ dysfunctional lives, Sarah travels away from all that is familiar. But her grandmother’s love and the pull of the river draw Sarah back. Still it’s not an easy journey to find the healing and forgiveness that’s needed to reunite and strengthen this broken family together again.


Despite halcyon skies and only a slight sea breeze, the air felt chilly today. Or maybe it was just her. Anna pulled her cardigan more tightly around her as she looked out over the sparkling river. Perched on the hand-hewn log bench, she stared blankly toward the river and surveying her old faithful dugout canoe, let out a long weary sigh. She’d gotten up extra early this morning. Planning to paddle the Water Dove upriver, she’d wanted to soak in the sunshine, breathe the fresh summer air, clear the cobwebs from her head, and gather her strength for the day.

She’d imagined paddling hard and steady upstream and finally, after her arms grew tired, she would turn the canoe around and allow the river’s current to carry her back home…back to Clark and Lauren and the Inn at Shining Waters. But now she felt it was useless…futile even. She simply didn’t have the strength to pull the dugout down the riverbank and into the water. Planting her elbows on her knees she leaned forward and buried her face in her hands. A praying position, and yet she had no words. Nothing left to pray. Already she felt emotionally drained and it was still early morning. How would she ever make it through this painful day…her beloved granddaughter’s eighteenth birthday? It didn’t seem possible that Sarah would’ve been eighteen by now.

More than two years had passed since Sarah had vanished from their lives. As far as they knew she’d run off with her boyfriend Zane. She’d only been sixteen—just a child—and yet old for her years. Anna had tried to appear strong, hoping that eventually Sarah would return to them. In the meantime, she put her energies into working hard alongside Clark and Lauren. The three of them, connected in their silent grief, cooperated with each other as they kept the inn going and thriving, making constant improvements, increasing the business, faithfully serving the never-ending roster of eager guests. It was for the sake of these guests, and even more so for her family, that Anna had maintained a positive outlook as she went through her daily routines. But beneath her veneer of hopeful confidence, the concerns for her granddaughter’s welfare had dwelled in the shadows. How was it possible that Sarah had so completely disappeared? Without a word—not a single letter or phone call—the sixteen year old had seemingly vanished from the face of the earth. And for two years, despite her family’s best efforts to locate her, Sarah was not to be found. What did it mean?

Anna’s unspoken fear was that Sarah had come to serious harm…that perhaps she was even dead. Otherwise, she surely would’ve contacted them. At least, Clark had said early on, she would’ve contacted Anna. Because, as he pointed out, the bond between Anna and her granddaughter had always been a strong one—symbiotic. Besides that, Anna felt it uncharacteristic for Sarah to be so selfish and inconsiderate to cut them off so completely. Even in adolescence and amidst her parents’ marital troubles, Sarah had been thoughtful and mature. She wasn’t the sort of person to intentionally put others through such pain and misery. As hard as it was to face it, the only logical explanation was that something had happened to the girl. Something tragic.

Still, no one ever voiced these mute terrors. Saying the words out loud would make it seem too real. And so Anna and the others had clung to the hope that Sarah was alive…that she had simply chosen to separate herself from her family and that someday she would return. But as months passed, and as one year slipped into the next, Sarah’s name was spoken much less frequently. And if her name was mentioned, there was always an uncomfortable pause that followed…a quiet awkward moment would linger before the conversation resumed itself.

But realistically—as painful as it would be—it might be easier if they were informed Sarah was actually deceased. At least they could properly grieve for her then. They could hold a memorial service to remember her and to celebrate the years of her life that had been so sweet…so innocent…so pure. Perhaps they might even build a monument of sorts…at the very least a special plaque or carved stone—they could set it right here by the river and it would be a quiet place where they could come to think and to grieve and to remember Sarah’s short but beautiful life in their midst.

Anna sat up straight now, gazing out over the river again. But in lieu of the crisp and clear diamond sparkles on the surface, she now saw a blurry watercolor image instead. It all looked murky and distorted…and hot tears ran freely down her cheeks. She hated to be weak like this…to give into this kind of sadness and despair. But it all seemed so senseless…so unfair…that a grandmother should outlive her granddaughter. It was just wrong. She pressed her lips together, using the palms of her hands to wipe away her tears. This would not do. She had to remain strong today.

The Inn at Shining Waters trilogy follows the story of three generations of women: Anna Larson, daughter Lauren, and granddaughter Sarah, through the decades of the 1950s-1970s. In River's End, their story comes to a conclusion with the primary focus on Sarah, and her two year journey from the familial inn to a religious commune (cult) and back to her family.

This trilogy deals with the family dynamic of three generations of women: their joys, sorrows, love, heartbreaks, disappointments, forgiveness and faith. It is the journey of three women who had to walk their own "trail of tears," in order to discover themselves, the strength of their family bond, and their faith and love in God, who was with them through each step of their journey.

River's End is a wonderful conclusion to The Inn at Shining Waters trilogy. River's End brings the story of the three generations of women full circle, for life is like the river it keeps flowing and we must eventually heed the call and come back home. The author weaves a story that is spiritual and inspirational, as it sends a message about the beauty of God's love and the ability to heal by showing forgiveness and allowing love in our hearts as we go through the trials and tribulations that occur in our lives.

The author has created a wonderful cast of characters, and does a great job of developing them throughout the trilogy. The reader can relate to the individual strengths, weaknesses, beauty and faith that made up these three women. Their individual stories were captivating, while the dialogue and interactions kept the storyline flowing smoothly through the decades, it made the stories in the trilogy that much more of a compelling read. Rich in detail and vivid descriptions, the author transports the reader to the beautiful scenic river and Inn at Shining Waters in Oregon, while capturing the essence and events of the decades of the 1950s-1970s, it was like taking a walk down memory lane. This is a beautifully written and thoughtful trilogy; the heartwarming and inspirational stories of Anna, Lauren and Sarah will resonate with you long after the last page is read.

Posted by Kathleen Higgins-Anderson at 1:21 AM