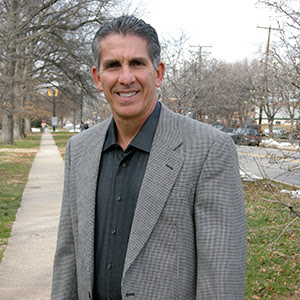 Ike Washington: Guilty with an Explanation
By Steve Piacente

Before judging Ike Washington, step into his shoes a moment.

It's 1959. You're a black teenager and live in a small town in the Deep South. The Civil Rights Movement is coming to a boil. Racial violence is rampant. One day you and a friend decide to sneak off and have a beer in the woods.

In the forest, you come to a clearing and hear a man pleading for mercy. Your friend sees what's happening and bolts. You freeze at the sight - a Klan lynching led by the local judge.

You're caught and given a choice: join the dead man or help the ambitious judge win black support so he can advance in state politics. Terrified, you agree. What else could you do, go to the police? The same police who are beholden to the judge?

They hold you down and smash your hand with a wooden mallet to ensure there will always be, as the judge puts it, "order in the court."

One year turns into five, five turn into ten, ten turn into twenty. You've become a power in your own right, U.S. Senator Lander McCauley's man behind the scenes in every black community in the state.

Your family has money and respect. The days of forcing you to cooperate are long gone. You and McCauley are the unlikeliest of political allies. By 1992, you stand poised to become the first black congressman elected in South Carolina since the Civil War.

But there is the guilt, the ever-present, all consuming guilt, and the knowledge that you rose to power on the judge's bloody coattails, and helped the white-robed murderer rise from judge to congressman, and then to United States senator.

Now that you know the story, how do you judge Ike Washington?

How will the voters judge him when a young reporter reveals his secret just before Election Day?

Most of all, how will Ike judge himself after everyone else has spoken? Can he assume the role of congressman, or will he forever wear the label sneered by his critics?

Steve Piacente has been a professional writer for more than 35 years. The New York native graduated from American University in 1976 with a communications degree. The award-winning journalist started as a sportswriter for the Naples Daily News in Florida before switching to news reporting at the Lakeland Ledger. He returned to Washington D.C. in 1985 as a correspondent for the Tampa Tribune, and in 1989 for the Charleston Post & Courier. He is now deputy communications director at a federal agency in Washington, D.C., and teaches journalism classes at American University.

In 2010, Steve self-published his first novel, Bella, the story of a widow's quest to uncover the truth about her husband's death on an Afghan battlefield. On September 1, 2012, he published its prequel, Bootlicker.

Originally from Brooklyn, Piacente grew up on Long Island and now lives in Rockville, Maryland with his wife.


Disclaimer: I received a copy of the book from the author in exchange for my honest review and participation in a virtual book tour event hosted by JKSCommunications.

An unholy union exists between a racist U.S. senator and the candidate poised to become South Carolina’s first black congressman since the Civil War. The year is 1959, the setting, rural South Carolina. Poor, black teenager Ike Washington stumbles on a Klan lynching led by a white judge. Caught, he must choose: join the dead man or begin hustling black support the ambitious judge needs to advance. In trade, Ike is handed a life of comfort and power. Decades later, as he is poised to become the first black SC congressman since Reconstruction, guilt-wracked Ike winds up alone in the same forest, a long rope in his fist. Rookie reporter Dan Patragno uncovers the truth just before Election Day.

Dan Patragno opened the front door to a smell that made him shudder. Couldn’t be from the bodies, he thought. Too soon to start rotting, or was it?

He breathed through his mouth and tiptoed past the threshold of the shabby little house as if live mines hid within the scruffy shag carpet. He sniffed the odor of rancid food, dirty laundry, sweat, mildew, and yes, maybe the beginning of decaying bodies.

Three cops and a plain-clothes detective huddled in a back bedroom talking to a young woman, but Dan didn’t want to join them just yet. He detoured to the kitchen, pulled a skinny pad from his back pocket, and flipped to an empty page. “Murder-suicide: 8/2/92,” he wrote.

The sink was stained, chipped and crammed with dishes, some clean, some crusted with spaghetti sauce from what he "figured was a happier night, maybe last night. Dan barely moved. He closed his eyes a second and tried to imagine the husband and wife sitting at the sad, four-legged table with its pale blue vinyl tablecloth and folding card chairs. Did they laugh as they ate their spaghetti? He felt sure they called it spaghetti, not pasta. Did the man smile as he stabbed a fork-full and twirled it against his spoon? Did he listen as his wife talked about her day?

He opened his eyes to the kitchen mess. Half an iceberg lettuce sat on the counter, the outer leaves brown and sagging. An empty box of apple cinnamon Pop Tarts topped the stuffed trash pail. His eye followed a wall that was standard landlord white to a clock with Roman numerals and a long, stuttering second hand that told him this miserable Saturday wouldn’t be over for another two hours.

Got to hustle to make the final. He reached for the door of the humming refrigerator, and, knowing better after eight-and-a-half months on the night cop beat, pulled it open. The bulb was out, but there was enough light to see three tall-necked bottles of beer, a half-empty plastic jug of milk, several small jars of baby food, butter, pancake syrup, a few dimpled red apples, and a Styrofoam container from a fast food restaurant. A line of dirt ringed the vegetable drawer, and the freezer compartment was caked with ice. He put his finger on the frosty door to feel the cold.

“Patragno, what the fuck are you doing?”

He slammed the fridge shut. Something plastic and colorful flew to the floor, bounced on the linoleum and skidded to a corner by the garbage pail. The brown and yellow object was a fridge magnet shaped like a hotdog splashed with mustard. He picked it up and handed it to Berkeley County Detective Stan LeTourge.

“Jesus, you’re not even supposed to be in here. I told you to keep your hands to yourself. You’re a reporter, not a detective. You mess up a crime scene and it’s my ass.”

LeTourge shook his head. “This isn’t Thursday hoops, Danny. This guy killed his daughter, then did himself with a shotgun.”

The detective loosened his tie and paced to the other side of the kitchen. “You begged me to let you in. Said you wouldn’t touch anything. Right. None of you guys care about anything but the story. I turn my back to talk to the mother—she’s got a cut over her black eye that took twelve stitches—and find you in here looking for a snack.”

Dan bowed his head and snuck a look at his watch. One hour, fifty minutes to deadline.

“You’re right. I got carried away. I was trying to find something, I don’t know what. A reason. Something to explain it.”

They both glanced up as pebbles of hail began tapping the kitchen window and a streak of lightning lit the yard. Dan caught a glimpse of a metal clothes tree and tried to focus on a pair of jeans and several tiny Tshirts fastened to the line by wooden clothespins that were holding firm against the summer storm.

“Okay,” LeTourge said. “Just keep your mitts off everything and get lost before the TV guys show up, or they’re going to want to come in too.”

Aspiring reporter Dan Patragno's story about a murder-suicide in the Charleston Herald-Ledger secures him a promotion covering the political scene for the newspaper. He is assigned to cover the Congressional race in South Carolina, where the lead candidate is poised to become the first black South Carolina congressman since the Civil War. Dan's coverage of the election will lead to an unearthing of a shocking union that exists between the candidate and a racist U.S. Senator that will rock the foundation of the South Carolina and U.S. political landscapes.

Bootlicker is a riveting Southern political thriller that will keep you sitting on the edge of your seat. Written in the third person narrative, the author weaves an intriguing tale of behind the scenes political power plays and buried secrets. Set in the enchanting palmetto state of South Carolina, the story is rich in detail and descriptions of the pre-Civil Rights Southern political scene full of dark secrets, lynchings and racial issues that were thought to be deeply hidden only to be brought forward and revealed in the present time.

The author has created a cast of characters that are realistic, complex and multi-faceted. They come to life with their activities, interactions and dialogues that jump off the page. You can't help but get caught up in their   strife, tension and struggles, the suspense is palpable. The reader is easily transported into this fascinating tale of survival, deception, guilt and redemption, it is simply astonishing and it will make you wonder if it could possibly be based on a true story.

Author Steve Piacente's insider Washington D.C. reporter experience provides the reader with one heck of a suspenseful political thriller that will resonate with you long after the story ends.

Posted by Kathleen Higgins-Anderson at 5:27 PM 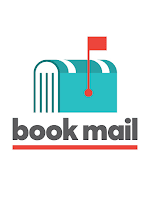 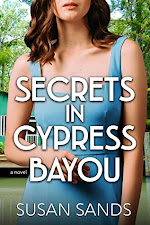 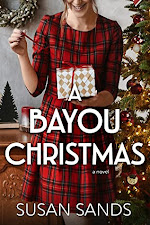