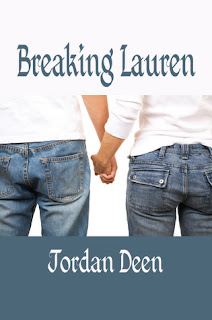 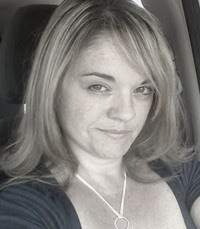 I grew up in a small town 45 minutes outside of East St. Louis, Illinois. I discovered my talent for telling tall tales at the age of seven when my family home burnt down. Of course losing my family home wasn't exciting enough! So, aliens did it. The dogs wanted revenge against the cats because they could be inside... you get the idea.

At twelve, my family relocated to California and I've continued to concentrate on my love of all things reading, writing and story-telling.

My reading taste hovers towards the YA audience as there is just something authentic and magical about first loves and building friendships that will last a lifetime (or not).

Even though 'The Crescent' is a YA Urban Fantasy, I tend to write a bit of everything. I have a few edgy YA novels in process, a book about witches, a Sci-Fi novel and several others that I'm not sure where they are going yet. Again, I write what I feel, when I'm feeling it.

Writing is like the air I breathe, I'd die without it.

Author Jordan Deen will be giving away two (2) print copies of Breaking Lauren and swag during her virtual book tour for Breaking Lauren. Open to US only.

Disclaimer: I received a copy of the book from the author in exchange for my honest review and participation in a virtual book tour event hosted by AToMR Book Blog Tours.

Book Description:
Seventeen-year-old Danny Cummings' life is far from a fairytale, but that's okay since he doesn't believe in happy endings. After spending a year in juvenile hall for maliciously beating his sister's boyfriend, Danny embraces his badass image. Spending most nights drinking, fighting and collecting gambling debts for his Uncle, Danny's life is out of control. His addiction to the bad boy lifestyle won't let him do anything about it, even with his family begging him to go straight. But, when fifteen-year-old Lauren McIntosh stumbles into one of his nightly escapades, the self-proclaimed anti-romantic can't concentrate on anything except Lauren and the fact that she's on the same path his sister was on. Danny knows true love happening for the villain is as common as gamblers paying their debt on time, but he's never backed away from a challenge before and he hates the idea that history will repeat itself.

Growing old with the man she loves—in the small town where she was born—is the only dream Lauren McIntosh has ever had; that is until her family is practically run out of town amidst rumors of arson and adultery. So, when she meets Danny at her new school and hears the rumors about his activities from her new friends, she wants nothing to do with him or the gossip that seems to follow Danny everywhere. After a dangerous and ill-fated attempt at sneaking out, she develops unwelcomed feelings for Danny that he seems to reciprocate. But, Danny’s unrelenting pursuit makes Lauren nervous, especially since he's the only one that wants to know the secrets surrounding her family’s move. Lauren can't tell if Danny's intentions are true or if he has other plans for their newfound and unlikely friendship. The only way to figure out is to let him in and that could destroy everything, including the popularity and social acceptance she desperately seeks.

Lauren is standing in the doorway of Jess’ bathroom. The clown make-up is completely gone and her hair’s pulled back into a high ponytail. She looks like fresh apple pie on a summer’s day. Her slightly pink cheeks accentuate her porcelain skin and her green eyes look like two precious emeralds in the dim light. She lets out a deep breath when I hold up the movies. “I’m not sure how long it’ll take for Ali to feel better; she just threw up again. Jeremy’s not back with the car yet, either. Do you want to watch a movie?” I try to keep my tone even, not anxious like I feel.

“Oh. Yeah, that’s cool.” She starts tugging at the end of her ponytail, twirling her raven hair up and over her index finger. Over and over and over—it’s hypnotizing and perfect, and a clear indicator I didn’t drink enough today because I actually feel something that’s eerily familiar, but has been absent for so long.

“You look like you’re feeling better.” I want to tell her she looks beautiful because she does. But I don’t.

A bad boy meets a good girl ... both have troubled pasts ... can their different lifestyles and mutual attraction for each other lead to something good or can it lead to disaster?

Fifteen year old Lauren McIntosh's family has moved from Fairview, Illinois, to Mountain View, California, after a series of family incidents forced them to move from their hometown. After twenty years of marriage, her father allegedly cheated on her mother, and her mother allegedly retaliated by burning down their home. Now the new girl in a new school, Lauren starts her sophomore year at Mountain View High School, and she is determined to reinvent herself: she wants to be a cheerleader and become popular.

Seventeen year old Danny Cummings is a boy with a troubled past, now leading a bad boy lifestyle that his uncle John has introduced him to: drinking, gambling, fighting, sex, and being the enforcer for his uncle's bookie / loan shark business.

When Lauren and Danny meet, it is like opposites attract ... there is a like-dislike thing going on between them, but neither can deny the mutual attraction for each other. Can Lauren take a chance and walk on the dark side for a bad boy, or should she stick with the in-crowd and high school jock? Can Danny turn his life around and be the type of boy that Lauren wants?

Breaking Lauren is an entertaining YA contemporary romance story about the intense relationship between a bad boy and a good girl. Written in the first person narrative with alternating points of view by Danny and Lauren, the reader is taken on an intense emotional roller coaster ride as they follow along with Danny and Lauren's story. The author weaves an intriguing tale full of drama and suspense, the complications of having a mutual attraction is enticing for both Danny and Lauren, but is it worth it? This story has so many twists and turns, it keeps the reader engaged and wondering what will happen next, and just when you think you know how it will work out for Danny and Lauren, the author ends the story with a cliff hanger, only to leave the reader waiting in suspense for the sequel. Written in a gritty and realistic style, this story will remind you what it was like to live through the complicated teen years.

The author has created a cast of characters that are realistic, complex and easy for the reader to relate to. I absolutely loved Danny, his bad boy persona totally won me over because I knew deep down inside was a real sweetheart lurking beneath the surface. I couldn't help but feel for him, even with his troubled past and bad boy lifestyle, I knew he really was a good guy trying to be a better person. Lauren on the other hand was the typical teenage high school girl who is impressionable and innocent, determined to be popular and a part of the in crowd, but not sure which direction she should go in when it comes to the boy-girl relationships. I felt like shaking her at times, while at other times laughing at her typical teenage girl complexities. The dialogues and interactions between the characters enhanced the storyline and made it a more dramatic and entertaining read.

Breaking Lauren is a sweet contemporary YA romance story that has a mixture of teenage drama and suspense of a love triangle that will keep you entertained. With a love triangle between a bad boy, a good girl and a high school jock, can you ask for anything more? Breaking Lauren is the first book in a series, so be prepared for a cliff hanger ending that will leave you in suspense.

Posted by Kathleen Higgins-Anderson at 2:01 AM