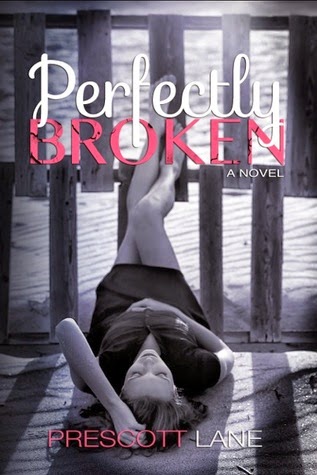 Even after years of trauma therapy, Peyton still believes she’s broken. She has little desire to date or show off her natural beauty, content simply to hang out with her best friends and run her pie shop in New Orleans. But her world turns upside-down when a handsome architect and self-confessed player shows up in her shop and thinks she’s perfect, much more than the usual hook-up. While Peyton does her best to resist his charms, believing she could never be enough for him, she can’t deny the obvious heat between them. With Reed determined to have her, Peyton must decide whether to continue to hide behind her apron and baggy clothes or take a chance and share her scars with Reed, a man with a playboy reputation and scars of his own -- a dark past he can’t possibly share with Peyton, not after learning the horrors she’s endured. But if they can find a way to trust each other, and themselves, they just might be able to heal, to save each other, to live perfectly broken together.

Reed woke up in a sweat, breathing heavily, as if from a bad dream. But it hadn’t been bad at all. He’d been dancing with Peyton in Audubon Park, feeling her soft skin, tasting her lips, smelling the vanilla. He cursed the dream was over then looked outside, the moon shining brightly through his bedroom window. He thought about calling her and reached for his phone. He saw it was the middle of the night, so any call would have to wait.

Then he decided he wasn’t going to call her at all. He’d be seeing her tonight at the engagement party -- for the first time in 36 days. He flipped through the photos of her on his phone, landing on the one he loved the most, her resting her head on his chest, a small smile on her pink lips. He’d give anything to go back to that moment, to have her in his arms again. It seemed as if Griffin had held her more than he ever did. He threw the covers over his head, trying to get back to sleep and desperate to return to his dream.

But thoughts of tonight, thoughts of Peyton, kept him awake. Over several weeks, he’d tried to let her go but just couldn’t. Despite all the boxing, all the exercise, trying to bury himself in work, he wasn’t strong enough. He’d fallen in love – the first time ever – and now couldn’t recover. She’d been his soft spot, and he’d hit concrete without her, shattering his heart. He had no idea if she was as tortured, conflicted, unsettled as he was, or whether she’d just moved on without a second thought. He hoped she felt like he did. But she sure found a roommate pretty damn quick! His talk with Quinn helped put some things in perspective, but he still didn’t trust Griffin living in Peyton’s house, just a few doors down from her bedroom.

His mind flashed to the possibility that she was bringing some guy tonight. Griffin? And he wasn’t going to ask Bret if he knew whether she was. That would be pathetic and weak. He needed to be calm and strong, though not too strong. He couldn’t just wail on some new guy tonight, not even Griffin -- no matter what he saw, even if her lips, God forbid, touched Griffin’s or some other man’s.

He gripped his pillow tightly then threw the covers off his head, the moonlight hitting him again, shining down an unmistakable truth, one he already knew all too well. He needed Peyton. He needed her to love him.

Can two people overcome their painful pasts and learn to live perfectly broken together?

After a traumatic event and years of therapy sessions, Peyton Mayfield still feels broken. She lives a quiet life working in her grandmother's New Orleans bakery. She detracts attention from herself and hides her natural beauty by dressing unprovocatively in baggy clothing. She has little desire to date as she doesn't trust easily, choosing only to socialize with her best friends Quinn and Bret.

Reed Langston is a wealthy successful architect, who is known to be a major player, a commitment-phobe who doesn't do relationships ... just casual sex. That is until he meets Peyton ...

Peyton meets Reed when her best friend Quinn's boyfriend Brett brings him to the bakery. There is an instant attraction, but when she finds out about Reed's reputation Peyton resists his charms and shies away, only making him more determined to win her heart. Can Peyton let go of her traumatic past and open herself up to Reed?

Perfectly Broken is a captivating romantic love story about two broken people who come together and help each other heal and learn to love.

Written in the third person narrative and set in the vibrant city of New Orleans, author Prescott Lane weaves a beautifully written tale full of pain, angst, drama, humor, and tender romantic moments that easily draws the reader into Peyton and Reed's story. The slow building development of their relationship makes this compelling story worth the read, as their instant attraction and sexual chemistry is put to the test by the remnants of their dark pasts. You can't help but feel for Peyton as she struggles with deep traumatic scars, as well as for Reed who struggles with being wrongly judged by his family his entire life. The author does a wonderful job of balancing the serious issues of Peyton and Reed's pasts with their flirty and playful budding relationship.

Perfectly Broken has an intriguing cast of characters who are realistic,flawed, and easy to relate to; witty dialogue and engaging interactions; a flirty fun New Orleans setting; and a breathtaking storyline that will tug at your heartstrings and stir your soul.

If you are looking for a hopeful love story that follows the journey of two broken people who learn to let go of their dark pasts and open themselves up to a healing and loving relationship, then Perfectly Broken is the story for you! 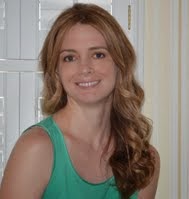 Prescott Lane is the author of First Position and her new release, Perfectly Broken. She is originally from Little Rock, Arkansas, and graduated from Centenary College with a degree in sociology. She went on to receive her MSW from Tulane University, after which she worked with developmentally delayed and disabled children. She married her college sweetheart, and they currently live in New Orleans with their two children and two crazy dogs. Prescott started writing at the age of five, and sold her first story about a talking turtle to her father for a quarter. She later turned to writing romance novels because there aren't enough happily ever afters in real life.

Posted by Kathleen Higgins-Anderson at 10:46 PM