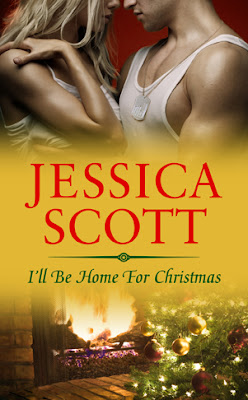 Sergeant Vic Carponti takes everything as a joke, even the war. And yet, as he leaves on this latest deployment, even the resolute struggles to keep everyone around him smiling. As Carponti faces his darkest fear, it is his wife Nicole's steadfast love and support that will get him through.

Sergeant Vic Carponti paused outside his company operations office, taking a deep breath. It was funny how their corner of Fort Hood felt deserted the night before a deployment. The company colors had already been cased. They would uncase them in a few weeks, once they got settled into their new home across the ocean in the middle of the war.

He didn’t know why this deployment was bothering him so much. It wasn’t his first time heading off to war, so he knew what to expect when the shit hit the fan in combat. But there was something hanging over his head this time. A fear that maybe this time his luck would run out.

He sighed and rubbed his face with both hands before walking into the company ops. The only thing they’d left up was the plaque that bore the names of their fallen brothers from the last deployment. The commander—Captain Trent Davila, a man Carponti had known for years—was planning on carrying that with him personally so it couldn’t ever get lost.

And so no one would ever forget. Carponti reached up and took it gently off the wall, then strolled into his company commander’s office with a nonchalance painted on his face that he damn sure didn’t feel. But people expected him to laugh and joke and make them forget the bad shit all around and so that’s what he was going to do.

Captain Trent Davila lifted one eyebrow at Carponti’s feet and said nothing. Carponti looked at his commander and longtime friend, then at the plaque next to his boots.

“Fine,” he said with a sigh, dropping his feet to the floor. “So answer the question.”

Trent sighed. “I can’t go out with you guys. I’m the company commander. I’m not allowed to have fun,” Trent grumbled. “Besides, my boss would have my nuts in a sling if anything happens while I'm there.”

“It’s the last day before our deployment. You’re allowed to have fun. You can just say you’re supervising all of us miscreants.” Carponti took the last Dr. Pepper out of Trent's fridge. “The deployment hasn’t even started and you already look stressed the hell out. You should be working your lieutenant to death instead of trying to do everything yourself.”

Trent shook his head and pushed his glasses to the top of his head. “Yeah, well, my new executive officer seems to think he’s God’s gift to the army. He’s good but he’s not as good as he thinks he is.”

“No, not really. He’s an arrogant fuck who believes his own press. Personally, I can’t stand him, but luckily I don’t have to deal with him much. I just sic Sarn’t Garrison on him.”

Trent grinned and reached for the plaque, sliding his hat on top of it so he wouldn’t forget it. “Yeah, Garrison has a way with words.”

Garrison was Carponti’s platoon sergeant. Garrison and Trent had been squad leaders many moons ago when Trent had still been enlisted. In Carponti’s world, it meant a whole lot that Trent had stayed close with his enlisted friends even after he’d crossed over to the dark side and become an officer.

“I’m swinging by his place on my way home. He needs to go out before someone shoots his grumpy old ass. He’s been a complete buzz kill since his wife left him.”

“Your sympathy is astounding,” Trent said dryly. He grinned and shook his head. “Why do we put up with you?”

“Because I’m charming and funny and good in a firefight?” Carponti said with a grin.

“Pretty much. You can make anyone laugh.”

“It’s an important life skill. Like balancing a checkbook. So seriously, find a babysitter and come out with us. Your wife could use some fun before she has to spend the year dealing with all the spouses in the Family Readiness Group and chasing your kids around while you’re off on another fun adventure.”

“I wouldn’t exactly call going to combat a fun adventure.” Trent rubbed his chest. There was a scar there, Carponti knew. A scar that had damn near killed Trent several years ago. Carponti wondered just how much stress his commander was carrying and not telling anyone. Trent’s face flushed when he realized Carponti had caught him rubbing his scar and he tapped the pencil hard enough to snap the eraser off. “You know, you’re right. Let me see if we can’t find a sitter.”

“Excellent. We’ll be congregating by the bar when you get there. Now I just have to go convince Garrison to come out with us.”

“Good luck with that,” Trent said, pulling his glasses down. “He’s on the verge of becoming a warrior monk.”

“Not if I have anything to say about it,” Carponti mumbled as he strolled out of his commander’s office. He wished he hadn’t seen the flicker of worry that flashed in his commander’s eyes when he’d mentioned his wife. He’d thought that Laura and Trent were one of the strongest couples he knew. She’d put up with him deploying back to back to back since he’d almost died a few years ago.

But that flicker of worry? Yeah, Carponti hadn’t missed it. There were problems there, hopefully small ones that Trent would take time to fix after this rotation into the sandbox.

He was glad he’d convinced her to come out with him and the boys. That way he could make sure they had a most excellent party and spend time with Nicole at the same time. He was going to spend part of the night chaperoning his guys to make sure they made the most of it—which meant making sure no one ended up in jail—but then? Then the time he had left was going to be spent making his wife laugh.

Because try though he might, he couldn’t shake the quiet dread that settled in the pit of his stomach that tonight was the last night of normalcy he had on this earth. 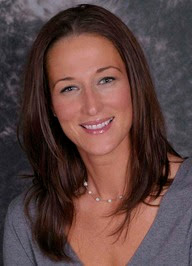 Jessica Scott is a career army officer, mother of two daughters, three cats and three dogs, wife to a career NCO and wrangler of all things stuffed and fluffy. She is a terrible cook and even worse housekeeper, but she's a pretty good shot with her assigned weapon and someone liked some of the stuff she wrote. Somehow, her children are pretty well adjusted and her husband still loves her, despite burned water and a messy house.

She's written for the New York Times At War Blog, PBS Point of View Regarding War, and IAVA. She deployed to Iraq in 2009 as part of OIF/New Dawn and is currently a company commander stationed at Fort Hood.

Most recently, she's been featured as one of Esquire Magazine's Americans of the Year for 2012.

Posted by Kathleen Higgins-Anderson at 4:52 PM