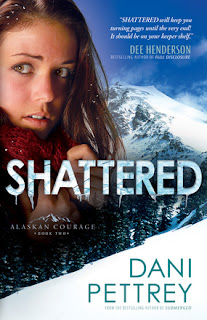 Disclaimer: I received a copy of the book from the author / publisher via NetGalley in exchange for my honest review and participation in a virtual book tour event hosted by Litfuse Publicity.

With All the Evidence Against Him, Only a Sister's Trust Can Save Him Now.

When her prodigal brother Reef's return to Yancey, Alaska, is shattered by his arrest for murder, Piper McKenna is determined to protect him.

Deputy Landon Grainger loves the McKennas like family, but he's also sworn to find the truth. And he knows those closest to you have the power to deceive you the most. With his sheriff pushing for a quick conviction, some unexpected leads complicate the investigation, and pursuing the truth puts Landon's career in jeopardy.

When Piper launches her own investigation, Landon realizes he must protect her from herself-and whatever complications await as the two follow clues deep into Canada's rugged backcountry. Not only does their long friendship seem to be turning into something more, but this dangerous case is becoming deadlier with each step.

Her bleary gaze flashed to the clock—1:30—then to Aurora standing like a sentinel at her bedroom door. The husky’s white fur rippled down her back, her ears alert.

There it was again. Creaks echoed along the floorboards below. Heavy steps. Not Kayden’s.

Aurora lunged at the door, pawing the battered wood frame. A low growl rumbled through the dog’s throat.

Piper got to her feet, ignoring the cold shock of the floor as she crossed the room.

She cracked her door ever so slightly and peered into the darkness.

Another creak echoed from the downstairs hall. The footsteps paused at the base of the stairs.

Aurora whimpered, nudging at the opening with her muzzle.

Piper reached down to grab Aurora’s collar but wasn’t quick enough. Aurora charged into the hallway.

Piper shot out after her, but her sister pulled her up short—with a rifle in her hand. Kayden released her grasp on Piper and raised her finger to her lips.

They moved down the hall as Aurora barreled down the stairs, growling.

A male grunt sounded below them. Something hit the ground hard.

Kayden aimed her rifle at the chaos below. “Get the lights,” she whispered.

Aurora stood at attention a foot away from the man on the floor. He pulled his arm away from his face and looked up.

“Reef?” Piper gaped at her brother in horror. “Is that blood?”

Shattered is a gripping romantic suspense story that takes the reader on a fast paced adventure that will keep them on the edge. Shattered is the second book in the Alaskan Courage Series, which follows the adventures of the McKenna family of Yancey, Alaska.

Reef McKenna is a professional snowboarder, who after five years away has returned to his hometown for a competition. Reef shows up at his sister Piper’s house in the middle of the night covered in blood. A fellow snowboarder has been murdered, and despite the evidence against him and witnesses placing him at the scene, he swears that he is innocent. When he is arrested for murder, it looks like the police have an open and shut case, but Piper does not believe that her brother could ever murder anyone. Frustrated with the police investigation, Piper knows it is up to her to conduct her own investigation to find out the truth that will prove her brother's innocence.

Deputy Landon Grainger has a close relationship with the McKenna family, in fact he considers them family. Charged with the duty to investigate the murder and focus on the facts of the case, he joins together with Piper in the search for the truth. From Alaska to the Canadian back country to California and back, Landon and Piper set off on an adventure that catches the attention of someone dangerous, while struggling with the complication of a long-time friendship that seems to be turning into something more. Will Piper and Landon discover the truth and clear Reef of the murder charge? Or will their investigation lead them into a dangerous situation that could shatter their lives?

Author Dani Pettrey weaves a riveting fast-paced tale full of action, adventure, danger, suspense and romance with enough twists and turns that keeps the reader guessing what will happen next. Written in the third person narrative that alternates perspectives, the reader follows Piper and Landon on an adventure that takes them in search of the truth into the high-profile murder filled with dangerous situations, while struggling to face their own feelings for each other that could ultimately change their relationship.

From the beginning, the author transports the reader into the story, you can't help but become captivated with the plot, the characters, or the nail-biting suspense. I loved the McKenna family, their strong bond of love and loyalty clearly shines through when they protect one of their own. This riveting tale of mystery and suspense entices the reader to unravel it's layers in search of solving the murder, while providing a complicated and intense romantic twist that adds to the excitement of this very entertaining story.

With a realistic cast of characters; engaging dialogue and interactions;  a riveting multi-layered plot that is an adrenaline rush coupled with emotional romance; and a richly detailed and descriptive variety of settings; Shattered takes the reader on an exhilarating and emotional roller coaster ride in the latest installment of the McKenna family adventures! 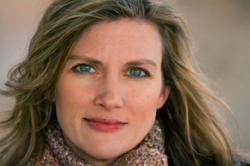 Dani Pettrey is a wife, homeschooling mom, and author. She feels blessed to write inspirational romantic suspense because it incorporates so many things she loves--the thrill of adventure, nail biting suspense, the deepening of her characters' faith, and plenty of romance. She and her husband reside in Maryland with their two teenage daughters. 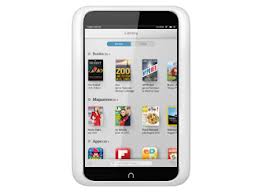 Dani Pettrey is celebrating the release of Shattered with a Nook HD giveaway and a Facebook Author Chat Party on 3/14.

One winner will receive:
Enter today by clicking one of the icons below. But hurry, the giveaway ends on March 13th. Winner will be announced at the "Shattered" Author Chat Party on 3/14. Connect with Dani for an evening of book chat, trivia, and a chance to win gift certificates, books, and other fun prizes!


So grab your copy of Shattered and join Dani on the evening of the March 14th for a chance to connect and make some new friends. (If you haven't read the book - don't let that stop you from coming!)

Don't miss a moment of the fun; RSVP today. Tell your friends via FACEBOOK or TWITTER and increase your chances of winning. Hope to see you on the 14th!

Posted by Kathleen Higgins-Anderson at 1:57 AM