The Shekinah Legacy by Gary Lindberg 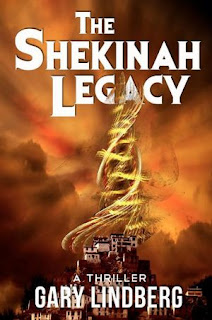 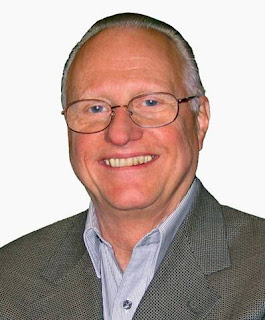 Gary Lindberg traveled around the world to research this story. As a writer and film producer/director, he has won over one hundred major national and international awards. He is the co-writer and producer of the Paramount Pictures feature film That Was Then, This Is Now starring Emilio Estevez and Morgan Freeman. The Shekinah Legacy is his first published novel. He lives in Minnesota wit his wife, Gloria, and his Jack Russell terrier Fletcher.


Disclaimer: I received a copy of the book from the author in exchange for my honest review, and for hosting a virtual book event on my book review blog site.

In this controversial Amazon best-selling thriller, international cable TV journalist Charlotte Ansari and her Asperger's son are caught literally in the crossfire of history when terrorists, the CIA, Mossad and the Vatican all converge in a pulse-pounding search for relics that could forever change the balance of power in the world.

Three decades ago, Charlotte's mother suddenly vanished with no trace. The mystery was never solved. Then suddenly, on the same day that Charlotte's home is attacked by terrorists, her son receives an email from the grandmother that he has never known. The coded message catapults Charlotte and her son on a dangerous mission to India and Kashmir to find the only objects that can save the old woman's life. Unfortunately, Charlotte and her autistic son don't know what they are looking for.

The Shekinah Legacy is a thriller in the tradition of Dan Brown, Steve Berry and James Rollins. In this provocative novel, author Gary Lindberg uses the form of the thriller to explore the limits and perils of belief.

It is difficult to recollect the past, even the recent past. And yet I know that the order of events is important so I will do my best to stitch together this crazy quilt of memories.

During our interrogation in Baghdad, I was grilled. Both sides. Five hours, maybe more. I was treated like I was the kidnapper. I’m not really sure why they were so rude, but at one point I actually thought they were going to waterboard me. I’m sure they wanted to.

They kept asking me where the tape was. The tape? Oh, the tape that was in the camera. The bad guys must have taken it, I said. No one bought that theory, but it was the only explanation I could come up with. Why was I withholding evidence, they wanted to know. Maybe there was something on the tape that would help them track down our abductors.

They must have thought we faked the kidnapping or something, maybe set it up to make news, because they kept asking me how come we were let go. And why so soon? Because I’m famous, I suggested, but this tart remark didn’t go over very well.

They kept asking who rescued us. I thought you did, I said, but that just made them angrier. I honestly think they had no idea who saved us.

We were allowed to go only when Bill Riggins, our Baghdad Bureau Chief, found out what was going on and “stormed the fortress,” as he put it. Cambridge Cable News flew us back by charter. Neither Curt nor I had any idea at that time how much international publicity our kidnapping and miraculous rescue had received. Probably our high profile abduction had embarrassed the military, and nothing pisses off the three-stars in Baghdad like public humiliation. Can’t even protect a journalist with a whole U.S. convoy? You guys must be losing the war big time.

It wasn’t until I stepped off the plane in Minneapolis and saw you and your father on the tarmac that I realized how terribly shaken I was. I could barely walk across the pavement, my legs were trembling so. I was more frightened in those few minutes than at any time since my rescue. Some sort of delayed stress syndrome? I don’t know. But I do know that even though you could not hug me, your presence calmed me down. Somewhere inside you, beneath that impassive gaze, is a storehouse of love. I have always felt it—a mother’s insight. We are more alike than you know.

The next couple of days are kind of blurry, but somewhere in there an event occurred which foreshadowed so many devilish things to come. We never could have guessed how it could have involved us.


Mix one international cable news correspondent, an Aspenger's teenager, a long-term MIA mother, a bestselling author, a professional assassin, a valuable relic and a host of worldwide organizations that want it ... and what do you have ... one hell of a riveting action packed suspense thriller!

The Shekinah Legacy is a fascinating story that immediately draws the reader in with its fast-paced, fascinating storyline of drama, intrigue, suspense and adventure. The author provides the reader with an intriguing religious thriller that has a multi-faceted plot. From family drama and mystery, to a secret conspiracy in the Western Christianity community, the quest to find religious relics and long held secrets if brought to light, could rock the very foundations of the long held Western Christian beliefs. This riveting story takes the reader on an adventure with Charlotte and Greg, as their time-sensitive mission takes them globe trotting to such places as Minnesota, Washington DC, Rome, Vatican City, Iraq, India and Kashmir. With international groups (CIA, FBI, Mossad, Al Qaeda, and others) following them from location to location, murder, mystery and mayhem lies around every corner.

The historical  religious conspiracy theory plot line is well researched and written in rich detail and description that engages the reader to ponder and question "what if ...". Any novel that provides a mixture of interesting facts that engages me to think with the adrenaline rush of adventure and suspense is well worth reading in my opinion.

The author has created a huge cast of characters that are realistic and complex beings, whose interactions with each other make the story that much more powerful and compelling. There were so many interesting characters introduced throughout the story, that I found myself writing down a character list so I wouldn't get confused. With that being said, I did enjoy how the author wrote the chapters in the third-person narrative with alternating perspectives from the major characters of Charlotte, Greg, Gideon, Antonio Fortunati, and William Wyatt.

The Shekinah Legacy is a gripping suspense thriller that will give the reader an adrenaline rush. With its nonstop action and mystery, this story will hold your attention and imagination and keep your pulse racing to the very end!

Posted by Kathleen Higgins-Anderson at 3:00 AM

The House On Fripp Island by Rebecca Kauffman

We Came Here To Shine by Susie Orman Schnall

The Summer Villa by Melissa Hill