Since the publication of my novel Anthony I have been asked, “Since you tell us that you like to call attention to current events in your novels, why make bullying such a central topic in the beginning of the book. Do you consider bullying a hot-topic?” Yes I do! To most people it may not be in the same category of importance as ISIS, but to a youngster having to endure bullying it is the most important thing affecting his or her life. If you let it, bullying can destroy your life. Some kids even commit suicide as the only way out. Those are the instances covered in the news. We don’t hear enough about the kids that stand up to the bullies. I think those stories should be highlighted to serve as encouragement to those having difficulty coping with the bullies.

In my novel Anthony, a likable kid, has to cope with bullies without the support of a peer group. He only has his mother and trusted dog as support. Yet he wins out in the end. I am told “That’s easy to write, but you have no idea how hard it is on kids to be bullied.”

That’s right. My personal knowledge is very superficial. Before I went to college I had attended seven different schools. I thought it was normal and apparently accepted that the ‘new’ kid was bullied until he/she was accepted by one of the groups in the school. For a boy, this usually meant at least one fight with some boys, who later became friends. This was so routine that I can’t recall most of these incidents, except one which I actually enjoyed.

My family had recently moved from Aruba to the USA and I was once again enrolled in a new school. Friends of ours from Aruba moved at about the same time to the USA. Three of their sons were enrolled in the same school as I was. One of the boys was a good friend of mine. His name was Kenny. Kenny was not really one of their sons, he was a nephew. Kenny’s mother lived in Surinam and Kenny’s father was a native Indian. Kenny had been living with his uncle and aunt in Aruba since he was eleven, and they brought him with them to the USA. About two weeks after school started, five boys starting taunting me. Being a little hot-headed, I started a fight, five against one. I did not stand a chance, and I was really getting beat-up. Then out of nowhere, Kenny appeared. He was more than four inches taller than the kids who were beating up on me. His shoulders and biceps would have made a varsity football player jealous. Calmly Kenny pulled my assailants from me and proceeded to give them a thrashing. Never mind that there were five of them. Kenny tossed them around like they were ping pong balls. Anyway, that’s the way I remember the incident. Maybe I have embellished it a little to make the memory even more enjoyable.

I had Kenny. I gave Anthony a dog. I hope all kids being bullied get some help to overcome the bullies. Unfortunately, most kids have to rely on their own strength to overcome the problem. I hope that reading books like Anthony will encourage them. 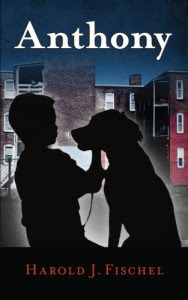 
Disclaimer: I received a copy of the book from the author in exchange for my honest review and participation in a virtual book tour event hosted by Premier Virtual Author Book Tours.

Life has never been easy for Anthony, the secret love child of a well-known US general and his beautiful mistress. After his father perishes in a plane crash, his cancer-stricken mother, Yuni, is forced to move with him to a tiny New York City apartment. And to make matters worse, he’s flagged as an easy target for neighborhood bullies, who constantly terrorize him inside and outside of school.

But after a brutal attack prompts him to fight back in a fit of rage, things start to turn around for the young boy. He shows promise joining the swim and wrestling teams in school, and begins to grow into the tall and physically fit body he inherited from his father.

Just when Anthony’s situation seems to be getting better, however, tragedy strikes his life yet again. In order to put the pieces back together, he turns to some of the strong female figures in his life. But it’s the one girl whom he least expects who may have the power to heal him—shedding his image as the illegitimate son through the magic of love and helping him leave his tragic childhood behind.

"It's not often that I find a book that truly moves me, but Anthony may have just been it. Anthony is so real...such a realistic and poignant character. He is bitter, confused, sad, angry, and while his experience is not necessarily the norm of a typical young adult, you can easily relate to him. What a transformation. Anthony goes from a scared and weak child to a fierce, understanding, and competent young man. Fischel writes with skill and craftsmanship that is a joy to read. I would read anything else he has to offer in a heartbeat."- Katelyn Hensel, Readers' Favorite

"The young boy, Anthony, captures your heart in the first few chapters, and you will want to continue with him through his happy, frightening, joyful, daunting journey toward manhood. A good read from start to finish." J. Herrick, Amazon Reviewer

"New Adult, Coming of Age, Contemporary Fiction's coming of age story, Anthony, is inspiring and heartwarming. Fischel's writing style is accomplished and smooth, and I quickly became immersed in this athletic and ethical story of triumph over adversity. Anthony is a marvelous book and is highly recommended reading."- Jack Magnus, Readers' Favorite

"Loved the story line, could not put it down. Although it is listed as a novel, it is sad to think this is reality for some kids."- Donna Connely, Amazon Reviewer

"Anthony by Harold J. Fischel is a wonderful coming of age novel. I loved the story of Anthony,...  I welcomed all the surprises and I loved all the characters. Anthony was resilient and strong, even when he was still a kid. Everything he experienced growing up only made him stronger, some of the things that happened to him even made me cry. All the supporting characters also played big roles in Anthony's success. Overall, a good book with great characters."- Lorena Sanqui, Readers' Favorite

Anthony is a refreshing coming of age story that follows the journey of Anthony Walker as he learns to overcome adversity in his life from childhood into adulthood, and his resilience to survive and grow into a strong and independent man.

Author Harold J. Fischel weaves a compelling and poignant tale that easily draws the reader into Anthony's emotional story, it will tug at your heartstrings and stir your soul. As the reader follows Anthony's life, you can't help but feel compassion for all the adversities that he faced throughout his life, but his resilience to move forward is inspirational and a testament to his ability to survive and triumph over the adversities, and become a strong and successful young man.

As I followed Anthony on his personal journey into manhood, I couldn't help but experience the full gamut of emotions. Through every trial and tribulation that he faced, my heart ached for him, while I applauded his resilience to overcome every daunting challenge with the help and support of some really wonderful people in his life. And while you wouldn't wish any person, especially a child, to have go through so much adversity in their life, the difficult lessons learned hopefully helps them become that much stronger a person.

The author does a wonderful job of thoughtfully delving into the following social issues: illegitimacy, bullying, and teen-adult sexual relationships.

Anthony is a wonderful story of overcoming adversities and the ability to move forward in life. 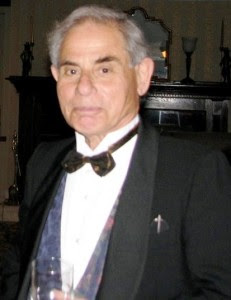 Harold J. Fischel, a graduate of Washington & Lee University and the NYU School of Law, has lived and worked on four different continents. His family fled the Netherlands shortly after the Nazi invasion, moving to Curacao and Aruba before settling in the United States in 1952.

After law school, Fischel served the US Army in Germany, later retiring as a captain. Since then, he again lived in the Netherlands, before returning to the United States to work for the US subsidiary of a Chinese company.

Fischel is now retired and living in Michigan with his wife, Jan, and their  beloved Labrador retriever. He has two daughters, five wonderful grandchildren, and two great sons-in-law.

Since retiring, he has published two novels and is working on a third.

Posted by Kathleen Higgins-Anderson at 12:00 AM