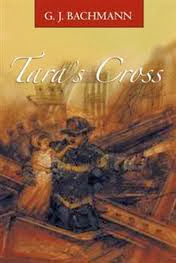 Disclaimer: I received a copy of the book from the author / publisher in exchange for my honest review and participation in a virtual book tour event hosted by Pump Up Your Book! Virtual Book Publicity Tours.

Rescuers pulled George Bachmann, a New York City firefighter from Ten House, from beneath the rubble of the Twin Towers on September 11, 2001. He survived the terrorist attacks, but somehow, his memory had been temporarily left behind. As Bachmann recuperated, he knew he needed to remember what had happened and he needed to confront his dreams, which was not an easy task. His mind was privy to an unknown piece of history that drove him to the brink. In this memoir, Tara's Cross, Bachmann describes the unimaginable events at Ground Zero. He tells not only of his physical recovery, but also shares the return of his memory through a series of dreams. He reveals the details of the magnificent sighting on West Street where he witnessed the two highest ranking NYC officers saluting each other at the foot of the North Tower before they perished on 9/11.

A tale of survival and salvation, Tara's Cross is a testament to how the mind and soul heal themselves and how the spirits of the honored dead guide them home. This love story, set against the backdrop of the attacks on the World Trade Center, is also one of courage and recovery.

Tara's Cross is the poignant memoir written by NYC Firefighter G.J. Bachmann about the traumatic 9/11 event and his own harrowing tragic experience at Ground Zero on that fateful day. It is a soul-stirring retelling of his journey of courage, survival and recovery that will pull at the reader's heartstrings.

As the reader follows the author's retelling of the unimaginable events that occurred at the Twin Towers, you can't help but get drawn into G.J.'s reflection of his first-hand witnessing and personal traumatic experience, the bravery of the First Responders who responded, and the overwhelming compassion for the families of the thousands of victims who perished in this senseless attack on the US and its people. G.J.'s testament to that tragic day in US history and his ability to survive and recover is inspirational, while his honoring those that perished is simply breathtaking and incredibly memorable.

Tara's Cross is an unforgettable memoir about a tragic US historical event that will forever stay in our minds, hearts, and souls. 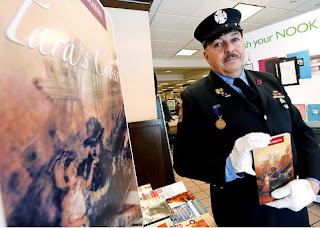 G.J. Bachmann worked more than twenty-seven years as a New York City firefighter and survived the events of 9/11. He was awarded the World Trade Center Double Star Rescue/Recovery Citation.

Posted by Kathleen Higgins-Anderson at 7:19 PM