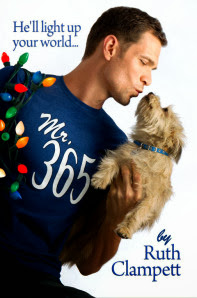 Disclaimer: I received a copy of the book from the author in exchange for my honest review and participation in a virtual book tour event hosted by AToMR Tours.

When reality show producer Sophia is assigned to convince Christmas fanatic Will to be on their holiday special, she imagines him to be an oddball momma’s boy wearing a reindeer Christmas sweater. What she doesn’t expect is the handsome, mysterious man who captures her attention, and seems determined to win her heart.

Their attraction is undeniable, and as charming Sophia convinces Will to work with her, she slowly unwraps the secrets in his past that make this determined and soulful man still yearn for the childhood he never had.

When the chaos of production starts, will Sophia be able to keep her promises to protect Will from being exploited, or will the bitter truth of reality television be a runaway train of disaster for both of them?

Join Sophia, Will and his dog Romeo to enter the world of his enchanting holiday house where stars shine indoors and snow is always falling…365 days of the year.

Could you celebrate Christmas 365 days a year?

Meet Will Saunders, he is a scenic set builder at Burbank Central Studio, who celebrates Christmas 365 days a year. He decorates his entire Gingerbread Victorian house with a passion that attracts crowds when he opens the house to tours and children's charity functions. To say his passion and extreme holiday setup is over the top is to put it mildly, but for Will it's all about the wonderment and magic that he wants to share with everyone.

Sophia Worthy is a naive TV producer with True Blue Entertainment, who recently transferred from cooking shows to reality shows. She hopes that the stint on the reality show will lead her to becoming a documentary film maker. Sophia is given the assignment to convince Will to take part in a reality show featuring people who celebrate holidays in an extreme manner.

Instant attraction and sparks fly when Will and Sophia meet, and while he is hesitant to appear on the reality show, he agrees when Sophia assures him that the show will provide positive exposure and help raise public awareness for his charitable work. But can Sophia protect Will from being exploited by the ruthless realty show crew and a vengeful neighbor who is looking to put a stop to Mr. 365's year-round Christmas cheer?

Mr. 365 is a delightfully touching romance story that will tug at the reader's heartstrings. Author Ruth Clampett weaves an enchanting tale set in Los Angeles, that follows the development of Will and Sophia's romance as they learn about each other, work together to overcome obstacles and troubled pasts, and grow individually and as a couple.

Will has had a troubled past, but his passion for Christmas brings him a sense of peace that he surrounds himself with 365 days a year. Like Sophia, the reader won't be able to help but get emotionally drawn into Will's story of his troubled past, his passion for Christmas, and his adorable dog Romeo, who has a "friendly" way of greeting people. As Will's backstory unfolds, the reader will find that there are many intriguing layers to Will that endears him to Sophia. Their story is filled with flirty banner and sizzling chemistry mixed with trials and tribulations that they have to overcome as their romance blossoms. You can't help but fall in love with Will and Sophia, their romance is simply heartwarming and will leave a smile on your face.

I would be remiss if I didn't mention the richly detailed description of Will's Christmas themed Gingerbread Victorian house. The author does a fabulous job of transporting the reader into Will's house as he takes Sophia on a tour of each room that is decorated in a different theme. The visual effect is amazing from the front hallway Christmas tree decorated with vintage ornaments, to the living room decorated with an undersea theme, and another room decorated in a winter wonderland theme of silver and white, to the dining room with its vintage model train and village set, the author provided stunning descriptions that captivated me in a whimsical holiday wonderment.

Mr. 365 is a wonderful holiday romance story that will put you in the Christmas spirit, but it is also a story that you can be enjoyed anytime of the year. 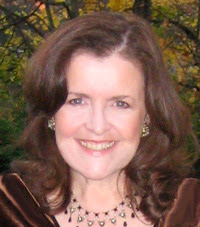 Ruth Clampett, daughter of legendary animation director, Bob Clampett, has spent a lifetime surrounded by art and animation. A graduate of Art Center College of Design, her careers have included graphic design, photography, VP of Design for WB Stores and teaching photography at UCLA. She now runs her own studio as the fine art publisher for Warner Bros. where she’s had the opportunity to know and work with many of the greatest artists in the world of animation and comics.

Mr. 365 is Ruth’s second novel and is inspired by her varied experiences in the television world from winning big on a game show, to guest hosting on the QVC shopping network, to sharing a studio with a production team that produced early reality television. Her first novel, Animate Me, is a contemporary romance set in the animation world. She lives in Los Angeles and is heavily supervised by her teenage daughter, lovingly referred to as Snarky, who helps her plan and execute their yearly Christmas extravaganza. 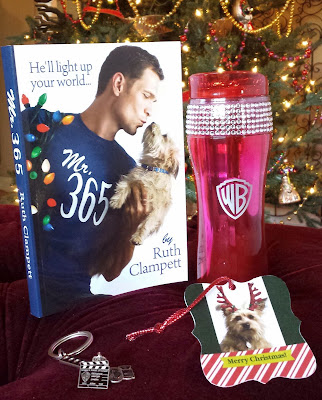 Posted by Kathleen Higgins-Anderson at 3:35 AM