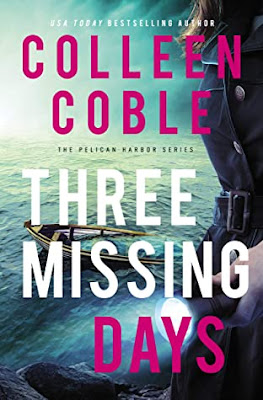 Three Missing Days by Colleen Coble
Book 3: The Pelican Harbor Series
Publisher: Thomas Nelson
Publication Date: April 6, 2021
Format: Hardcover - 352 pages
Paperback - 352 pages
Audiobook - 8 Hours 38 Minutes
Kindle - 352 pages / 4283 KB
Nook - 352 pages / 4 MB
ISBN (Hardcover): 978-0785228547
ISBN (Paperback): 978-0785228523
ASIN (Audiobook): B08CS3VYWK
ASIN (Kindle): B08BYZ9BR4
BNID: 978-0785228530
Genre: Romantic Suspense
Buy The Book:
Amazon
Barnes & Noble
ChristianBook.com
Goodreads
Buy The Series: The Pelican Harbor Series
Book 1: One Little Lie
Book 2: Two Reasons To Run
Book 3: Three Missing Days
Amazon
Barnes & Noble
Christianbook.com
Goodreads
Disclaimer: I received a copy of the book from the author / publisher via NetGalley in exchange for my honest review and participation in a virtual book tour event hosted by Partners In Crime Virtual Book Tours.
Book Description:
Book Three in the gripping romantic suspense series from USA TODAY bestselling author Colleen Coble.
A chilling murder.
Chief of Police Jane Hardy plunges into the investigation of a house fire that claimed the life of a local woman as well as one of the firefighters. It’s clear the woman was murdered. But why? The unraveling of Jane’s personal life only makes the answers in the case more difficult to find.
Her son’s arrest.
Then Jane’s fifteen-year-old son is accused of a horrific crime, and she has to decide whether or not she can trust her ex, Reid, in the attempt to prove Will’s innocence—and whether she can trust Reid with her heart.
Her stolen memories.
Three days of Jane’s past are missing from her memory, and that’s not all that has been stolen from her. As she works to find the woman’s murderer and clear her son’s name, finding out what happened in those three days could change everything. It all started with one little lie. But the gripping truth is finally coming out.

The muffled voice on her phone raised the hair on the back of Gail Briscoe’s head, and she swiped the perspiration from her forehead with the back of her hand. “Look, I’ve reported these calls. Don’t call me again.”

She ended the call with a hard finger punch on the screen and stepped onto her front porch. The late-May Alabama air wrapped her in a blanket of heat and humidity, and she couldn’t wait to wash it off. She should have left the light on before she went for her predawn run. The darkness pressing against her isolated home sent a shudder down her back, and she fumbled her way inside. Welcome light flooded the entry, and she locked the door and the dead bolt with a decisive click that lifted her confidence.

She stared at the number on the now-silent phone. The drugstore again. Though there weren’t many pay phones around anymore, the old soda shop and drugstore still boasted a heavy black phone installed back in the sixties. The caller always used it, and so far, no one had seen who was making the calls. The pay phone was located off an alley behind the store by a Dumpster so it was out of sight.

The guy’s accusation was getting old. Counting today, this made seven calls with the same message. Could he possibly know about the investigation? She rejected the thought before it had a chance to grow. It wasn’t public knowledge, and it would be over soon. She clenched her hands and chewed on her bottom lip. She had to be vindicated.

But who could it be, and what did he want?

Leaving a trail of sweaty yoga shorts and a tee behind her, she marched to the bathroom and turned the spray to lukewarm before she stepped into the shower. The temperature shocked her overheated skin in a pleasant way, and within moments she was cooled down. She increased the temperature a bit and let the water sluice over her hair.

As she washed, she watched several long strands of brown hair swirl down the drain as she considered the caller’s accusation. The police had promised to put a wiretap on her phone, but so far the guy hadn’t stayed on the phone long enough for a trace to work. And it was Gail’s own fault. She should have talked with him more to string out the time.

She dried off and wrapped her hair in a turban, then pulled on capris and a top. Her phone vibrated again. She snatched it up and glanced at the screen. Augusta Richards.

“I got another call, Detective. Same phone at the drugstore. Could you set up a camera there?”

“I hope I’m not calling too early, and I don’t think that’s necessary. The owner just told me that old pay phone is being removed later today. Maybe that will deter the guy. It’s the only pay phone in town. He’ll have to use something else if he calls again.”

“He could get a burner phone.”

“He might,” the detective admitted. “What did he say?”

“Do you have any idea what it means?”

Gail flicked her gaze away to look out the window, where the first colors of the sunrise limned the trees. “Not a clue.”

“Make sure you lock your doors and windows. You’re all alone out there.”

Ever since Nicole Pearson’s body had been found a couple of months ago, no one needed to remind Gail she lived down a dirt road with no next-door neighbors. No one wanted to buy the neighboring place after such a lurid death, so the area remained secluded other than a couple of houses about a mile away and out closer to the main road.

She stood back from the window. It was still too dark to see. Was someone out there?

Pull back the reins on your imagination. But once the shudders started, they wouldn’t stop. Her hands shaking, she left her bedroom and went to pour herself a cup of coffee with a generous splash of half-and-half from the fridge. She had a stack of lab orders to process, and she couldn’t let her nerves derail her work.

The cups rattled as she snatched one from the cupboard. The coffee sloshed over the rim when she poured it, then she took a big gulp of coffee. It burned all the way down her throat, and tears stung her eyes as she sputtered. The heat settled her though, and she checked the locks again before she headed to her home office with her coffee.

No one could see in this tiny cubicle with no window, but she rubbed the back of her neck and shivered. She’d work for an hour, then go into the lab. The familiar ranges and numbers comforted her. She sipped her coffee and began to plow through the stack of papers. Her eyes kept getting heavy. Weird. Normally she woke raring to go every morning.

Maybe she needed more coffee. She stretched out her neck and back and picked up the empty coffee cup.

Gail touched the doorknob and cried out. She stuck her first two fingers in her mouth. What on earth?

The door radiated heat. She took a step back as she tried to puzzle out what was happening, but her brain couldn’t process it at first. Then tendrils of smoke oozed from under the door in a deadly fog.

Fire. The house was on fire.

She spun back toward the desk, but there was nothing she could use to protect herself. There was no way of egress except through that door.

If she wanted to escape, she’d have to face the inferno on the other side.

She snatched a throw blanket from the chair and threw it over her head, then ran for the door before she lost her courage. When she yanked it open, a wall of flames greeted her, but she spied a pathway down the hall to her bedroom. Ducking her head, she screamed out a war cry and plowed through the flames.

In moments she was in the hall where the smoke wasn’t so thick. She pulled in a deep breath as she ran for her bedroom. She felt the cool air as soon as she stepped inside and shut the door behind her. Too late she realized the window was open, and a figure stepped from the closet.

Something hard came down on her head, and darkness descended.

My Book Review:
In Three Missing Days, book three of The Pelican Harbor Series, author Colleen Coble transports the reader back to the Gulf Shores area of Pelican Harbor, Alabama, to catch up on the story of Police Chief Jane Hardy and Investigative Journalist Reid Dixon.
While Jane, Reid, and their son Will are building their relationship, Reid's ex-wife Lauren comes back into the picture after being missing for eight years and causing a lot of trouble and hearteache. And if that isn't enough, Jane's plate overflows when her office has not one, but two murders to solve ... and it is all intertwined with Jane's memory of three missing days from her past. And to make matters worse, someone is hellbent on seeking revenge on their family, and has setup Will for one of the murders.
With a murderer seeking revenge on the loose, their son setup on a manslaughter charge, and trying to remember three missing days of Jane's past and battling personal family demons, Jane and Reid join forces to find the murderer and prove Will's innocence.
Author Colleen Coble weaves a fast-paced and suspenseful tale written in the third person narrative that follows Jane and Reid's investigative journey in search of the murderer and clearing their son's name, while dealing with the lies, secrets, and deceit from their past, and stopping a person from their past who is hellbent on destroying their family. The reader will be easily drawn into the continuation of this well written story with its richly descriptive plot and setting.
The author does a wonderful job of transporting the reader back to Pelican Harbor, as Jane and Reid's latest investigation unfolds. The drama and suspense is intense; and the tangled web of family drama, secrets, lies, deceit, and heartache will keep the reader engaged and guessing what will happen next until the surprising conclusion to the story. This is the third and final book in The Pelican Harbor series. This series is one that romantic suspense fans will thoroughly enjoy reading.
Three Missing Days has enough drama, tension, action, flashbacks and clues from the past, a growing list of suspects, a hint of a romance, and unexpected twists and turns that will take the reader on one heck of a thrilling roller coaster ride. 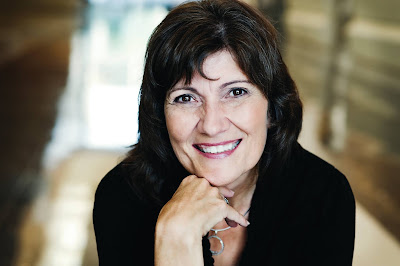 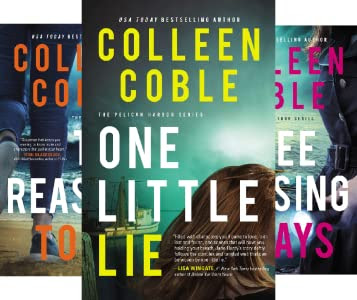 This is a rafflecopter giveaway hosted by Partners in Crime Virtual Book Tours for Colleen Coble and Thomas Nelson. ONE (1) winner will receive ONE (1) physical set of the first three books in the Pelican Harbor series. (U.S. addresses only). The giveaway begins on April 5, 2021 and runs through May 2, 2021. Void where prohibited.
a Rafflecopter giveaway