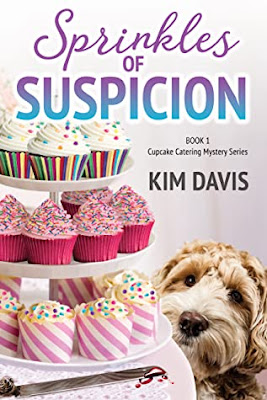 One glass of cheap California chardonnay cost Emory Gosser Martinez her husband, her job, and her best friend. Unfortunately, that was only the beginning of her troubles.

Distraught after discovering the betrayal by her husband and best friend, Tori, cupcake caterer Emory Martinez allows her temper to flare. Several people witness her very public altercation with her ex-friend. To make matters worse, Tori exacts her revenge by posting a fake photo of Emory in a compromising situation, which goes viral on social media. When Tori is found murdered, all signs point to Emory being the prime suspect.

With the police investigation focused on gathering evidence to convict her, Emory must prove her innocence while whipping up batches of cupcakes and buttercream. Delving into the past of her murdered ex-friend, she finds other people had reasons to want Tori dead, including Emory’s own husband. Can she find the killer, or will the clues sprinkled around the investigation point the police back to her?

Set in Costa Mesa, California, Emory Martinez wakes up with a massive hangover, a love bite on her neck, and no memory after a night out with best friend Tori Carlton. That night out costs Emory a lot, she finds her husband Philip cheating with Tori, and after a nasty cat fight on Tori's front lawn, they threaten each other, but Tori goes too far and plasters a naughty picture of Emory on Facebook that goes viral, and costs Emory her husband and her job! But that's just the beginning of Emory's troubles, she goes back over to confront Tori, and finds her dead on her bedroom floor. The next thing you know, Emory is considered the number one suspect in the murder of her ex-friend. With evidence pointing towards Emory, she is determined to clear her name and find out the identity of the killer.

Sprinkles Of Suspicion is an entertaining and fast-paced cozy whodunit tale that has enough quirky characters, witty banter and humor, romance, family drama, danger, and intriguing twists and turns. Told in the first person narrative, the reader can't help but get caught up in Emory's crazy amateur sleuth goose chase of an adventure as she tries to clear her name and solve Tori's murder. The story unfolds with a wonderful balance of comedy, romance, and drama that easily kept me guessing, and left me wanting more. I can't wait to read the next book in this delightful cozy mystery series!

I would be remiss if I didn't mention that at the end of the book is a scrumptious collection of recipes that will make your mouth water!

Sprinkles Of Suspicion is an entertaining story that cozy murder mystery fans will enjoy reading! 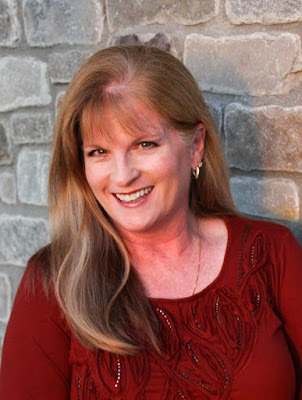 Kim Davis lives in Southern California with her husband. When she’s not spending time with her granddaughters she can be found either writing stories or working on her blog, Cinnamon, Sugar, and a Little Bit of Murder or in the kitchen baking up yummy treats. She has published the suspense novel, A GAME OF DECEIT, and cozy mystery, SPRINKLES OF SUSPICION and CAKE POPPED OFF!. She also has had several children’s articles published in Cricket, Nature Friend, Skipping Stones, and the Seed of Truth magazines. Kim Davis is a member of Mystery Writers of America and Sisters in Crime. 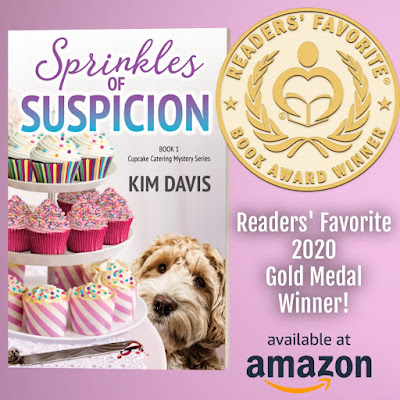