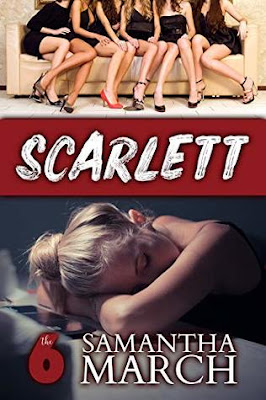 Scarlett Walsh is twenty-something, single, and lonely in Chicago. Still reeling from an unexpected breakup that left her broken-hearted, Scarlett relies heavily on her group of girlfriends to help heal and move forward. But her friendship with BFF and long-time roommate Tinsley Thompson has turned toxic, and Scarlett is on the brink of moving out – and causing more friction to the already rocky friendship. Wishing to avoid drama amongst their close group of girlfriends, Scarlett attempts to stay focused on her job as a vet tech and the excitement of being a first-time puppy mom instead of confronting Tinsley. The rift between the two friends continues to grow – until a dark secret is shared that will rock the decade-long besties.

This second book in a six-part girlfriend series continues the stories of Scarlett, Breely, Nora, Lauren, Kristy, and Tinsley, and takes readers on six individual stories about relationships, career choices, personal conflict and the bond of friendship.

In The Six: Scarlett, the second book in The Six, a six-part girlfriend series, author Samantha March continues to introduce the readers to six girlfriends, with the focus on twenty-five-year-old Scarlett Walsh, mixed with updates on her five best girlfriends: Breely Laver, Nora Wellington, Lauren Begay, Tinsley Thompson, and Kristy Martin.

The reader follows Scarlett as she deals with a growing troubled relationship with her longtime best friend and roommate Tinsley Thompson. Scarlett and Tinsley have been best friends for ten years since high school and roommates since college. But within the past year, their relationship has changed, and it has been getting more toxic by the day. Scarlett is tired of being a doormat and being the recipient of Tinsley's rude behavior and playing second fiddle to the revolving door of guys that Tinsley hooks up with and brings home. Scarlett hates confrontations so she works extra shifts as a vet tech and avoids going home as much as she can, she feels awkward and uncomfortable in her own home and deserves more from their friendship. In addition to her troubles with Tinsley, Scarlett had been in a two-year relationship with boyfriend Cole Klauer and they had made plans to move in together, but six months ago Cole broke up with Scarlett without giving her a reason, and she is still emotionally trying to move forward from the breakup. So with all these emotional issues swirling around, Scarlett decides to move out of their apartment and get an apartment of her own when she was given the chance to adopt one the veterinarian clinic client's female Yorkshire Terrier puppies. Scarlett's decision causes more tension and a bigger rift with Tinsley, and when a dark secret comes to the surface, will their friendship be even more seriously damaged?

The Six is a fun friendship series! Author Samantha March weaves an entertaining chick lit/women's fiction tale that embraces the bonds of female friendships, and the pursuit of personal life goals and choices while in the mid-late twenties. Set in Chicago and told in the first person narrative, I loved following Scarlett's story as she embraces her vet tech job, becomes a puppy mommy, and deals with the challenges in her personal life. You can't help but admire how Scarlett handles her friendship/roommate issues with Tinsley, and how she finally stands up for herself and reclaims her self-empowerment and decides to move forward with her life.

I would be remiss if I didn't mention how much I enjoyed getting to know a bit about each of the six friends, in addition to the quirky friendship dynamic amongst the six girlfriends. The author gives the reader enough of an insight into each of the girls' lives that it makes you want to get to know them more. The girls are so different, but they complement each other so well, it makes you think about your own little group of girlfriends. Finally, at the end of the story, the author gives you a tantalizing sneak peek look into book three: Lauren's story, and how the dynamic of the friends' group is about to change. 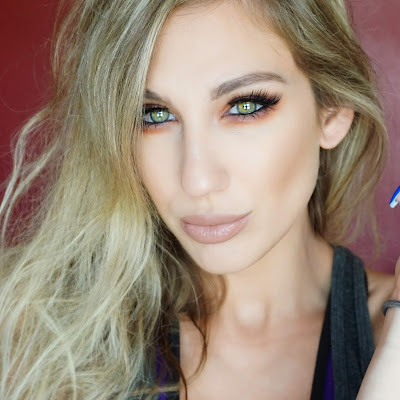 Samantha March is a published author, blogger, and has been passionate about creating stories since a young girl. After starting her blog ChickLitPlus in 2009, she set out to make a childhood dream a reality and published her debut novel in 2011. She now has seven published novels – Destined To Fail, The Green Ticket, Up To I Do, A Questionable Friendship and Defining Her – and one holiday novella, The Christmas Surprise, Kristy, and Scarlett books 1&2 in The Six series. In addition to her bookish pursuits, she is also a beauty blogger with a growing Youtube channel and shares her love for makeup and beauty in review and tutorial videos. When she isn’t reading, writing, or creating videos, you can find her cheering for the Green Bay Packers and Chicago Cubs. Samantha currently lives in Iowa with her husband and Vizsla Aries.

Posted by Kathleen Higgins-Anderson at 5:42 PM