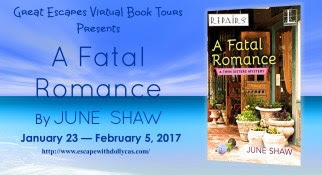 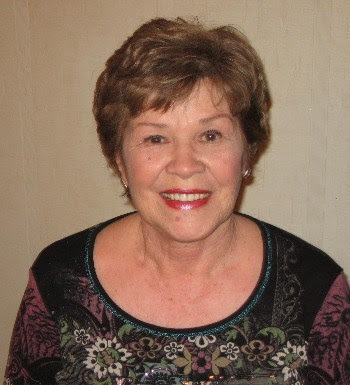 From the bayou country of South Louisiana, June Shaw previously sold a series of humorous mysteries to Five Star, Harlequin, and Untreed Reads. Publishers Weekly praised her debut, Relative Danger, which became a finalist for the David Award for Best Mystery of the Year. A hybrid author who has published other works, she has represented her state on the board of Mystery Writers of America’s Southwest Chapter for many years and continued to serve as the Published Author Liaison for Romance Writers of America’s Southern Louisiana chapter. She gains inspiration for her work from her faith, family, and friends, including the many readers who urge her on. 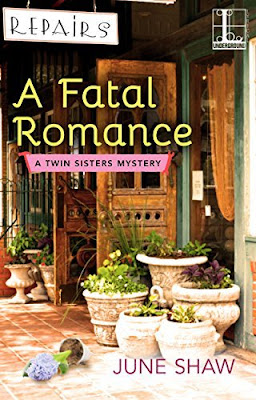 Fixing up homes can be tricky.
Finding true love can be even trickier.
But finding a killer can be plain old deadly . . .

Twin sister divorcees Sunny Taylor and Eve Vaughn have had their fill of both heartaches and headaches. So when they settle down in the small Louisiana town of Sugar Ledge and open a remodeling and repair company, they think they’ve finally found some peace—even though Eve is still open for romance while Sunny considers her own heart out-of-business.

Then their newest customer ends up face-down in a pond, and his widow is found dead soon after. Unfortunately, Sunny was witnessed having an unpleasant moment with the distraught woman, and suspicion falls on the twins. And when an attempt is made on Eve’s life, they find themselves pulled into a murder mystery neither knows how to navigate. With a town of prying eyes on them, and an unknown culprit out to stop them, Sunny and Eve will have to depend on each other like never before if they’re going to clip a killer in the bud.


In A Fatal Romance, the first book in the Twin Sisters Mystery Series, author June Shaw weaves an intriguing cozy mystery tale that easily draws the reader into following twin sisters Sunny Taylor and Eve Vaughn, as they try to solve the murder of local resident Daria Snelling.

Twin divorcee sisters Sunny Taylor and Eve Vaughn own Twin Sisters Remodeling and Repairs in Sugar Ledge, Louisiana. When the sisters attend client Zane Snelling's funeral after he drowns in a pond on his property, Sunny gets into a squabble with Zane's widow Daria after she trips walking down the church aisle and Zane's ashes spill out of the urn onto the floor and on Sunny's clothes. Sunny and Eve go over to the Snelling house and find Daria dead on the kitchen floor. Sunny and Eve suddenly find themselves on the list of suspects, so they decide to investigate the murder and find the real killer in order to clear their name before their fledgling business fails, and they become the killer's next victim!

Rich in detail and vivid descriptions, the story takes place in Sugar Ledge, Louisiana. This captivating and fast-paced whodunit tale has enough quirky characters, witty humor, drama, a growing list of suspects, and intriguing twists and turns that will keep you engaged and guessing. You can't help but get caught up in the drama and mystery that ensues as Sunny and Eve try to solve the murder while trying not to be the next victim. The twin sister's story unfolds with a wonderful balance of comedy, drama, suspense, and intriguing twists and turns that easily kept me guessing, and left me wanting more.

A Fatal Romance is an entertaining cozy murder mystery that will engage you to join twins Sunny and Eve in solving an intriguing murder mystery.

January 31 – Reading Is My SuperPower – REVIEW

Posted by Kathleen Higgins-Anderson at 6:21 AM