For Sale By Owner by Marlene Bateman (Book Review)

In association with author Marlene Bateman, Jersey Girl Book Reviews is pleased to host the virtual book tour event for For Sale By Owner! 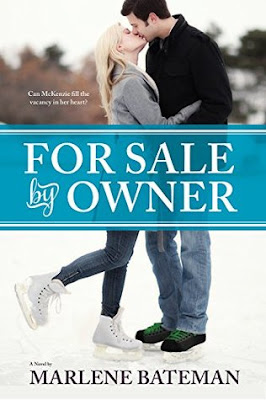 Disclaimer: I received a copy of the book from the author / publisher in exchange for my honest review and participation in a virtual book tour event hosted by author Marlene Bateman.

Filled with plans, McKenzie Forsberg returns to her hometown to spend Christmas with her family. Stressed by a year of intense, ongoing problems, she quit her high-powered job to move back and rebuild her life.  Kenzie desperately needs the peace and security she is sure will come from buying the home she grew up in. But when she arrives, Kenzie discovers that a handsome widower, Jared Rawlins, has already put an offer on the house. However, he can only close the deal if he sells his own house by Christmas Eve.

When Kenzie unexpectedly runs into a couple who are considering buying Jared’s house, she unthinkingly gives them information that changes their mind. Jared is more than a little interested in Kenzie, but has second thoughts when it appears Kenzie may have attempted to sabotage the sale of his home. Feeling bad, Kenzie apologizes but the damage may be too much for their relationship to overcome. Despite themselves, sparks of attraction grow into something more. Then, a few days before Christmas, Kenzie makes a stunning discovery about her past. In that moment, everything changes. Will the power of love be enough to bring Jared and Kenzie together and allow them to find their happily ever after?


“What made you decide to move to Lake Forest?” Kenzie asked.
“I’ve always loved it here,” Jared said. “It’s a beautiful area, and there’s a special atmosphere here. People are so friendly. I guess part of the reason I came is because I needed to go someplace new and kind of start over, you know?”
Kenzie did know. That was exactly what she was doing now. She’d gotten over Larry, but she needed to go someplace new and reinvent herself and her life.
“Now let me ask you,” Jared said. “What made you decide to come back?”
“A lot of reasons. I need a fresh start too. I’m tired of the hectic pace in Chicago.” Impulsively she added, “Also, I had to get away from my job at Midwest. A guy was causing some real problems for me—” She stopped. Their eyes met and lingered. Jared’s compassion was evident and the expression on his face kind. She felt so comfortable talking with him—as if they were kindred spirits. Something in her heart softened into a spreading pool, and she smiled at him.
Tearing open his packet of Oreo cookies., Jared took one and dunked it in his hot chocolate.
Kenzie frowned. “Figures. You’re a dunker.”
“And I bet you’re a twister.”
Snatching up a cookie, Kenzie twisted it open and took a bite of the creamy middle. “Ummm.”
Jared shuddered. “That’s wrong in so many ways.”
Picking up her mug and warming her fingers, Kenzie sipped her hot chocolate. “This is wonderful!”
“It’s a secret recipe—been in my family for generations.”
“Really?”
“No, but it sounds good, doesn’t it?”


For Sale By Owner is a lighthearted holiday romance about life choices, new beginnings, and second chances.

Author Marlene Bateman weaves a sweet holiday romance tale set in Lake Forest, Illinois, that follows McKenzie Forsberg's bittersweet return to her hometown to rebuild her life after the stress of divorce and losing her job. McKenzie wants to buy her childhood home for her daughter Sarah, but her plans are turned upside down when the house is already under contract by handsome widower Jared Rawlins, who wants to create a home of his own for his son Corey. Kenzie is determined to do anything to stop the sale of her childhood home to Jared, even though there are sparks of attraction between them, and animosity rules as they try to sabotage and outmaneuver each other's attempt of getting their dream home.

For Sale By Owner is a delightful holiday romance story that easily draws the reader into following Kenzie and Jared's journey of rebuilding their lives and getting a second chance at finding love. You can't help but become captivated by this engaging story filled with the challenges of overcoming family drama, life struggles, misunderstandings, comical mishaps, small sacrifices, and forming bonds of friendship, mixed in with witty banter and holiday cheer.

In For Sale By Owner, broken hearts and past mistakes in life choices can be forgiven with a second chance at love through the spirit and magic of the Christmas season in this heartwarming holiday romance story. 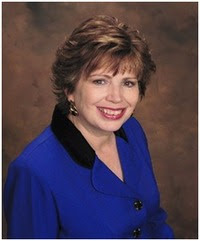 Marlene Bateman Sullivan was born in Salt Lake City, Utah and grew up in Sandy, Utah.  She graduated from the University of Utah with a Bachelor's degree in English. She is married to Kelly R. Sullivan and they live in North Salt Lake, Utah with their two dogs and four cats. Marlene has been published extensively in magazines and newspapers and wrote the best-selling romance/suspense novel, Light on Fire Island. She has written three other mysteries; Motive for Murder, A Death in the Family, and Crooked House.

Marlene has also written a number of LDS, non-fiction books:  Latter-day Saint Heroes and Heroines, And There Were Angels Among Them, Visit’s from Beyond the Veil, By the Ministering of Angels, Brigham’s Boys, Heroes of Faith, Gaze into Heaven; Near-death Experiences in Early Church History, and The Magnificent World of Spirits; Eyewitness Accounts of Where We Go When We Die.

Posted by Kathleen Higgins-Anderson at 4:41 PM