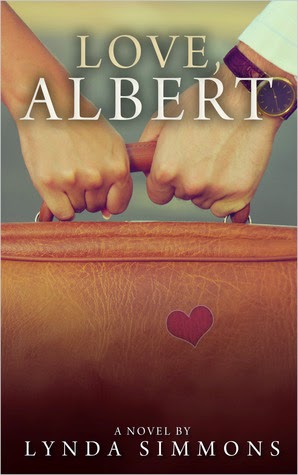 Disclaimer: I received a copy of the book from the author / publisher in exchange for my honest review and participation in a virtual book tour event hosted by Goddess Fish Promotions.

Sometimes all love needs is a road trip, a rubber chicken and a touch of magic...

Vicky Ferguson loves her husband Reid, always has, always will. But with two kids to think about, it’s time for the free-wheeling, sports car loving pilot to put his feet on the ground and lay down some roots. Reid can’t imagine life without Vicky but neither can he see himself pushing a lawn mower or driving a mini-van. They’re on track to a divorce neither one wants until a last request from beloved Uncle Albert puts them on the road together one last time.

“Which brings us to the issue at hand,” the lawyer said and opened a file. “I have here the last will and testament of Albert Ferguson. Handwritten but perfectly legal.” He leaned down and picked up Albert’s old leather suitcase. It was the only thing the old man ever carried – the true master of travelling light. Lyle set the case on the desk, undid the straps and slid back the zipper. Reached inside and came up with a pair of Groucho Marx glasses, complete with bulbous pink nose, bushy eyebrows, and a formidable mustache.

Reid sat forward. “Not the glasses,” he said, a smile already tugging at his lips.

Lyle nodded solemnly and put them on, carefully adjusting the nose over his own before picking up the paper again. The lawyer’s delivery was perfectly straight, if a bit nasal. “I, Albert John Ferguson, being of sound mind and body— ”

Reid glanced over at Vicky. She was staring at the lawyer, eyes wide, lips pinched tightly together, holding back her laughter.

“Do hereby bequeath all my worldly goods to my favorite nephew and niece, Reid Allan Ferguson and Victoria Ann Ferguson, to be used as they see fit. This includes one hand buzzer, one whoopee cushion, one pair of Groucho glasses.” He reached into the suitcase again. “One rubber chicken –”

“I’ll take that.” Vicky’s face turned pink when the lawyer paused and looked at her over the nose of the glasses. “For the kids,” she added, and turned to Reid. “Unless you want it.”

“Not at all.” He pointed to the suitcase. “But I’ve got dibs on the fl y-in-the-ice-cube.”

“One fly-in-the-ice-cube,” Lyle continued, and set it in front of Reid. “One can of worms—”

The lawyer slid the can toward him and Reid popped the lid. Three long colorful snakes sprang from the tin and flew over the desk, squeaking as they bounced against the walls. “They were always his favorite.” Reid smiled at Vicky. “Do you mind if I take them?”

She held up the whoopee cushion. “Not as long as I can have this,” she said, and Reid understood why Albert had loved her, too.

“You can go through the rest on your own later,” Lyle said, taking off the glasses and setting them aside. “But in return for his worldly goods, Albert has a favor to ask.”

Reid raised his head. “A favor?”

“More of a decree really.” Lyle cleared his throat and resumed reading from the will. “In return for my worldly goods, Reid and Vicky must promise to take my remains to Seaport, Oregon. ”

The chicken’s head bobbed as she sat up straighter. “But I thought he’d already been buried.”

“Not quite.” Lyle lifted a plain white shoebox out of the suitcase and set it on the desk in front of them. “He’s been waiting for you.”

“Ashes to ashes.” The lawyer picked up the box. “I know it’s not much to look at, but it’s practical, sturdy, and holds up to five pounds of loved one, no problem.” He looked from Reid to Vicky. “The point is Albert didn’t want a fancy urn because he wasn’t planning to spend much time in it anyway.”

Love, Albert is a lighthearted romantic comedy that follows the story about a couple who are heading towards a divorce, until a deceased uncle's final request in his will brings them together on a journey that might bring them back together.

Vicky and Reid Ferguson have been together for eight years, but six months ago the realization that they want two very different lifestyles derails their marriage, and even though they love each other, the differences in their lifestyle choices has them on the road to getting a divorce. That is until Reid's Uncle Albert unexpectedly passes away and leaves his estate to Vicky and Reid. Albert requests that Vicky and Reid take his ashes to Seaport, Oregon, and scatter them at Jackson's Point. Can a deceased uncle's final request and a road trip from California to Oregon be the unexpected and perfect way to bring Vicky and Reid back together for a fresh start?

Author Lynda Simmons weaves an entertaining tale that easily draws the reader into Vicky and Reid's journey. With a nice mixture of drama, humor, and romance, Uncle Albert's last wishes unknowingly brings this couple back together as their journey up the west coast gives them a last chance to patch their marriage up before heading for divorce court.

The author does a wonderful job of giving the reader a picture of how funny Uncle Albert was in life, and how this lovable prankster's divine intervention unexpectedly draws his two favorite people together, a broken couple who are still very much in love with each other, only to be at odds when it comes to agreeing upon a marriage based on a common lifestyle. You can't help but cheer on Vicky and Reid as the road trip gives them an unexpected and much needed chance to air out the differences in their marriage, along with the hope that Uncle Albert's last wishes will be enough to bring them back together. I loved the mixture of humor and romance that was interwoven throughout the story, it made the story both entertaining and endearing, and it easily kept me turning the pages and wondering if the road trip would save Vicky and Reid's marriage.

Love, Albert is an enjoyable story about a couple's undeniable love that is given a second chance through a departed loved one's divine intervention. It is a sweet story that will leave a smile on your face. 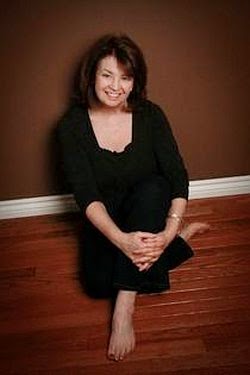 Lynda Simmons is a writer by day, college instructor by night and a late sleeper on weekends. She grew up in Toronto reading Greek mythology, bringing home stray cats and making up stories about bodies in the basement. From an early age, her family knew she would either end up as a writer or the old lady with a hundred cats. As luck would have it, she married a man with allergies so writing it was.

When she's not writing or teaching, Lynda gives serious thought to using the treadmill in her basement. Fortunately, she's found that if she waits long enough, something urgent will pop up and save her - like a phone call or an e-mail or a whistling kettle. Or even that cat just looking for a little more attention!

One randomly chosen winner via Rafflecopter will win a $50 Amazon/B&N gift card. 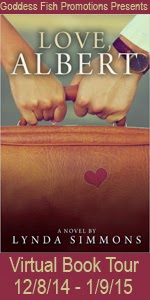 Posted by Kathleen Higgins-Anderson at 12:45 AM