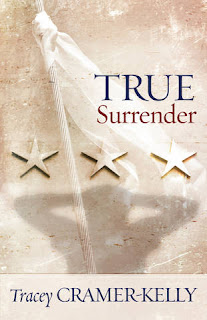 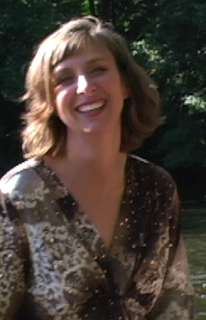 Tracey's work fuses writing, music and visual imagery whenever possible, and includes novels, short stories, essays and music videos. True Surrender is her second novel. Her first, Last Chance Rescue, is an Indie Award finalist. Her full-length music video, The Rose (Surrender Version), includes scenes from True Surrender. Her writing draws from her experience as an Army Reserve paramedic and helicopter pilot. When not managing the family business, Leader Motorcycle Accessories, she enjoys motorcycling and outdoor activities with her husband and two young children.
AUTHOR WEBSITE
FACEBOOK
TWITTER
GOODREADS
GET THE BOOK: True Surrender
Amazon
Barnes & Noble
Smashwords
Disclaimer: At the request of the author and Goddess Fish Promotions, a PDF edition of this book was sent, at no cost to me, for my honest review and virtual book tour event.
Virtual Book Tour Event: In association with Goddess Fish Promotions, Jersey Girl Book Reviews is pleased to host this virtual book tour event on Friday, December 2, 2011, with a book review of True Surrender by Tracey Cramer-Kelly!
Amazon.com Book Description:
When Major Aaron Bricewick is rescued from Afghanistan terrorists, he thinks the worst is over. But his personal journey is just beginning ...
The first surprise is the amputation of one of his legs.
The second is the woman he left behind, now a widow with a 4-year-old son - and his new prosthetist (artificial limb maker).
He vows that losing his leg won't derail his career. But maintaining his outward appearance as a got-it-together officer becomes increasingly difficult as he faces one personal demon after another - and sees his career aspirations slipping away. And though he has no intention of expanding his life to include a woman, his heart has other ideas - and finds himself questioning the very foundation of his personal beliefs.
When violence - and unexpected redemption - touch his life again, Aaron must make a stand. Which will he choose: duty or love?
My Book Review:
What would you do if you were a career military officer who has been abducted by terrorists in Afghanistan, and suffered through excruciating torture for 7 days? Would your military life ever be the same after your rescue, when you find out your injuries would include losing your leg? Would you be able to surrender your pride, and put your trust in God, the military, and let the one woman who you let get away help you recover? And if it came down to choosing between the military or true love, which one would you choose? These are the questions that Major Aaron Bricewick faced in True Surrender.
Major Aaron Bricewick is a career officer in the Army. He was leading a telecommunication unit in Afghanistan, when he was abducted at gunpoint along with his driver, a civilian contractor and a translator (who was executed for being a traitor) by terrorists. The three had been held in captivity for 7 days, with Major Bricewick receiving the brunt of the torture because of his officer's rank. When they were rescued by American forces, Major Bricewick was weak from near starvation and had life-threatening injuries to his hands and legs. After being medevaced to Germany and undergoing surgery to stabilize him, Major Bricewick was transferred to Holbrook Medical Center in Los Angeles, California, for extensive leg surgery which resulted in him having a below the knee amputation to his left leg. What he didn't know was that the woman he left twelve years ago, Holly Rossiter, would end up being on his care team as his prosthetist. What ensues in this fast paced suspenseful romance thriller is Aaron's journey towards recovery, surrendering his pride and finding his faith, discovering deceit in the military that was his life, and giving into the desire to regain the love from the woman that he had let go of so long ago.
True Surrender was everything that I could ask for in a book: a captivating mixture of romance and suspense, what a combination! In a time when Afghanistan is always in the news and our military is stationed there, author Tracey Cramer-Kelly provides her readers with a very realistic and intriguing contemporary military romance suspense thriller. As I followed Aaron and Holly's story, I couldn't help but hope that this book would be made into a movie made for television, it was that good. The storyline is well written, realistic and fast paced. The characters are realistic and believable, I could actually see them being my neighbors since I live in a military town. As a healthcare provider, I enjoyed the author's description of the medical and rehabilitation portions of the story, this is a wonderful attribute from her own real life medical and military experience. The military suspense portion of the story had me sitting on the edge of my seat, holding my breath waiting to see what would happen next. But most of all, I absolutely loved reading about Aaron and Holly's relationship journey, it was sigh worthy! There is not enough words to say how much I enjoyed reading this book, my kudos to Ms. Cramer-Kelly for providing readers with a book that will stay on my favorite list for a long time! I look forward to reading more books from this author!
RATING: 4 STARS **** 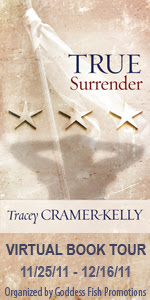 Posted by Kathleen Higgins-Anderson at 12:18 PM