Been Searching For You by Nicole Evelina (Book Review) 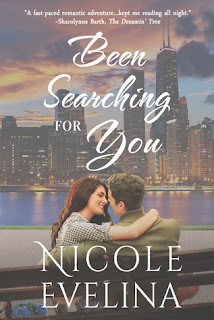 Disclaimer: I received a copy of the book from the author / publisher in exchange for my honest review and participation in a book review program hosted by Goddess Book Tours.

Annabeth is a hopeless romantic who believes in soul mates. In fact, she’s been writing to hers each year on her birthday since she was 16.

Now, at 34, she’s still holding out hope of finding Mr. Right even though he’d be fighting an uphill battle to gain her trust, thanks to a traumatic experience years before that’s left her unable to commit.

When Annabeth meets a handsome literature professor named Alex on her 34th birthday, she thinks her quest may finally be at an end. Things don’t quite go as planned, so Annabeth resolves to do everything she can over the next year to find the unknown recipient of her letters.  But blind dates, Meetup events and online singles sites have nothing on what fate has in store for her when a co-worker unexpectedly quits and Annabeth finds herself working in close quarters with both Alex and her long ago ex, Nick. Fighting her attraction to one and loathing for the other, Annabeth is forced to face all of her old insecurities while keeping an eye on a scheming frienemy who may derail her hopes and dreams.

Written in the tradition of Bridget Jones' Diary, Kim Gruenfelder’s A Total Waste of Makeup, and Melissa Pimental’s Love By The Book, it shows that love on the sweet side can exist for the modern girl, if only she’s willing to trust herself and search hard enough.

Been Searching for You was the winner of the 2015 Romance Writers of America Great Expectations and Golden Rose contests.

Annabeth is a hopeless romantic, she has written a love letter to her soul mate every year on her birthday since she was sixteen years old. The long-standing yearly tradition has continued, and now on her thirty-fourth birthday, Annabeth is still filled with hope, and she promises herself that she's going to find her soul mate this year ... one way or another.

Been Searching For You is an enjoyable romantic tale that engages the reader to follow Annabeth's journey to find her soul mate. Annabeth's journey unfolds in monthly chapters through challenging trials and tribulations of online dating, Meetup events, and three men who vie for her heart (artist Victor, college English professor Alex Grantham, and ex-college boyfriend Nick Zarrino who broke her heart ten years ago). Annabeth is interested in Alex, and when they are partnered together on a work project, their working relationship develops into a romance, but along the way life throws in some challenges that they need to overcome in order for their romance to blossom into true love.

I really enjoyed following Annabeth's journey of self-discovery, and how her working relationship with Alex slowly builds into something worth lasting when she finally lets go of her traumatic past and learns to open her heart to love. I would be remiss if I didn't mention how much of a sweetheart Alex is, his thoughtful and caring way towards Annabeth definitely makes him the kind of guy that every woman would want in their lives.

With a fun cast of characters, witty banter and comedic interactions, and a rich description of Chicago's landmarks, Been Searching For You is a wonderful romantic tale of finding Mr. Right that will satisfy every hopeless romantic, and leave a smile on their face.

Nicole Evelina is an award-winning historical fiction and romantic comedy writer. Her current novel, Been Searching for You, a romantic comedy, won the 2015 Romance Writers of America (RWA) Great Expectations and Golden Rose contests.

She also writes historical fiction. Her debut novel, Daughter of Destiny, the first book of an Arthurian legend trilogy that tells Guinevere’s life story from her point of view, took first place in the legend/legacy category of the 2015 Chatelaine Awards for Women’s Fiction/Romance, and was short-listed for the Chaucer Award for Historical Fiction. Later this year, she will release Madame Presidentess (July 25), a historical novel about Victoria Woodhull, America's first female Presidential candidate, which was the first place winner in the Women’s US History category of the 2015 Chaucer Awards for Historical Fiction.

Nicole is one of only six authors who completed a week-long writing intensive taught by #1 New York Times bestselling author Deborah Harkness. Nicole has traveled to England twice to research the Guinevere’s Tale trilogy, where she consulted with internationally acclaimed author and historian Geoffrey Ashe, as well as Arthurian/Glastonbury expert Jaime George, the man who helped Marion Zimmer Bradley research The Mists of Avalon.

Nicole is a member of and book reviewer for the The Historical Novel Society, and Sirens (a group supporting female fantasy authors), as well as a member of the Historical Writers of America, Women’s Fiction Writers Association, Romance Writers of America, the St. Louis Writer’s Guild, Women Writing the West, Broad Universe (promoting women in fantasy, science fiction and horror), Alliance of Independent Authors and the Independent Book Publishers Association. 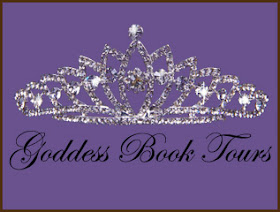